We're Not in Provo Anymore

Sometimes I see, as if for the first time, something that I've always known. For a moment the world is clear again.

Most of the non-whites had sub-Saharan African backgrounds, though there were a significant number with ancestry from the Near East, India, and Asia as well. It seemed that the only ones who fit the Mormon racial stereotype were the students with BYU's London Study Abroad program, and Janice and me.

One of the testimonies given was by a young black man who said he'd not been able to attend church for some time because he had been working in South Sudan for a health NGO but had to leave because of the war—a testimony quite unlike anything one would have found in a Provo, Utah ward that day, given by a person with experiences quite different than those of the average American Mormon.

When people think about the LDS Church, they most often think of it as they assume it looks in the U.S. along the Mormon Corridor of Utah, Idaho, and northern Nevada. Visiting actual wards in those places, they might be surprised by what they find, but even with the surprise figured in, clearly they would see predominantly white, middle class, American congregations. For most of us that is the image of "the real" LDS Church.

But that is the reality of decades ago. It isn't the reality of the present and certainly not of the future. The real LDS Church today is non-white and non-American, and English is probably not the congregant's first language, if the person speaks it at all. That is going to be more and more the case, rapidly.

My moment of clarity came as, sitting in the evening priesthood meeting, I looked out the window of the chapel just as a bus went by. On its side was a large, white banner featuring someone who looks like the prototypical LDS missionary leaping into the air. Above him were the words "I [heart symbol] Mormon," an advertisement for the popular play.

I could not but laugh, almost aloud. All of those black and Asian Mormons, more than a hundred, sat listening to a black senior leader speak, while outside the chapel people, whether Mormon or not, think that to be LDS is to look like that jumping elder and to mirror in some way the culture gently mocked through the characters of the play.

We have stereotypes for a reason, and there have been good reasons for the one we have of Mormon culture, mostly historical ones. For perhaps a hundred years, though probably less, there were exceptions to the stereotype, but it was a reasonable approximation of what it meant to be Mormon. That is no longer true.

We all know that stereotypes are dangerous to those who don't fit them. For at least sixty years we've been taught that, beginning in elementary school. It may well have been longer, but that is the time for which I can serve witness. Yet when we talk about the LDS Church, more often than not we continue to do so using the stereotype, and that's true whether we are intellectuals, or critics, or defenders, whether we are inside the Church, on its margins, or outside. We ignore the danger and proceed.

So my moment of clarity about what we all already know: we've come to a time that no one has yet really imagined, a time when to think and write about the LDS Church turns out to be more complicated and quite different than more than a few of us have assumed. It means thinking and writing about the real Church with its variety of people, cultures, and languages, a church where non-Americans outnumber Americans and English is not the majority language, a church in which, because of our diversity, perhaps the Gospel more clearly comes to the fore than the traditional culture of Mormonism. 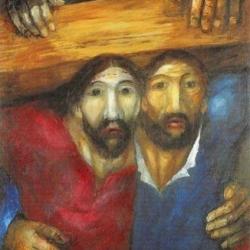 Rush Limbaugh and writing in a winter storm: How perspective can strengthen...
Jim Denison
3

Sovereign Artsakh: Stop All Forms Of Genocide Against Armenia
Christian Podcast Central Christian Podcast Central
Get Patheos Newsletters
Get the latest from Patheos by signing up for our newsletters. Try our 3 most popular, or select from our huge collection of unique and thought-provoking newsletters.
From time to time you will also receive Special Offers from our partners that help us make this content free for you. You can opt out of these offers at any time.
see our full list of newsletters
Editor's picks See all columnists