Jesus' condemnation of hypocrites is well-known. He often begins what he says to Israel's political and religious leaders with woe and then condemns them as hypocrites. Because it so easily also applies to me, one of the most memorable is: "Woe unto you, scribes and Pharisees, hypocrites! for ye pay tithe of mint and anise and cummin, and have omitted the weightier matters of the law, judgment, mercy, and faith: these ought ye to have done, and not to leave the other undone" (Mt. 23:23). Hypocrites neglect the more important things in favor of the less important.

It is easy for us to assume that Jesus condemned all the scribes and Pharisees of his day, when he did not. Some of his uses of the terms are at least neutral, if not positive, as in Matthew 13:52, and we see that scribes and Pharisees were among those who believed his message (Mt. 8:19, Acts 15:5) including, of course, Paul (Phil. 3:5).

Perhaps when we read the terms scribes and Pharisees it would be helpful to think of them as analogous to our terms Democrat and Republican. It isn't difficult to imagine someone condemning today's political leaders in general without intending to condemn every person who holds either the beliefs that characterize those groups or all of their leaders.

This comparison is especially true of the word Pharisee, which refers to a school of thought more than to a particular class of leaders; though, of course, among the leaders were those who subscribed to that way of thinking. From what the New Testament tells us, first-century pharisaism appears to have included a strict understanding of Israelite ritual purity laws, and some of those who took this approach had become political and social movers and shakers. The loosely defined group with a conservative religious understanding, whom we know as the Pharisees, had become a politically powerful interest group, as it were.

So perhaps we ought to hear Jesus' denunciations of the scribes and Pharisees as hypocrites as if he were saying "Woe to you Republicans and Democrats, hypocrites." Those groups, too, are often made-up of politically powerful interest groups who have interests other than only politics.

Hypocrite is also a word we should pay attention to. As it is for us, in the New Testament the word is pejorative: a hypocrite is a person who says one thing but does another. Hypocrisy may be the most widespread sin both then and now, though seldom is it blatant.

We all know the right answers to Sunday School questions about how we ought to be related to one another: we should love everyone; we ought not to treat people as less than us who don't agree with us or who have made different choices about how to live their lives than we have made; "I am a child of God, and he has sent me here" applies equally to everyone. In spite of that, we too could be charged with hypocrisy because, like those whom Jesus condemned, our deeds often contradict the things we say.

Seldom do we consciously say one thing and then simply turn around to do something other than that. More often we contradict what we say we should do without even thinking about it. Most often we are hypocrites when, thinking that we are doing what is right and good, we do something that is not good. I am sure that most often we are hypocrites without knowing that we are. I suspect so were the first-century people whom Jesus condemned.

In spite of what we say and even what we intend, with some regularity the things we do don't measure up to our Sunday School answers or our everyday intentions. Those of us who are educated and have white-collar jobs don't intend to make those with less prestigious jobs feel uncomfortable around us, but we do. And those who work in trades may not intend to respond to white-collar workers with the mild contempt reserved for those "who don't know how to do real work," but they often do.

People who don't smoke don't intend to associate only with others who also don't smoke. Many probably have friends or relatives who smoke. But there is usually some implicit distinction drawn among the two groups, a distinction that has valences of good and bad, and a distinction drawn in one way or another by both sides. The same goes for such things as tattoos and body piercings and, among Mormons, sometimes even for cola and non-cola drinkers.

It is human to wish to be with those who are like us and to be suspicious of those who are not. We've learned that to be one way of avoiding danger. Though we've been commanded by Jesus not to judge, in other words, not to condemn others, it would make no sense simply to ignore all discrimination. As a child I learned quickly that the best way to avoid being bullied was to remember who had bullied me and to stay away from them. I had to make a judgment about my experience and act on that. 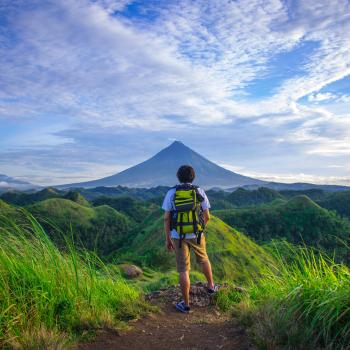 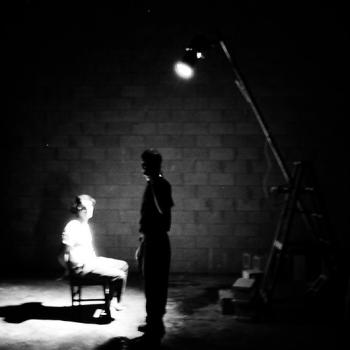 Part 3: "And the WORD 'Felt' Among Us": Are Jesus' Emotions "Readable"?...
Nijay Gupta
Get Patheos Newsletters
Get the latest from Patheos by signing up for our newsletters. Try our 3 most popular, or select from our huge collection of unique and thought-provoking newsletters.
From time to time you will also receive Special Offers from our partners that help us make this content free for you. You can opt out of these offers at any time.
see our full list of newsletters
Editor's picks See all columnists