Ralph Hancock: The Blessing of Having a Gadfly In Your Life

This piece is for a narrow audience, those Mormons who are engaged in discussions about Mormonism and Mormon studies on the internet. Even within the American LDS community that's a small group. But ask a Latin, Asian, African, or European Mormon about the topics that so engage us and the personalities so engaged, and they are unlikely to recognize one of them. Or care. But that smaller audience is often who I'm talking to in spite of myself, so let me speak directly to them.

I like Ralph Hancock. There. I've said it, not just to one or two friends, but in public. I hope that's all right.

A story here may be appropriate: A few years back Ralph was briefly hospitalized with a serious, potentially debilitating problem. I heard about it and decided to visit him in the hospital. We had exchanged a few texts since he'd been hospitalized, and I thought he might enjoy a visit. When I got to his room, though, I saw that Ralph was asleep and left. While leaving I also responded to a text from my wife saying, "I love you." But having sent the text, I looked down at my phone to see that I had sent it to Ralph rather than to her. At first I was horrified. But then I decided that saying nothing more seemed the best way to handle the mistake, and Ralph was kind enough never to mention it.

Later however I hoped that he had thought it was meant for him. It wasn't the most manly message to send, but I'm not all that manly anyway. And it said something honest about our relationship if we took away both the romanticism and the worries about homoeroticism that so thoroughly infect our notions of love. Love is a word that Christians need to take back from the world, and perhaps my mistake would turn out to be a small step toward doing so.

But why do I like Ralph? Many of those whom I hang out with on the internet don't like him at all. For some his name is an ignominious epithet. We tend to clump ourselves around names, using them to create tribes of people who more or less agree with us. Ralph's name is not as important as a tribal totem as some are, but it is an important one.

It doesn't take much investigation to know that I'm probably not usually thought of as a member of Ralph's tribe. Whatever tribes inhabit the internet's inhuman and inhumane forest, Ralph and I aren't in the same ones. So the fact that I like Ralph enough to have mistakenly (or not?) told him I love him requires explanation.

It doesn't hurt that he's a Francophile. I envy the easy way that he speaks such beautiful French. He likes Korean food, which says a great deal that is good about anyone's character. It's also great that he's interested in many of the same philosophers I am: Heidegger, Levinas, Marion. Ralph consistently gets them wrong, meaning that he ultimately disagrees with me about them, but he reads them and when we talk about them he always has interesting things to say.

Beyond such things, though, perhaps I like Ralph most of all because he is a gadfly, an equal opportunity gadfly. He has a few questions about which he is compulsively passionate, and he doesn't stop asking those questions, whether he's asking the president of BYU or a left-leaning blogger. Everything he writes is focused on those questions, whatever the ostensible topic.

Ralph is not always good about how he gadflies. He doesn't mean to sound condescending, but he often succeeds in doing so. He believes that he is asking an honest question and comes across as if he has a political agenda. Perhaps sometimes Ralph does mean to condescend. He wouldn't be the first intellectual to do so. Perhaps sometimes he does have an agenda beyond his questions. It can be hard to tell, but my impression has always been that he is not good at translating the very interesting thoughts that happen in conversation with him into the equivalent in written words. He usually intends something much less offensive than it is to some readers. (If you don't believe that, take Ralph to lunch sometime and talk with him.)

As a gadfly Ralph makes us uncomfortable because he won't quit asking those questions even when we think they have been resolved. I like Ralph because he makes me uncomfortable.

Sheep, goats and vaccines — How religion creates a permission structure for...
Andrew Seidel
2 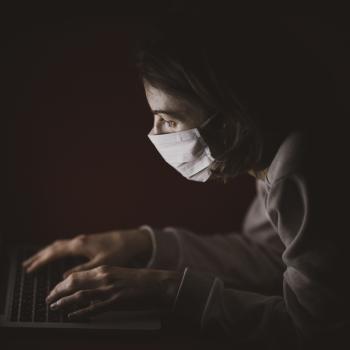 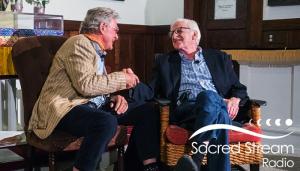