A Mormon Understanding of Repentance and Baptism

The fourth of Latter-day Saints' "Articles of Faith," which give a list of some of the basic beliefs of Mormonism, says, "We believe that the first principles and ordinances of the Gospel are: first, Faith in the Lord Jesus Christ; second, Repentance; third, Baptism by immersion for the remission of sins; fourth, Laying on of hands for the gift of the Holy Ghost."

But what do repentance and baptism have to do with one another such that they are said to be among the "first principles and ordinances"? On this point Mormon understanding doesn't differ greatly. In Romans 6:4 the Apostle Paul uses a Jewish idiom to describe what ought to be the result of baptism: "Therefore we are buried with him by baptism into death: that like as Christ was raised up from the dead by the glory of the Father, even so we also should walk in newness of life." The Greek word that Paul uses here for newness suggests something extraordinary, something new in the same way that the earth will be new at the Second Coming.

If I understand his willingness to suffer for others, even though unjustly, then I will also be willing to suffer for others without refusing unjust suffering. And through that suffering I will be given a new kind of life in this world. If I recognize him for who Christians claim him to be, then I am willing to suffer the death of my present life and to enter, through a kind of resurrection, into a new life.

As I read Paul, the latter is more his point (though it isn't easy to tweeze the third understanding apart from the second one). If I share in Jesus' death and resurrection, then it is not possible to come to him and recognize him as the Christ, or Messiah, without also living a new life. Coming to Jesus is impossible without repentance, not because he has arbitrarily decreed it, but because repentance—turning from lives of sin—and coming to him are the same thing.

If we were to compare our life prior to baptism to the world as it presently is, then our life after baptism ought to be like the world will be when it is renewed in all "its paradisiacal glory" (Articles of Faith 10). After repentance and baptism, the world ought to appear to us as a different place. We ought to be who we are differently in that world, and we are likely to be surprised at what that difference entails.

Though Doctrine and Covenants 22:2 addresses a different topic, its words are applicable here: "Wherefore, although a man should be baptized an hundred times it availeth him nothing, for you cannot enter in at the strait gate by the law of Moses, neither by your dead works." Even baptism by one with authority (something that Mormons believe is essential) avails us nothing unless it is the pivot point at which our life changes, the point at which we turn away from who and what we have been to be something new in a new relationship with others and the world.

Without new life, our baptism is more than a mere ritual, a mere fulfillment of the law, a dead work: in addition to necessary authority, to have effect baptism must be founded in our faith and repentance. But it must also mark the beginning of a remarkably new life.

Some might mistake this understanding of repentance and baptism to mean that they immediately bring complete perfection before God, or conversely that if we are not yet living completely perfect, whole lives, then our baptism is not yet effective and we remain within the realm of death. (The second of these is a mistake sometimes made by those who suffer from misunderstanding the commandment to be perfect.)

However, Paul implicitly speaks of the beginning of new life, not of its completion. At the end of Romans 6:4, we could understand him to be saying "we should begin to walk in newness of life." Living the new life made possible by Jesus Christ is something that those who trust him, repent, and are baptized have begun, not something they have completed.

Of course, that does not excuse our present imperfection, nor does it say that present perfection is impossible. Regardless of how well we have reached the goal of becoming whole (the scriptural meaning of "perfect"), we must continue to walk in newness of life. That is something we do and continue to work at doing, not a destination we reach.

I Will Not Remain Silent
James McGrath
2 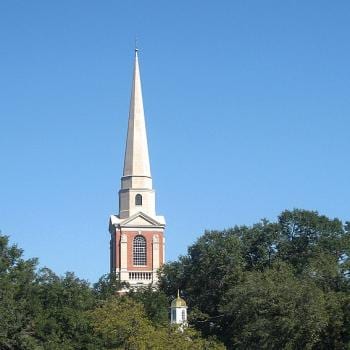 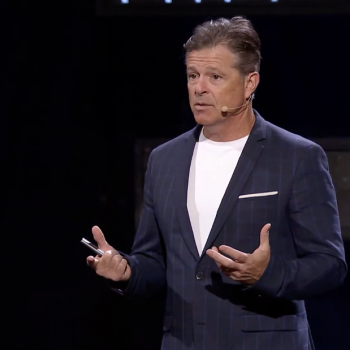 Evangelist: Pray for Me in Asia Because Buddhists Have "Emptiness on the...
Hemant Mehta
4

Happiness and Bernie
Anne Kennedy
Get Patheos Newsletters
Get the latest from Patheos by signing up for our newsletters. Try our 3 most popular, or select from our huge collection of unique and thought-provoking newsletters.
From time to time you will also receive Special Offers from our partners that help us make this content free for you. You can opt out of these offers at any time.
see our full list of newsletters
Editor's picks See all columnists