This could have described the Chambers' past as well as their future. Both Sam and Amanda knew the enforced limitations of slavery, the power of the auction block, and the futility of hoping for enduring family ties when a master could sell off a spouse or children on a whim. As one who had had his mother sold off and had himself been sent from Alabama to Mississippi, imagine how Sam must have treasured his knowledge that no one could part him from his loved ones now. He was settling into his home, and it belonged to him. There is much history behind his simple words: "It is our privilege to call our families together, and we can sleep sweetly, and rise and thank God in the morning, for his care thro' the night. It is good when we can go about our business, and return again, and find all right."

When he was emancipated in 1865, Sam had to consider how he would make his way to Utah. As other newly emancipated slaves, he owned nothing. For the first time in his life, he could begin a business calculated to provide for his own family, not his master's. He started several businesses, including shoe cobbling and sharecropping. Still, the journey to Utah was daunting for a man who had been free for only five years. We don't know what challenges the Chambers and Leggroan company met en route, but we do know that Sam was uneasy about the journey before embarking on it, and was unsure of how it could happen:

13 November 1876: I rejoice I ever lived in this great and momentous age, for truly, in the days of my youth, tho' in bondage, I greatly longed to come here, tho' I never could see how it would be brought about. I desire to carry out every measure. I could not see (for a while) how I could pay tithing and live. But the spirit said to me, "All things are possible with God."

He and Amanda prospered, and became renowned cultivators of grapes and currants, eventually wealthy enough to travel back to Mississippi by train as successful entrepreneurs. There, they were welcomed by friends and family before returning to Utah.

Though Sam was never ordained to the priesthood, he served as a deacon, which meant that he kept the church in order, tidying as needed. He valued this calling, though it was a lowly one, and spoke of it on June 12, 1876: "Some think it is small to be a deacon. I think there is nothing small in the kingdom of God. David said 'I'd rather be a doorkeeper in the house of my God than to dwell in the tents of wickedness.'"

In 1901, Sam and Amanda became members of the Wilford Ward, and the bishop, James Devalson Cummings, continued reports on Sam's testimonies and those of others in the ward. Ned and Susan Leggroan (Amanda's brother and sister-in-law) had moved to Milo, Idaho in the meanwhile.

Sam and Amanda at the Leggroan cabin in Milo, Idaho

When Bishop Cummings reported on his ward's organization he quoted Apostle Abraham O. Woodruff, who said of Sam that he would be "a Savior to his race and would attain to the Celestial Kingdom if he continued faithful."

Some eighty years later, Bishop Cummings's journals were given to his descendant, David K. Swenson. Swenson was touched by the prophecy of Apostle Woodruff, and found that he couldn't get his mind off of Sam and Amanda Chambers.

Swenson describes his experience after a sleepless night:

I got up and decided to go to the recently dedicated Jordan River Temple. I arrived in time for the first session at 5 am. Not many were there. The session no sooner started than with great force, my thoughts and impressions settled on this black man, Samuel Chambers. It dawned on me that this was a special man, but that he hadn't had the opportunity to receive the priesthood or the blessings of the temple when he was alive, because he was a Negro. But that had changed with the revelation through Spencer W. Kimball in June of 1978 extending the priesthood to all worthy males of the church. I felt as though I had just experienced a powerful revelation from the Lord. I left the temple and went straight downtown to the family history library and found the records of Sam and his wife Amanda. With some major obstacles to overcome and months of research and a special meeting with the director of temple name submissions for the Church I obtained permission to do the temple work.

They selected April 13, 1984 as the date for doing the ordinance work for the Chambers family. Brother Swenson asked his friend, Barr Moss (a member of the Jordan River temple presidency) if he would act as the sealer. Though Brother Moss thought he would likely not have time to performing the sealing, he asked for the couple's name. Upon hearing "Sam and Amanda Chambers," Brother Moss exclaimed, "This is a miracle!" As a boy, he had known Sam and Amanda well. He promised to be there to seal them. 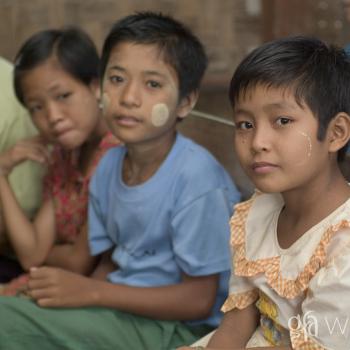 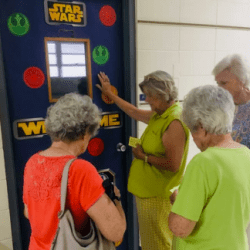 Weekly Wrap: FFRF’s new website, standing up to those in power, and a plethora...
Freedom From Religion Foundation
Get Patheos Newsletters
Get the latest from Patheos by signing up for our newsletters. Try our 3 most popular, or select from our huge collection of unique and thought-provoking newsletters.
From time to time you will also receive Special Offers from our partners that help us make this content free for you. You can opt out of these offers at any time.
see our full list of newsletters
Editor's picks See all columnists