There were many good things about the conference, most of them intellectual. But it was also a good reminder that many people differ from me in their understanding of what it means to be a Christian. We differ theoretically and theologically, but we differ very little in important ways, perhaps the most important ways. They too recognize the lordship of Jesus Christ. They too acknowledge the call to live as Jesus taught, to be different.

Though we didn't worship together at the conference, I had feelings similar to those I've had when I have worshiped with others, feelings that were reinforced when I attended mass on Sunday morning. Seeing God through another's eyes, hearing his word from the lips of a stranger, watching others remember him by taking the tokens of his body and blood, these kinds of things reminded me of the catholicity of Christianity. They reminded me that I am not only a Mormon, but also part of a larger group, Christians, also part of an even larger group, believers.

It is easy for me to become so involved in the language and culture of my own faith that others can seem alien. They don't seem to be saying anything like what I would say; much of what they say sounds foreign. When they speak I am likely to misunderstand what they say, either concluding that it makes no sense or understanding it differently than they intended. And when I explain myself in what I think is the most straightforward, obvious way, it isn't unusual for me to be misunderstood.

On the other hand, we often sound much the same when we speak of faith. Our languages are like British and American English or, better, German and Dutch. They sound similar but may differ remarkably. Those of other faiths speak one language, and I speak another.

If I am going to understand and make myself understood, I need to learn the language of those to whom I am speaking. That's a basic principle of beginning rhetoric, but it is a principle easily forgotten. I suppose I forget it because I become so accustomed to my native religious tongue that it begins to seem like the language everyone speaks—or should speak. The way I speak of my faith within that faith comes to seem like the natural language for anyone speaking of faith.

Finding myself in a Christian world that speaks many different languages, and in which I speak what may be one of the most unusual, what I hope for is the gift of believing tongues. Having that gift wouldn't require that I abandon my claims to truth. It wouldn't require that I attenuate any of my basic beliefs. Presumably it would make it possible to see more clearly how and where my beliefs differ from those of others.

Unlike the spiritual gift of tongues, however, this one requires work. I cannot learn to understand others or learn how to make myself understood to them if I'm not willing to put in the time to learn their languages well.

If you can't understand how anyone could believe what another believes, then by definition you don't understand them or what they believe. They remain alien. (See a related point by William Hamblin and Daniel Peterson.) But understanding others and making ourselves understood to them is impossible if we approach them as enemies or aliens.

I suspect that if we have charity, then we will always be able to find a way to understand and be understood. The gift of speaking in tongues with other believers, Christian or not, will follow. 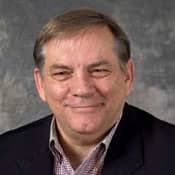 About James Faulconer
James Faulconer is a Richard L. Evans Professor of Religious Understanding at Brigham Young University, where he has taught philosophy since 1975.