Taking the Red Pill of Theology

In the film, "The Matrix," Neo is offered the choice between a blue pill and a red pill. The first allows him to remain in the fictional world of the matrix; the second puts him into the real world outside the matrix.

Sometimes I think that those of us who like philosophy and theology faced a similar choice and took a pill that forces us to ask philosophical / theological questions. It's like having a disease, a dis-ease with the religion in which we find ourselves and a need to have answers to the questions that our disease raises.

But it doesn't take much to know that our disease is, indeed, a disease. The red pill of theology and philosophy isn't that of the real world, with the blue pill being the world of fiction and illusion. Perhaps things are the other way around: theology and philosophy take us into the world of illusion, where things that are unreal seem very real and very important, while the blue pill of ordinary life keeps us in the realm of the most real.

Even if that isn't the case, philosophy / theology isn't something that we ought to require of every person. Socrates is wrong when he tells us that the unexamined life, the life free of the disease I speak of, is not worth living. (Though I'm willing to grant that his rhetorical situation before the Athenian court may have required that exaggeration.)

Theological thought isn't essential to a Christian life, to a life in the gospel. If it were, my wonderful grandmother, who didn't have an intellectual bone in her body, wouldn't be a candidate for celestial glory. But I think she's likely to be there far ahead of many of us who've taken the pill. Those of us who've taken the pill must be careful about implicitly assuming that it gives us some kind of leg up before God.

Of course it doesn't follow that philosophy and theology are useless. Some of us have already swallowed the red pill and can't help but ask the questions. Some of us seem to have swallowed it in the womb. If you're a person who really hankers to think about philosophical and theological questions as they relate to the gospel, then the internet and blogs are a good place to find people with whom you can talk.

I spent a good part of my life looking for people with whom I could have such conversations. I had success finding them among students, but the relationships of students and teachers doesn't last long enough for those conversations to go on. They get started, develop well, and then they end and you have to start over again.

For a little while I looked for them in my congregation. Luckily, though, I learned early on that I was seldom going to find them there. More important, I learned that I ought not to be looking for them there. Sacrament meeting, Sunday School, and the men's and women's classes (priesthood and Relief Society) aren't the place for those kinds of discussions.

I guess I could add "unless you're a high priest," the group of mostly older men in a congregation. Once I was going into a meeting at Brigham Young University with a number of other people, including Elder Henry B. Eyring, First Counselor in the First Presidency of The Church of Jesus Christ of Latter-day Saints. In terms of Mormon hierarchy, only one person, the Prophet, "outranks" Elder Eyring. As we were gathering into the meeting room, someone took the opportunity to ask Elder Eyring a theological question. His answer was, "The average high priest group knows more about the answers to those kinds of questions than the First Presidency does."

Elder Eyring didn't intend what he said to downplay the authority of the First Presidency. He assumed, with us, that if needed the First Presidency has the authority to receive answers to theological questions and to promulgate them. Instead, I think his point was that as the leadership of the LDS Church they seldom concern themselves with those kinds of issues because from their point of view those issues are not particularly important.

The First Presidency doesn't do theology because, instead, they preach salvation, spiritual and temporal. That doesn't require preaching theological explanations of salvation. We could think of what they do as theology in a quite different sense, preaching the word that God gives us rather than preaching the scholars' word about God. 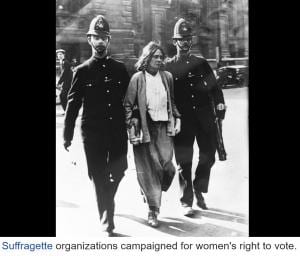 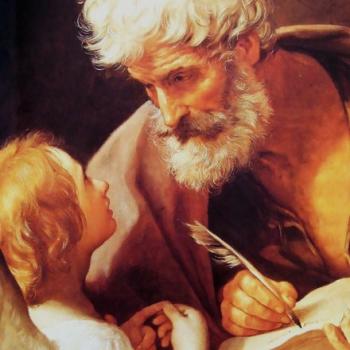 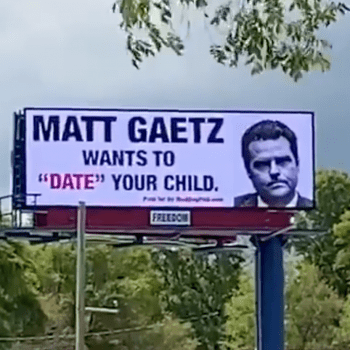 'Matt Gaetz Wants To ‘Date’ Your Child' Billboard Is Real
Andrew Hall
Get Patheos Newsletters
Get the latest from Patheos by signing up for our newsletters. Try our 3 most popular, or select from our huge collection of unique and thought-provoking newsletters.
From time to time you will also receive Special Offers from our partners that help us make this content free for you. You can opt out of these offers at any time.
see our full list of newsletters
Editor's picks See all columnists