Toes, Fingers, and All that Stuff: Resurrection

Some years ago a colleague from another university took me aside at a national conference. "Jim," he said. "You've got to talk with N___. He believes in a literal resurrection. You know, toes, fingers, all that stuff." N___ was a fellow Mormon and a younger colleague with whom we had both worked. The colleague who had approached me is a well-respected and well-known contemporary philosopher who hoped to save N___ from himself.

It had never dawned on me that my friend didn't know that I, too, believe in a literal physical resurrection, "toes, fingers, all that stuff." When I told him that I do, he looked shocked. I suspect his opinion of me as a philosopher, whatever it had been, dropped considerably.

Christianity is sometimes criticized as denigrating, even hating, the body. There have been Christians who, following the gnostic heresy, have taken that route. But for the most part Christianity has valorized rather than devalued the body. We joy in our bodies, and belief in the literal resurrection is belief in the continuation of that joy.

Often Paul is accused of being a body-hater. But taking Paul as condemning the flesh, for example in Romans, requires overlooking the fact that he says Christians, who obviously remain embodied, are no longer in the flesh after their conversion: "Ye are not in the flesh, but in the Spirit" (Rom. 8:9).

The Hebrew Bible doesn't distinguish the body as a separate part of the human being. The soul is the living, embodied person rather than the person him- or herself apart from the body. The person is the corporal person. Similarly, Mormon scripture defines the soul as "the spirit and the body" (D&C 88:15, my italics)—and even the spirit of the person is material in some sense (D&C 131:7). Only the embodied person is fully what God has created.

The idea that the body and the spirit are two distinct entities and that the person as such can exist as merely an unembodied spirit has more to do with Plato's thinking (e.g., Phaedrus 250c; Gorgias 493a) than with Christianity. Over time Plato's idea became an idea that the best life is one in which the human ego gradually separates itself from the body and is finally liberated in death. Perfect human existence is incorporeal. But such a belief is neither Jewish nor Christian.

It is understandable that many Christians have moved away from belief in a literal resurrection. One is hard-pressed to square the belief with a scientific understanding of chemistry, physics, and biology. A few Mormons have dealt with the difficulty by embracing transhumanism. Most settle, as I do, for simply not knowing how resurrection is possible.

However they square their belief in a literal, physical resurrection with science, most Mormons believe that is what the Bible and the Book of Mormon teach about Jesus' resurrection and that they, too, will be resurrected as physical beings.

Of course, Mormons aren't the only Christians to believe in the literal resurrection of the body. We share that belief with many. But the belief is particularly important to Mormons because of our belief that not only is Jesus embodied, but so is the Father (D&C 139:22). Being perfect or complete in the same way as the Father (Mt. 5:48) includes being perfected and completed in body.

The belief in resurrection, however, is important not only because of what it says about life after death. For many of us, questions about what happens after we die are of secondary or tertiary importance compared to other matters. Instead, belief in literal resurrection is important because of its implications for our lives here.

Perhaps the first implication is that suffering is unavoidable. According to the Book of Mormon, Christ had to suffer: 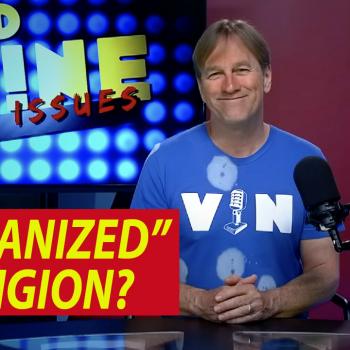 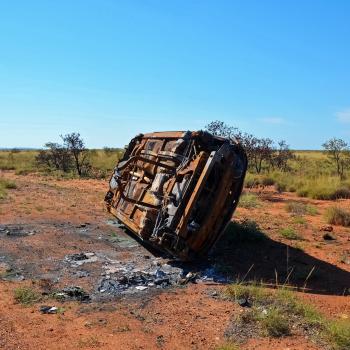 Derek Carr and the Kingdom of Heaven
Matt Pearson
4