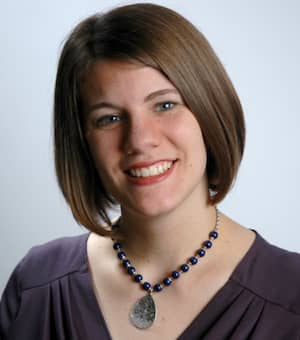 After majoring in English Literature at Bryan College, a Christian liberal arts college in Dayton, Tennessee, Evans became a columnist and humor writer for the Dayton Herald-News. In 2008 she started a blog and sold her first book Evolving in Monkey Town (later renamed Faith Unraveled) to Christian publisher Zondervan. The book follows her personal journey from doctrinaire religious faith to one more accepting of questioning and doubt. The New York Times Bestseller A Year of Biblical Womanhood (Thomas Nelson, 2012) follows Evans as she attempts to live one full year according to strict biblical principles. Her latest book is Searching for Sunday (Nelson, 2015).

Despite identifying with evangelical Christianity for most of her life, Evans has courted controversy among evangelicals by supporting LGBT rights, accepting evolution, and questioning the doctrine of hell. But she also raised hackles in her progressive audience by announcing in 2016 that she is “pro-life.”

Evans has been dismissed by some prominent evangelical voices for criticizing theology or church doctrine without benefit of a degree in theology or ministerial experience. She has countered that this is largely motivated by the “threat to authority” represented by bloggers and other unorthodox outside voices to the traditional power structures of the church.

In 2015, Evans announced that she had left her evangelical roots to become Episcopalian.