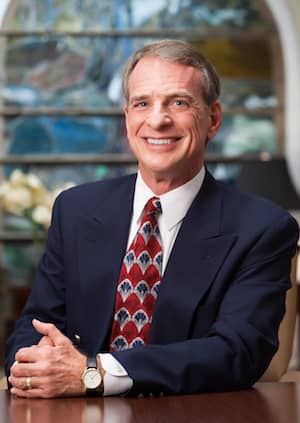 William Lane Craig (b. Aug. 23, 1949) is a Christian apologist and professor of philosophy of religion at Biola University and Houston Baptist University.

During his first doctoral studies at the University of Birmingham in the United Kingdom in the mid-1970s, Craig became interested in apologetics practiced by the Kalām scholastics of medieval Islam, including Al-Ghazali. Craig’s first major publication, titled The Kalām Cosmological Argument (1979) offered a modernized defense of the classic argument that everything must have a cause. Craig argues that the cause of all creation is a creator who willed the universe into existence. He has also developed extensive scholarship on the historicity of the resurrection of Jesus.

In addition to his university teaching and authoring more than 40 books, Craig established ReasonableFaith.org as a hub for his apologetics ministry. The site houses videos, podcasts, articles, and links to Craig’s social network accounts.

Craig honed his skills as a championship debater in high school and has continued to pursue debate as an element of his Christian ministry, debating scientists, philosophers, and religious scholars on a range of topics.

In 2017, Biola University established the William Lane Craig Endowed Chair in Philosophy in his honor.

Image by ReasonableFaith.org CC BY 3.0 via Wikimedia