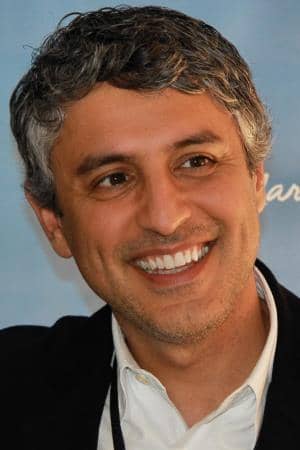 Reza Aslan (born May 3, 1972) is an Iranian-American religious scholar and commentator.

Aslan’s Shia Muslim family fled the Iranian Revolution in 1979, relocating near San Francisco in the United States. As a teenager, Aslan converted to evangelical Christianity, then returned to Islam in his early 20s, shortly before enrolling in Harvard Divinity School. He currently describes himself as closest to the Sufi movement within Islam.

Aslan has authored three books to date: No God but God: The Origins, Evolution, and Future of Islam (2005), How to Win a Cosmic War (2009), and Zealot: The Life and Times of Jesus of Nazareth (2013). In addition to his frequent television appearances as a commentator on religious and social issues, Aslan owns and operates Aslan Media, a company providing coverage of the Middle East and its global diaspora.

In 2017, Aslan produced and starred in a CNN series called Believer, exploring unusual religious traditions and practices worldwide. The show was embroiled in controversy with accusations of stereotyping and the reinforcement of clichés. When he tweeted a profane message about President Trump’s response to the London Bridge terror attack of that year, CNN cancelled plans for a second season of the show.