And yet again further, don't even get me started on how some of the loudest advocates for equality in the (mostly) white gay male community routinely throw people of color, lesbians, bisexuals, trans people, and economically-disadvantaged people under the bus (a bus that many of them cannot literally afford to take). And, not only the marginalization, but also the wanton and deliberate exclusion and derision perpetrated on the asexual community by "otherwise queer," straight, and even Pagan individuals (some of the latter of whom assume that all "healthy sexuality" wants to be expressed physically) edges that dial of violet-hot fury towards three-hundred-and-eleven . . .

On the one hand, I am thankful that after all of these years of being aware of these issues, and where possible fighting for them, I can still get this angry at the atrocities many of my people face on a daily basis. Apathy is an enemy that I've been able to keep at bay very easily for much of my life. But adding to the litany of atrocities that the fullest range of queer people endure on a daily basis doesn't seem like it's particularly useful for doing anything but raising my blood pressure.

So, what is an angry queer to do? Breathe? Meditate? Go punch a pillow? Take up target shooting and use pictures of the most infamous perpetrators as targets?

What I've tended to do is vote, sign petitions, talk with people about these issues, and in other ways try to be aware of them.

I have become very good at dialing down that anger to a dull roar in the background for much of my waking existence, letting it out in the occasional safe environment, and on occasion writing a piece like this one to vent a bit. Is it the best possible solution? Probably not; but, it generally does the least amount of harm, and saves me a lot of time that might otherwise be wasted writing angry comments on posts like this one (and many others on that particular blog). My anger is endless for things like this; but my time in my current existence is not, and thus choices must be made to produce things like this instead.

May all of your gods walk with you, and you with them, in anger and in peace.

Still on the Road
Kristen Allen
2 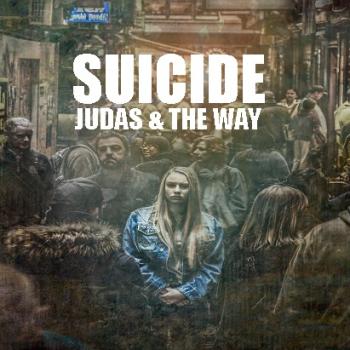 Suicide, Judas, and The Way
Fellow Dying Inmate
Get Patheos Newsletters
Get the latest from Patheos by signing up for our newsletters. Try our 3 most popular, or select from our huge collection of unique and thought-provoking newsletters.
From time to time you will also receive Special Offers from our partners that help us make this content free for you. You can opt out of these offers at any time.
see our full list of newsletters
Editor's picks See all columnists