As Earth Day 2012 arrives it is good for we Pagans to think deeply about it's plight, both as a day, and the planet for which it is named. Along with cultural feminism, environmentalism was the greatest gift bequeathed to the country from the 60s and 70s, and Earth Day is its greatest symbolic expression. As Pagans I think we should treasure both.

Yet since that day was named America's powerful have become ever more ignorant, or perhaps simply more honest. Today the most powerful figures in our land, political, economic, and spiritual alike ignore that we are inextricably intertwined with our planet and the life that animates it. Decades after Rachel Carson demonstrated to all intellectually honest people who took the time to look that our personal boundaries were only partial, and that what we did to our environment would rebound back on us, Democrats and Republicans alike pretend her words never existed. Why?

Part of the reason is the nihilistic corruption that is so deeply entwined with corporate culture.  It may yet destroy us.  Americans as a people have long loved nature, and one of the corporatists greatest sins against Americans, and there are so many, is their having spent millions to convince many Americans that loving the environment is somehow anti-progress and anti-human. It is the opposite.

I have quoted Aldo Leopold's observation that what most distinguishes human beings from every other form of life is our capacity to care for other beings of no utility to us, and with whom we have no personal attachment. But there is another cause as well. Whether it is Leopold's passenger pigeon or many of us today who care about preserving the North Slope of Alaska even though we know we will never see it, our sentiments are uniquely human, unlike those of anti-environmentalists, particularly economists, who see everything, often even other people, in terms of their utility.

But there is another level to explore here. Why have so many Americans been somewhat receptive to these claims?

I think our monotheistic heritage deprives us of many insights we could rely on to come to a wiser perspective.

Even so-called secularists have incorporated transcendental monotheistic assumptions about the world into the core of their beliefs.  At root most secularists believe with their monotheistic brethren that we are somehow so unique in the world that we are not truly a part of it. For example, the debate over "nature vs nurture' concerning human character accepts that nurture is not a part of nature. Nature is harsh fate, nurture is a human choice, and the distinction between them is sharp. Happily this simplemindedness is eroding, unhappily it has not eroded very much.

There is a complementary assumption. Morality must come from outside the world, either from some Creator Deity or from Abstract Reason. The world itself is amoral, whether because it is 'fallen' or because nature is "red in tooth and claw," a battle of "survival of the fittest" manipulated by "selfish genes."

Both attitudes have their roots not in observation or science, but in pre-scientific assumptions rooted in flawed theologies.

Biologists are now discovering that every dimension of who we are reflects our having arisen on this world, and done so in a long evolutionary process.  Our world is reflected in our hands, our binocular vision, our skeleton, and everywhere else.  The proper term for our coming into existence, as well as every other being's having done so, is "co-evolution," beginning in the earliest millennia of life's existence, when the oxygen we breath was formed by living beings.  In a very real sense our world is life's creation even as we are our world's creation.

As for morality, now that they are looking biologists are finding what we would call animal moralityin many animals. Neuroscientists are discovering mirror neurons in not only human brains but animal ones as well. Empathy is hard wired into us, and people without it, no matter how high they rise in corporate America  or politics, are scientifically speaking, deeply defective human beings.  Darwin has been shown to have been right: morality is an evolutionary expression of life on earth. Now E. O. Wilson, who once helped popularize the "selfish gene" idea has realized it is unable to describe a great deal of what exists in life, including ourselves.  His new book, The Social Conquest of Earth, turns away from Richard Dawkins, back to Darwin. 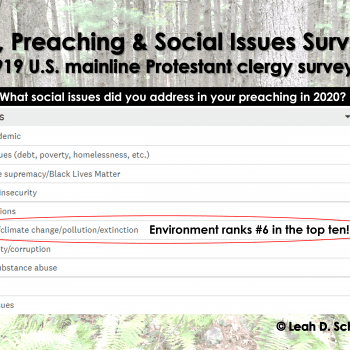 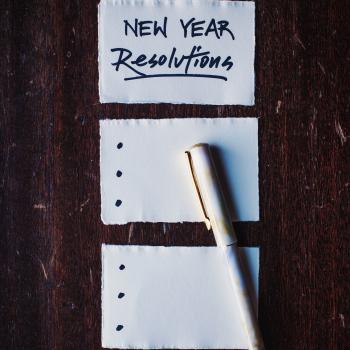 Make Every Day A Day Of Rest
Anne Kennedy
4 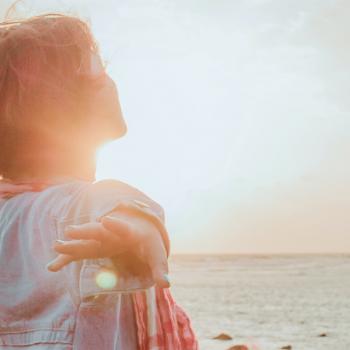 Live Free and Attract Others to Jesus
Robert Wachter