The dirty secret of capitalism is that it, not government, abolishes private ownership. When I own something I am responsible for it. When I own anything less than a majority of a company's stock I have no responsibility for how the company operates. I do not control it. My option if I disapprove of what the company does is not to have it change, but to sell my shares and leave. In such case my stock is bought by someone who approves or doesn't care that the company is acting in a way I dislike. In other words, I either put up with bad actions or transfer my "ownership" to someone who will.

Further, if I am an ethical CEO and sacrifice my share values to follow an ethical position, I run the risk of a hostile takeover and my being replaced by others with fewer ethics.

The shareholders do not really control the stock unless they are majority holders, which very few are. The CEOs do not really control the company because they are selected by those controlling the shares. So who really owns corporate property? In a very real sense no one does. Or to put it differently, capitalism as a system does, and rewards those who administer the shares proportionately to how well they subordinate all other values to maximizing money profit.

Corrupt CEOs can enlarge their salaries beyond reason, but only from within this system and serve capitalism. The result is a morally corrupt system whose principal officers are comfortable with its amorality.

This is capitalism and the pattern is endlessly repeated as companies are incorporated into its soulless Borg as soon as they go public and have to choose between maximizing money profit and doing the right thing.

The economic world of small owners and family-held businesses is not part of capitalism. In markets, people in positions to make decisions are able to trade off profit and other values, and some do, some don't. Markets are realms of freedom.

The old Pacific Lumber was such a company. Locally owned businesses are. Even some very large concerns are. They still exist within a realm of individual freedom and responsibility.

A market economy differs from a capitalist economy in that prices are signals telling us how we are doing and helping us make choices in keeping with all our values whereas in capitalism prices are commands telling us what to do unless we want to lose our resources and jobs. It is a form of the top down domination that the Declaration of Independence pushes against.

Someone might accuse me of nostalgia at this point. The world is not a world of mom and pop stores anymore and I should get used to it.

They are wrong. Last month I was with a group that visited and studied the Mondragon Cooperatives in Spain. They are worker owned and have been for over fifty years. They now number over 80,000 members. They export all over Europe and to this country as well. They have recently founded a university and have perhaps the largest R&D facilities in Europe.

At a time when Spanish unemployment is 24-25 percent, Mondragon's is 0 percent.

Most importantly for my purposes, their worker owners can and do make ethical decisions without being punished by capitalism with expropriation of their enterprises. They are not Pagans but they are human beings with complex ethical sensibilities that dwarf anything a modern corporation is capable of. Myfirst of many write-ups on Mondragon is on my personal website.

Equating capitalism with free enterprise or free markets is a confusion and a scam that benefits only the worst of the 1 percent and diminishes the impact of human and spiritual values to the circle of our family and friends while subjecting both to the most thoroughgoing institutional nihilism perhaps to have ever existed.

Living by Our Values

So how might Pagans encourage a movement back toward a human economy, one able at least to address our values? How can we make our spiritual beliefs count for something throughout our lives rather than, like 'Sunday Christians,' an occasional indulgence in good thoughts quickly forgotten most of the time? Here are a few ideas:

My point is not to try and live a "purer than anyone else's" lifestyle. I don't. My point is to begin gently moving our lives into greater support of institutions and people who are at least able to act in an ethical way with the world. They need not be Pagans obviously. Most people are far better than the institutions of our society, but what makes them better gets little expression within these institutions. As we do so we will be bringing still more of our lives into better harmony not only with our spirituality, but with the best of our American traditions. 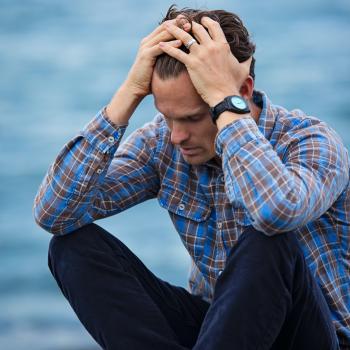 I Cannot Do All Things
Karl Forehand
2

Ravi Zacharias: I didn’t want it to be true. And that’s the problem
Justin Brierley
3 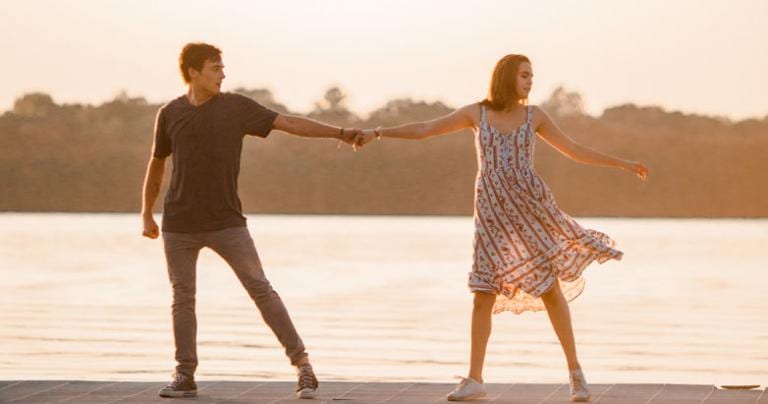 Will There Be a Sequel to "A Week Away"? The Cast and Creators Respond
DeWayne Hamby
4

Craig's Atonement and the Death of Christ-- Part Three
Ben Witherington
Get Patheos Newsletters
Get the latest from Patheos by signing up for our newsletters. Try our 3 most popular, or select from our huge collection of unique and thought-provoking newsletters.
From time to time you will also receive Special Offers from our partners that help us make this content free for you. You can opt out of these offers at any time.
see our full list of newsletters
Editor's picks See all columnists