It has been a while since I've written anything here; and, even on my own personal blog, where I'm fairly loquacious and a frequent (usually daily) poster, I've been unusually quiet lately. There are many reasons for this…

Many are aware of the "Four Powers of the Sphinx," namely "To Know; To Will; To Dare; To Keep Silent." T. Thorn Coyle has written an entire book based around this schema, which I reviewed earlier this year. I have not used this schema much in my own life previously, but like almost anyone, I can look at it relatively easily and see what areas I tend toward more, and in which I'm weaker. I'm sure most people who know me might suggest that "To Know" is probably my strongest suit, as it were; still others might say "To Dare" is something that I've done when called to with some aplomb; and yet others might suggest that "To Will" is very much a driving force in my life behind many of my other activities. All of these may or may not be true at different times and places.

I suspect, though, that most would say "To Keep Silent" is not a strong suit of mine at all. (In fact, several people I've come into contact recently would actually prefer me to be more silent than I have been on certain issues!)

I think such an assessment is wrong, though.

Far more often than I speak (or write), I am silent. There is far more that I am not saying and have not said than I have said or written.

Some of it doesn't need to be said—so much has already been said better or more effectively by others. Some of it downright shouldn't be said, lest I alienate potential allies and offend those with whom I am close. And, of course, some of it can't be said, because there are some things that must be seen, heard, felt, and experienced for oneself that cannot be easily put into words that anyone else will find comprehensible at all. (Indeed, such is the nature of experiential, practical, non-creedal religions.) But a good deal of it should be said, or could be said, but I am silent about it unless a need arises: someone asks a question, an unexpected event occurs, an opportunity arises. I suspect all of this is true of many other people as well.

We are about to enter the most holy time of year in the Ekklesía Antínoou, the Sacred Nights of Antinous beginning on October 24th and running through November 1st, during which time Antinous died (we observe this on the 28th) and his holy city, his deification, and his cultus began on October 30th, which is Foundation Day, our most important ritual of the year. This year will be the twelfth time I've celebrated it, and the year that follows often takes its auspices from that ritual. My celebration last year was the most solitary, sedate, and under-done ritual I've ever had, due to some practical limitations I was facing at the time. This year, things will be much different, and I've decided it's important enough to take the day off work entirely for the occasion. There is no more important date or event in my year than this, and it has been a part of my life long before my current job, or any other I'll ever hold in the future. I owe my life to my gods, and this is one way that I can show it, and plan to for the foreseeable future.

The mysteries of life and death, of love and deification, of devotion and dealing with tragedy, of deep and destructively sorrowful mourning…but also, the ecstasy of transformation, and the birth of hope amidst desolation and chaos, are all tied up with this coming set of festivals. A simple sentence of nouns and adjectives, or an entire cycle of epic poems so piercing in their imagery as to send shockwaves through the senses of anyone who reads or hears their verses, are equally inadequate to convey these matters effectively and vividly for consumption and understanding.

I've done silent retreats, back when I was at a Jesuit university and was involved in Ignatian spirituality (despite being a non-Christian). In reality, they weren't entirely silent: most of us had to be silent for the majority of it, except when meeting with our spiritual directors, but we had to listen to the teachings, preachings, and readings of others at various points along the way, without discussion, questions, or responses. The experience of that retreat got me thinking a lot about the politics of speaking and of silence in religious settings. It's something I had not thought about much in a long while, until I began writing this present column.

My plan for the Sacred Nights of Antinous, therefore, is the following. I will be posting on my own blog about the significance of the dates, along with an installment each day of a poem that I'll be writing, "Nine Days Along the Nile." People may comment as they wish on any of the posts, but I will not be answering or responding to any comments during those nine days. I will be reining in any of my online interactions as much as possible during that time (other than what is necessary for work), so as to keep myself in the proper mindset for the mysteries unfolding around me.

It will be difficult, and it has been difficult for me over the last few weeks to say so little. In a queer consciousness that evolved during a time a few decades back in which "Silence = Death" was a common slogan, it's been nearly impossible to listen into the void, to hear how queer theology abhors a vacuum, and yet to say nothing into that void.

But, I suspect something quite unexpected and possibly even wonderful will emerge from the silence on these coming Sacred Nights of Antinous. 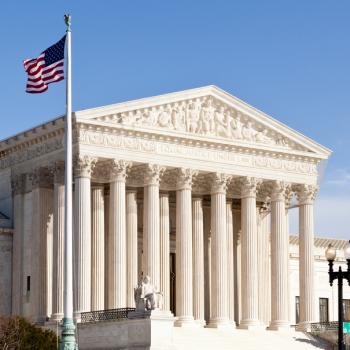 What to Do When Parishioners Leave – Because of Politics
Leah D. Schade
4 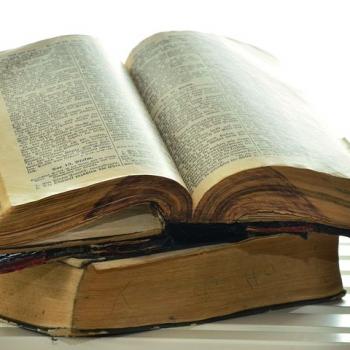 When the Bible is Not the Word of God
Vance Morgan
Get Patheos Newsletters
Get the latest from Patheos by signing up for our newsletters. Try our 3 most popular, or select from our huge collection of unique and thought-provoking newsletters.
From time to time you will also receive Special Offers from our partners that help us make this content free for you. You can opt out of these offers at any time.
see our full list of newsletters
Editor's picks See all columnists