Ancient Wisdom: An Interview with the Author of "Conversations with God"

Recently, Patheos CEO Leo Brunnick had the chance to sit and talk with Neale Donald Walsch, author of the acclaimed Conversations with God (CWG) series of books and materials. Walsch shared his experiences in writing, living, and believing.

When I first read the CWG books in the late '90s it seemed like nothing I'd ever read. Rereading them now, it seems like lots of writers/teachers are saying these things. Has the world evolved or changed over these last fifteen years, or is it just more acceptable to talk like that?

There's no question about that; the world has evolved and changed since the original CWG books were first published. You're talking about eighteen years—as a matter of fact, since the book was initially "brought through," it has been a full twenty years. And in this day and age twenty years is a lifetime, given the exponential increase in the speed of humanity's evolution, and the speed with which humanity has increased its consciousness, and expanded its awareness.

So there's no doubt that CWG—among other books, not just CWG solely—"kicked down the door" and opened the way to the kind of information that is now coming to us from many, many sources. So CWG was a forerunner, a harbinger, maybe the "John the Baptist," of the New Thought movement. It brought us information in a way that we'd not seen it before.

Here's an anecdote. CWG was originally rejected by the five publishers to whom it was sent, including the publisher that eventually published it. And the reason was the same in each case; they said "there's nothing new here, it has all been said before." And they were right—everything in that book had been said before, when you think about it. But what was new was the way it was said, and the way it was presented. It was, as one of the publishers came to recognize, a new way of presenting ancient, ancient wisdom—as a dialogue, and in its colloquial voice—that was ultimately more "accessible."

Since then many other authors, writers, and teachers have adopted a more accessible way of communicating, and have helped make these remarkable insights, which have been around for centuries, suddenly seem like they are brand new, and certainly seem like they are more available to the average person.

Let me follow up on the question of "the world being ready" for new types of information. I enjoyed your recent article on Patheos about what the pope said recently—essentially that "everyone is going to Heaven." Not only is that a theme of CWG, but you're famous for the "Hitler went to Heaven" line in the book. Again, do you see this as part of a continuing evolution that reaches as far up as the leader of one of the oldest religious traditions, the Catholic Church? Or was that an aberration?

I think there is no question that evolution is happening—it cannot not happen, because it is the process of life itself. Sothere's no doubt that we as a species are evolving spiritually, as well as in every other way—scientifically, medically, technologically, socially. Spiritual evolutionary process would have to, sooner or later, reach the upper echelons of all of the world's major religions. And that is clearly happening.

We can see, given what happened to the pope, that not everyone within the folds of those upper echelons are going to agree. So he was quickly requested to allow them to "issue a correction" to what he said, because there was a lot of disagreement within the Vatican as to whether his statements should be allowed to stand.

So we begin to see that even large institutions like the Catholic Church, which are as hard to turn around as a huge ship in the water, actually do, ultimately, make a swing. So I think that in the next ten to fifteen years we'll see a lot more of that. And not just from the Catholic Church, but from most of the mainline religions, as leadership starts to follow its own membership. Just like with politics, or any other institution, it is the members who ultimately drive the leaders to new positions, given the ongoing evolutionary process of the membership itself. 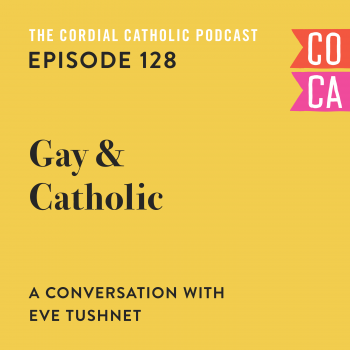 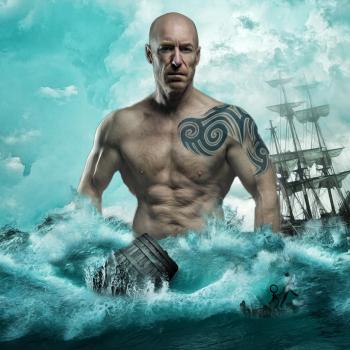 Theology Changes: Adventures and Misadventures of the Doctrine of the Trinity
Jack Hartjes

About Leo Brunnick
Leo Brunnick is a founder and the CEO of Patheos.com. He is helping shape the vision, mission, strategy and operating principles of the company and its lines of business. In this role, he brings to bear 20 years of intense executive leadership and management experience. Not only is he an expert in bringing cutting edge web technologies to market, he is the visionary behind our innovative approach to our libraries and lenses and has a deep passion for the global conversation on important religious and spiritual matters.
Get Patheos Newsletters
Get the latest from Patheos by signing up for our newsletters. Try our 3 most popular, or select from our huge collection of unique and thought-provoking newsletters.
From time to time you will also receive Special Offers from our partners that help us make this content free for you. You can opt out of these offers at any time.
see our full list of newsletters