The God Particle and You, Part 4: The Fall of the Wisdom Goddess

Gnosticism was a body of mystic spiritual wisdom that cut across religious lines. Gnostic forms are found in Judaism, Christianity, and Islam. Gnosticism was part of a universal spiritual tradition that tied the Western religions to pagan mystery schools, Buddhism, Hinduism, and other major religious and spiritual practices. The Gnostics embodied their mystical knowledge in the common narrative vehicle of their day, which was myth.

The central Gnostic myth of creation pictured God, the one energy, pouring out Its consciousness in descending waves of being. These conscious beings occupied dimensions that covered the entire spectrum of creation, both material and immaterial. The highest levels of conscious beings were called aeons. This is equivalent to other terms like angels or gods in different religious traditions.

The Gnostic creation myth concerned a high being, a feminine aspect of the deity, the aeon Sophia. Sophia means wisdom in Greek. Sophia, though a high being, longed to know the hidden face of God, which no being can truly know. Frustrated and burning with desire to be nearer to God, she focused on the chaotic shadow at the edge of the perfectly organized fullness (heaven). She gazed upon the unorganized, churning proto-energies of chaos. And it came to her that to be more God-like, she had to create on her own in the manner that God projected Itself to create the aeons.

So Sophia broke the unity of heaven. She projected her essence, which was a stream of vast conscious energy, into chaos. Now there is a huge amount of psychological and scientific symbolism behind this action that I cannot get into here. I cover this in my forthcoming eBook, A Descent of Light. For our purposes, we'll stick to one aspect of the story relating to the God Particle.

As Sophia's intense energy penetrated chaos, the lower energies or elements swarmed around her like iron filings do to a magnet. They weighted her down, slowing her energy, reducing her vibration. Her divine energy in turn imparted a kind of life to these inorganic elements so that they organized in patterns eventually leading to matter.

Now if this isn't an exact description of the Higgs field and how it slows higher energies to form mass and matter, I don't know what is. Stunning, isn't it? It's even more astounding when you become aware of another parallel. A Russian named Vladimir Poponen performed an experiment. He had photons of light energy in a vacuum container where they randomly bounced around. He then introduced human DNA into the vacuum.

The photons instantly swarmed around the DNA but now in an organized pattern. When the DNA was removed, the photons retained their organized form. The intelligence contained in the DNA created structure in the photons! Again, exactly how the Gnostics described the effect that Sophia's intelligent energy had on the unorganized elements of chaos.

Ladies and gentlemen, welcome to the Higgs Field two thousand years ago!

This is Quantum Spirituality in a nutshell, the place where mystic knowledge intersects with science to hint at the roots of our creation.

If you want to learn more about this fascinating information, watch for my forthcoming series of eBooks, On the Origin of the World, which I will announce here and on my website later this year. 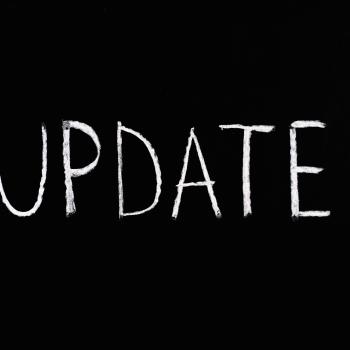 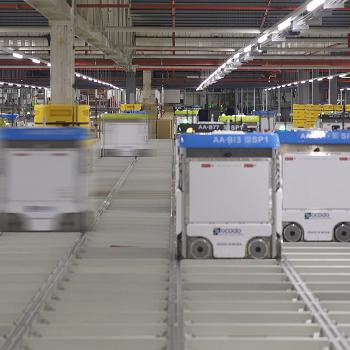 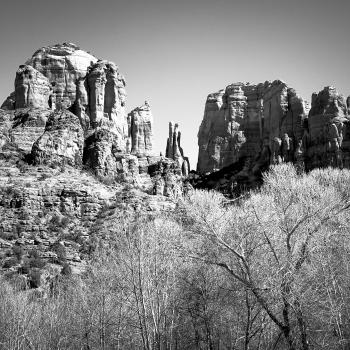 While Visiting the Spiritual Vortexes in Sedona, Arizona...
Scott R. Stahlecker
Get Patheos Newsletters
Get the latest from Patheos by signing up for our newsletters. Try our 3 most popular, or select from our huge collection of unique and thought-provoking newsletters.
From time to time you will also receive Special Offers from our partners that help us make this content free for you. You can opt out of these offers at any time.
see our full list of newsletters
Editor's picks See all columnists