Sometimes it is hard to know what to say, or where, or when, or to whom. Sometimes, every time a thought forms, another comes to invalidate it. And still, there are times when something must be thought, and said.

I am the current Steersman (Executive Director) of The Troth, one of the larger and older Heathen organizations. The root of The Troth, the thing that brought us into existence, is our insistence as a group that we welcome all people, whatever their religious, cultural, or ancestral background, or gender or sexual orientation, who have developed or want to develop a relationship with our gods and goddesses. I am quoting here from our Mission Statement, which you can read on our public website at http://www.thetroth.org/.

In light of recent events, there has been a call from some in our membership for The Troth to make an official statement in support of persons of color, especially in respect to their treatment by the police.

The holder of my current office is not and never will be any kind of Asa-Pope. When our membership speaks, I listen. That is my job. If I am doing my job well, I can hope that our members, and the larger public, will listen to what I say in my office.

I have been thinking a lot about what kind of official statement our organization might make. I read what people send to me, and then I go out and look for more. Sometimes I actually get to talk with someone face-to-face, which is an increasingly rare experience but usually worth more than twenty emails.

It is a simple fact that most Troth members have at least some Northern European heritage. That is where our mythology, and our religion, came from. By appearance, some Troth members do not obviously have such heritage. Some may not have any such heritage at all. As I said before, The Troth exists as a Heathen organization because we defy distinctions made on such a basis. Some people think we are wrong in this. Those people are not Troth members.

With this in mind, what could we say that we have not already said, and that we are not already known throughout Heathenry and the larger Pagandom for saying for more than twenty-five years? And still, there are times when something must be thought, and said.

Most of the news reporting on these current events appears to me to be an irresolvable morass of viewpoint posing as journalism. Whatever viewpoints they are selling, there are things in them that I cannot endorse. It is the up-front editorial and opinion writing that I find more illuminating in this case. There are things I can't agree with here, too. But what much of this writing keeps telling me, and in increasingly persuasive ways, is that there is something important going on here and that I Just Don't Get It.

If that is true, what can we as A Group Of Mostly White People say beyond what we have said throughout our history? If that is true, would we be making sounds that cause us to feel good about ourselves for making them, only to have them blow away on the next breeze? If that is true, would some Official Statement be anything other than another insult of useless words? I do not know with certainty, but I know what I think.

What you are reading here is not the official opinion or position of The Troth as an organization. This is my personal opinion. It is also my opinion as Steersman of The Troth. I publish it and take responsibility for it as such.

Sometimes it is groups as groups that accomplish some needed change. More often, I think it is individuals as individuals that do that, although the groups we form may help us.

If it is true that I Just Don't Get It, maybe you don't either. If you feel threatened or insulted by this thought, the first thing I have learned, and that you need to learn, too, is that you don't need to feel threatened or insulted by this. Most of what we learn, and most of how we understand, is by comparison to what we already know. If there are experiences we have never had, there are things we are going to have a hard time understanding. Now, we need to find a constructive way of dealing with this.

There are times when something must be thought, and said. There are other times when the best thing to do is to say nothing. Instead, stop, and listen, and try to understand something you could not understand before. 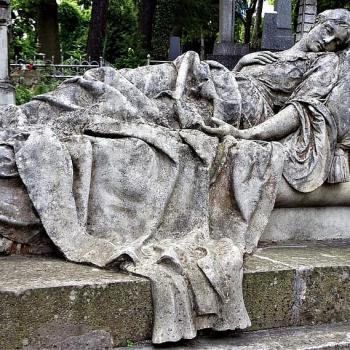 Tending Sacred Space: The Body is an Altar and a Temple of Grief
Irisanya Moon
Get Patheos Newsletters
Get the latest from Patheos by signing up for our newsletters. Try our 3 most popular, or select from our huge collection of unique and thought-provoking newsletters.
From time to time you will also receive Special Offers from our partners that help us make this content free for you. You can opt out of these offers at any time.
see our full list of newsletters
Editor's picks See all columnists