Some of you may recognize in my review's title the hint toward the motto of Hogwarts School of Witchcraft and Wizardry in J. K. Rowling's Harry Potter books: Draco Dormiens Nunquam Titillandus, "Never Tickle a Sleeping Dragon." I have changed it in the present instance to De Draconibus Dormientibus Nunquam Scribete, "Never Write About Sleeping Dragons." You might see why as I outline the difficulties I saw with Don Cerow's book When the Dragon Wore the Crown: Putting Starlight Back into Myth. First, I should explain the premise of the book.

In essence, this book is about the precession of the equinoxes, something that has been of particular interest to astrologers for the past few decades (and, debatably, to people of earlier eras), especially in light of our recent entry into the Age of Aquarius from our previous Age of Pisces. The ways in which this transition might impact world cultures and spiritual activities in particular has been of interest to the modern Pagan community for decades, and for esotericists, magicians, and other occult practitioners for well over a century. However, this book is interesting in that it focuses on something else apart from the position of the sun at the Vernal Equinox (VE) that gives the various ages their zodiacal correspondence—what Cerow throughout refers to as the "Circle"—which is the "Center," namely the North Celestial Pole (NCP) and its shift through the ages due to the wobble of the earth. For a long while, the "Center" was the constellation Draco, and one star from it in particular, Thuban, the "heart of the dragon," was close to being the pole star, closer than Polaris or any other star in several millennia of recorded history. In and of itself, this is a fascinating observation, and one that bears further consideration.

Unfortunately, the further consideration it receives spans the entire book, as this fact is established very early in its pages, and everything after that is marshaled as evidence for its importance, not simply for myth, but for history as well. This is where the book falls severely short and has its greatest flaw, in mistaking classical astrology for astronomy (and thus for science in general), and therefore for an assimilation of astrology and myth to science and history. This common interpretation, that religion is simply primitive science, and myth primitive psychology, is one that is held by atheist anti-religionist skeptics as alike as it is by New Age spiritualists and archetypalists. What makes it worse in the present context is that it fails to take into account that the interpretation of the classical astrological constellations was not universal throughout antiquity (and especially cross-culturally and into prehistory), and thus myths that are only given literate form in the late centuries B.C.E. through to the early centuries C.E. cannot be used as evidence that people in the Age of Gemini (c. 6000-4000 B.C.E.) thought or observed certain things, and it certainly cannot be used to place the origin of certain mythic ideas into those historical and cultural periods.

How this impacts some of Cerow's arguments will be dealt with further in a few moments, but this is like saying that the Serpent Mound in Ohio, shaped as it is like a snake approaching and attempting to swallow an egg, is evidence that the Fort Ancient culture of the Ohio Valley in the 11th century C.E. knew about sperm fertilizing eggs, and that they also had a tradition of sacred sexuality built upon this knowledge. Modern science cannot be read into prehistoric and premodern historic cultures' mythological and cultural artifacts, and then be re-interpreted as having spiritual significance derived from their scientific validity.

But even apart from the underlying difficulties with the assertions and the methodology present in this book, it's not a particularly easy nor pleasant read. The formatting of the book—including frequent use of italics (not simply for foreign words or titles of books), irregular two-column and three-column layouts even on double-page spreads interspersed with (not always relevant or useful) photos that often have photo credits scrawled across them—is overwhelming (and not positively) rather than exciting, and there are frequent spelling mistakes, particularly on foreign words and names. (Heathens will be particularly amused by "Nifheim," for example, whenever it is written in the text, whereas on the diagram of the Nine Worlds on page 66, which Cerow did not create, it is given correctly.)

Even above and beyond this, there are also many factual mistakes, and unhelpful generalizations—an egregious one is the discussion of "Native Americans" on page 163, referring to specific beliefs, but not to one of the roughly three hundred different cultures that existed in at least thirty different cultural groupings in North America alone. There are also others: the mistaking of an Ennead for "twelve" on page 194; referring to Mark Anthony as "Anthony Caesar" on page 159; saying that the Antigonid conquest of Macedonia in the 2nd century B.C.E. made Macedonia open to assimilation by the Roman Empire (which didn't yet exist) on page 158; suggesting that one form of the Egyptian name of the Mnevis Bull, Men-wer, tells you that it produces manure and attracts flies unproblematically on page 125; and any number of other occasions where the polytheistic mention of a deity gets assimilated to a singular God (e.g. with Gilgamesh on page 108). All of these factual inaccuracies and often ill-informed interpretations do not lend credence to the few more reasonable arguments that Cerow presents. 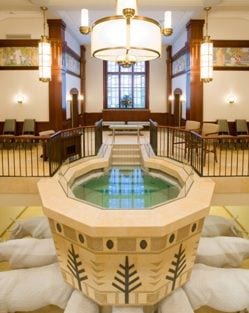 "Baptized for the Dead"
Dan Peterson
2 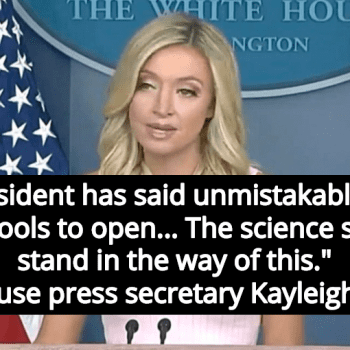 White House: ‘Science Should Not Stand In The Way’ Of Sending Kids Back To...
Michael Stone
4

Woman trips while fleeing a charging bison at Yellowstone: Two relevant...
Jim Denison
Get Patheos Newsletters
Get the latest from Patheos by signing up for our newsletters. Try our 3 most popular, or select from our huge collection of unique and thought-provoking newsletters.
From time to time you will also receive Special Offers from our partners that help us make this content free for you. You can opt out of these offers at any time.
see our full list of newsletters
Editor's picks See all columnists