This month at the Patheos Pagan Channel, we've been asked by Dr. Christine Hoff Kraemer to imagine what Paganism might be like in fifty years' time. I've enjoyed reading the various answers for this, and I look forward to reading others before month's end. However, I don't really feel qualified to state what I think our various forms of Paganism will be like and what roles they will fulfill in the next half-century. I suspect if I were to outline things in any detail at all, some people might feel like I'm trying to "dictate" what I think the "perfect" and "acceptable" forms of Paganism will be like and will include, which will—of course!—reflect my own viewpoint and likely no one else's. As I've been accused of being a "Nazi fundamentalist" a few too many times for even making such suggestions about my own preferences for the Pagan movements previously, I think it would be wisest, as a minority viewpoint within a minority viewpoint, to not discuss this further.

But, can I at least speak for the Ekklesía Antínoou, the group I founded? Truthfully, no; but, I can speak from that tradition, and present one viewpoint of what it could be like. Keep in mind that this is only my own opinion, and one that depends to a very large extent on pipe-dreams: imagining that things go as completely wonderfully and fortuitously as possible, and with immense amounts of luck and perseverance and dedication involved. If one tries to aim as highly and imagine as boldly and as broadly as possible, perhaps if only a tenth of what is imagined occurs, that will still be something worth striving for to one's utmost.

And, taking a much-needed and inspirational page from Rhyd Wildermuth, I shall present this in the form of a story. Get comfortable, folks!

It is Friday, April 11, 2064, at about 1:00 in the afternoon, Pacific Standard Time—daylight savings has been abolished for several decades.

A large group of people are gathered around what has been my temporary bed, and which will soon be my death-bed. My bed sits in one of the side-chapels of the Temple of Antinous, located just outside the town of Coupeville, in Whidbey Island County, in the state of Washington, in the country of Western Cascadia on the North American continent. The Temple has been operating continuously for nearly forty years, thanks to that old institution known as the State Lottery that, miraculously, I was the sole winner of in 2018. "Sometimes, we get lucky," I often said then, and I've often said it now each time some new and talented person comes forward to help build the modern cultus of Antinous. I wonder if the god himself has said that on occasion.

My three current lovers are gathered closest to me, and two other former lovers who are still very good friends of mine (and the list of such individuals, while it requires more than two hands to count, is still modest enough) are also in the room. One of them at the foot of the bed is smirking, apparently at some private joke between em and one of my former lovers on the other side of the room. I have always wanted to be surrounded by people with good senses of humor, and there's no time like approaching death for such humor to emerge: that's why I want them all here. Hadrian was exemplary, but his famous last line, "and you won't make your usual jokes," will not be said of me. If I can have my last verbal utterance be a colossally bad pun that leaves everyone groaning for weeks, it will have been a good life, I think.

The outdoor cremation ground is already prepared, and there is someone from the coroner's office outside as well, who will be verifying my death and signing the certificate moments after it occurs, and it will be occurring soon. The tall, handsome, African-American cisgendered heterosexual lawyer—who is also a Mystes of Antinous, and has been handling our legal affairs now for the past twelve years—catches my eye. When he initiated with us then, it was extremely unusual and unprecedented: a trained lawyer wanting to be among the Mystai? Very strange... but no matter what his relationship with Antinous, and especially with the hero Memnon, has been over the years, he's a damned good lawyer, and has been an incredible asset to our organization. He has not allowed our organization to pay him for his services for all of 2064, and I've given him as much crap about this as possible every time I've seen him; but he had no answer for me other than tears in his eyes when I told him that my personal icon of Antinous, which has been with me for more than fifty years and is in the room with me now, will be his when I am dead. The "Book of Books" (all four volumes of it) will be going to the new Mystagogos and head priest of the Temple, but the lawyer gets the bust. Perhaps that will be my final pun. 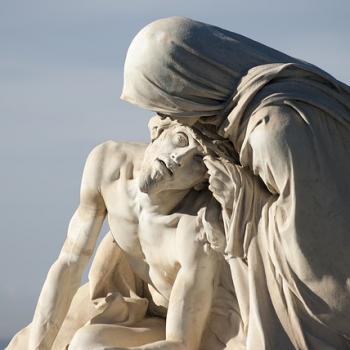 For I am a Worm
Mary Pezzulo
2

Time for a Woman in the White House?
Ben Witherington
3

Everything Wrong With Genesis 27 in the Bible
Hemant Mehta
4 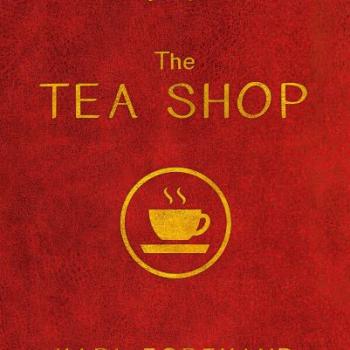 The Tea Shop
Karl Forehand
Get Patheos Newsletters
Get the latest from Patheos by signing up for our newsletters. Try our 3 most popular, or select from our huge collection of unique and thought-provoking newsletters.
From time to time you will also receive Special Offers from our partners that help us make this content free for you. You can opt out of these offers at any time.
see our full list of newsletters
Editor's picks See all columnists