Incinerated by the Dragon of Karma

The greater Neopagan movement can be described as an exercise in resurrection. I'm beginning to question that exercise.

Years ago I came across an article about the Celts from the magazine Hinduism Today. Dated from 1994 and written from a Hindu perspective, the article compares the religion of the ancient Celts with Vedic tradition. There are inaccuracies but the author outlined Celtic religion better than any Pagan author of the same time period (check out both parts and judge for yourself).

At the time the article thrilled me. After all, Celtic religion is practically a sect of classical Vedic practice, from the cosmology and rituals down to the artwork of horned gods in yogic positions. As the article points out: "Celtic Gods are called deuos, meaning 'shining one'...Gods of Vedas are invoked as deva, meaning 'shining one.'" While such similarities are well recognized by Pagans and Celtic polytheists, most Hindus have never heard of the druids. I was excited that a popular Hindu publication brought them to the fore. But one line really struck me.

The end of the article mourns, "The Celts, after a 2,500-year history, were incinerated by the dragon of karma... " It seemed to imply that Celtic religion deserved to be blotted out. And it has a ring of finality: they have perished from the earth and cannot be restored. As a priest of their gods this didn't taste good.

But that line can also be read historically. The world that the Celts knew is gone. History has moved on. If something is important to people they'll keep it alive, but the ways of the ancient druids had lost their relevancy. That which no longer lives up to its purpose either changes or dies.

It brings to mind a famous quote from Japanese poet Matsuo Basho. You've probably seen it before. Roughly translated, Basho tells us:

Do not follow in the footsteps of the wise men of old, but seek what they sought.

Something unique about the Pagan movement, and especially the Celtic Pagans and polytheists is that it's built very firmly on following old footsteps.

In reconstructionist circles there are endless talks about whether such-and-such practice is historically attested. In more eclectic Pagan circles you hear the refrain, "No one really knows what the ancient druids did." That's untrue, mostly, but fair enough: there are definitely gaps in what we know. Both of these viewpoints, the reconstructionist and the eclectic, are basically holding themselves to a standard of the Olden Days. The reconstructionists have to follow the old masters, and the eclectics have to prove why it's okay that they don't.

Of course no one wants to literally re-create the past. Reconstructionists always talk about bringing back only what's practical and relevant today. Eclectics freely mix in other things. Some people just make up whatever they want and sayit's ancient and Celtic. But there remains this idea that we are heirs to the rich imagery, lore, and practices of the ancient Europeans and others. This inheritance is supposed to make a good foundation for religions today.

But why would it?

The core of spirituality is transformation. This can be stated as simply as the injunction above Apollo's oracle: Know thyself. Or it can be given a very elaborate form, like yoga and sacrifice and meditation and ritual. But it's this essential pursuit of transformation that marks a spiritual path. Anything that distracts from this purpose dilutes spirituality.

In many groups, the distraction has become the centerpiece. When you focus on interpreting archaeology or figuring out the meaning of fragmentary sources, you're necessarily shoving attention away from day to day spiritual practice. Apotheosis or enlightenment is mostly an inner quest, a timeless event. It doesn't care what epoch or culture it's in. (Notably, an obsession with proving you don't need the past is an equal distraction.) 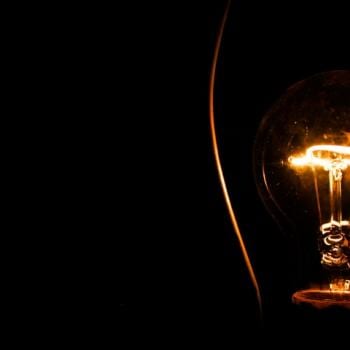 Why Morals Are Not Enough
Joey Willis
Get Patheos Newsletters
Get the latest from Patheos by signing up for our newsletters. Try our 3 most popular, or select from our huge collection of unique and thought-provoking newsletters.
From time to time you will also receive Special Offers from our partners that help us make this content free for you. You can opt out of these offers at any time.
see our full list of newsletters
Editor's picks See all columnists