What Does a Magic Spell Really Cost?

She offered me money to kill someone.

Maybe she didn't want her dead. Maimed? Ruined? What was the deal here?

She nearly cried. "She stole my husband! He ran off with her!"

I wanted to say," Maybe you should curse him then," but I bit the words back. The truth is I'm just not in the cursing business; it conflicts with my values and my priestly vows. I tried to explain that.

"But this is for love!" she said. She felt it was morally right. That's messed up on its own, but all I told her was no.

Damn. She knew how to make an offer. I thought about what I could do with that money.

What would you pay for a magic spell? For many Pagans the answer is nothing -- they have a policy of not charging for spells. And there's a lot of talk about ethics in magic, about bad stuff coming back on the person who casts it. Pagans are distinctly uncomfortable with cursing, and that's not a bad trait to have.

But the client who requested the curse was from Brazil. There, like much of the world, magicians are not clergy—they are specialists. Like hiring a lawyer or an ad firm, the magician's job is not to judge whether you are right or wrong but to do the best job possible in representing you. And when it comes to curses, the magician is like a gun; the client is the one pulling the trigger.

So my Brazilian client was as baffled by my reluctance as I was by her brazen request.

I do a lot of spells for people, and I get the curse request a lot. Over time I've learned how to handle it: what alternatives to offer, how to speak in a non-judging way while still underscoring my own values. In other words I can flatly refuse to curse and still have a satisfied customer.

The money issue is trickier. I understand why most magicians in most traditions charge big money. I used to charge for spells myself, and still charge for enchanted artwork. Making a custom spell can be time intensive and, in many cultures, the professional magician is a highly valued expert. Communities need them and they are entitled to charge for their services.

While I accept that, it also creates a problem. What about the people who can't afford a magician?

I'm not talking about curses here. That shouldn't be on the table in the first place. But what about a charm to help find a job? What about a spell to meet your true love? What about lifting a curse, or getting rid of an unpleasant entity? If you need these spells and can't afford them, what are your options?

Yet these are the spells I value most, the kind that help a person break a bad cycle. The kind of magic that doesn't just assuage pain but gives real, actionable opportunities. The call from an employer, for example, or that first spark of chemistry.

When you're unemployed I don't think it should be a choice between buying food or hiring a magician. I don't think a working single mom should need to give up on getting a protection charm for her baby.

That's why I'm helping launch Magic to the People, an open-door, pay-what-you-will atelier of magic. Twice a week we will have set hours (daytime and evening) and anyone can walk in and request a spell. Their ceremony is done on the spot, and they participate in it. They are actively collaborating in changing their life.

Payment? They can drop whatever they want in the hat. If they can't afford anything, they can put in a symbolic penny so they've contributed to the working.

To fund Magic to the People we've launched an Indiegogo campaign. Last week we reached our basic funding goal of $1,100, which will allow us to open the doors, install the shrine, and start serving people. But we want to do so much more.

If we can reach $2,000 we will not only have more open hours, we will also create a how-to book on the style of magic used in Magic to the People. If we can raise even more, we can create a full starter kit so other communities can launch a Magic to the People of their own. On top of that, all of our funders get amazing perks including art, magic, and blessings.

Our campaign ends Friday. Please have a look at Magic to the People and consider helping out, either by contributing dollars of your own or by spreading the word near and far.

Have you ever paid for a magic spell or charm? Have you ever charged for one? And how will things change if more communities have access to free or sliding scale magic?

The Democratic Party's 2020 Platform is a Historic Change for Secular...
Hemant Mehta
2 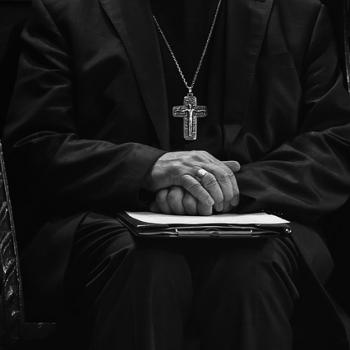 Pavone's Tweet Is Sacrilege and Bishops Must Act
Mary Pezzulo
3 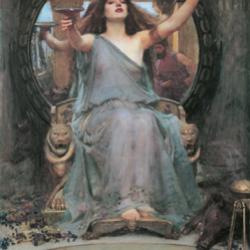 In a word...accept one another...
John Mark N. Reynolds
4 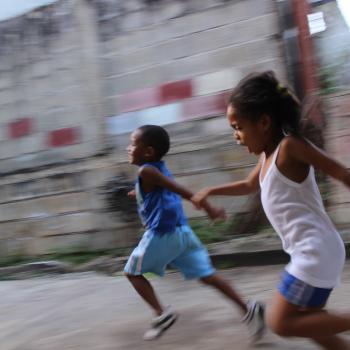 The First Will be Last (That's Not a Threat)
Vanessa Stricker
Get Patheos Newsletters
Get the latest from Patheos by signing up for our newsletters. Try our 3 most popular, or select from our huge collection of unique and thought-provoking newsletters.
From time to time you will also receive Special Offers from our partners that help us make this content free for you. You can opt out of these offers at any time.
see our full list of newsletters
Editor's picks See all columnists