One of the most obvious reactions in all of this is the apparent "coming-of-age" nature of Ms. Cyrus' performance: now that she is being recognized as a "sexual being," people who are used to seeing her as a children's entertainer are uncomfortable with it. The fact is, Miley Cyrus has been sexualized by the viewing culture for years, and not just by perverts in the dusty basements watching internet videos furtively. The sexualization of children and teenagers has been more the norm than the exception for the entirety of my life, and is nothing new; it is simply not recognized by most people. The ways in which both boys and girls (and, unfortunately, not people of other genders, because we have very few options in this regard, in childhood or otherwise) stress themselves out at school because they are not wearing the right clothes, have their hair done the right way, don't have the best backpack or phone or laptop, and so forth, all in efforts to appease the estimations of the opposite (or occasionally same) sex, is a source of profound anxiety to students, and is the source of a great deal of bullying, social exclusion, and any number of other negative ills that permeate public school culture in the U.S. They are, unknowingly, capitulating to sexual desirability standards of which neither they nor their parents and peers are aware.

Teenagers are sexual beings naturally, since they are undergoing sexual development and coming into its awareness with the awe and curiosity so characteristic of earlier childhood. They have no way to articulate this other than through a complex code of clothes, attitudes, and other social mores that validate their socio-sexual existence in the eyes of their peers. Everyone would like to ask someone to dance at the middle school dance, but everyone worries if their hair is right, if they'll say something stupid, and any number of other potential outcomes. These experiences end up shaping a great deal of later adult interactions to a much larger extent than many realize. And yet, when they need it most, there is little effective education by parents, religious leaders, or public school officials on these matters, and teenagers are left to work things out for themselves.

In doing so, they end up pregnant, they end up being abused by predatory adults, they end up learning from colossally bad examples in popular media, and various other negative outcomes. Taking the difficult step of realizing that teenagers are sexual, and then dealing with that fact realistically and non-exploitatively, would go a long way in solving many of the teenaged and adult problems that people experience in romantic and sexual relationships. But, that would entail then taking teenage sexuality seriously, which society-in-general is not willing to do. Even Miley Cyrus, in trying to break out of that teenaged non-sexual perception, still had her performance surrounded by teddy bears. The viewing public has since not allowed her, or anyone, to forget that she has disappointed them by not remaining an eternal and apparently non-sexualized teenager.

Many people seemed particularly offended by Miley Cyrus' nude bikini during the Thicke collaboration section of her performance. Yes, it was flesh-toned; and yes, it was more revealing than her previous one-piece swimsuit. But, her level of nudity in comparison to Lady GaGa's later performance was downright Puritan and modest in comparison (not that I found Lady GaGa's outfit to be objectionable—on the contrary!—but let's be serious!). The notion that nudity means sexualization is a very oppressive and pernicious meme that has resulted from Christian anti-material, anti-physical, and anti-sexual feeling more than anything reasonable or sensible. Certainly, naked human bodies are beautiful and admirable, and I would defy anyone to say that if a nude person, or even a partially-nude person, of any gender walked into a room, that their eyes wouldn't turn to them and be drawn to them immediately. But, the gaze with which one views such a person need not be exploitative, objectifying, or sexualizing; it can be appreciative, it can be confirmatory, it can be communicative. That Lady GaGa's greater amount of nudity was not taken as sexual or suggestive by many commentators on Sunday night's events, but Miley Cyrus' lesser amount was, points out how very easy it is to view nudity in ways that are not exploitative or sexualized without any particular training in feminist theory, queer theory, gaze theory, or alternative theological viewpoints.

I have found the reactions to Sunday night's performances more telling than the performances themselves about the neuroses of the modern American overculture. I suspect there was more calculation than the performers are willing to admit in terms of attempting to deliberately push buttons of the viewing audience in order to get attention, and it has worked spectacularly. The screen of a twenty-year-old young woman who was a former child star, a mid-thirties man attempting to re-start his singing career, and a bunch of teddy bears has been used to show a gag-reel of nearly all the sexual neuroses of our wider culture in the form of strongly-worded blog posts, Twitter messages, and Facebook memes. Many of the people commenting likely do not consider themselves Christian, and yet they are just as enthralled to the old ideas of Christian sexual theology and morality as the pope. 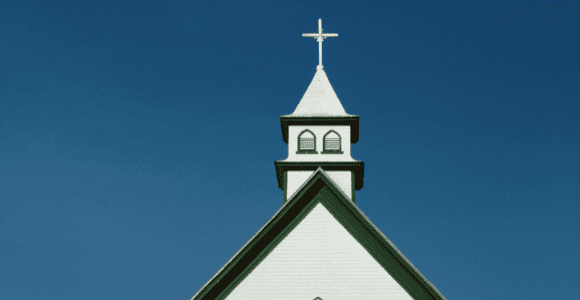 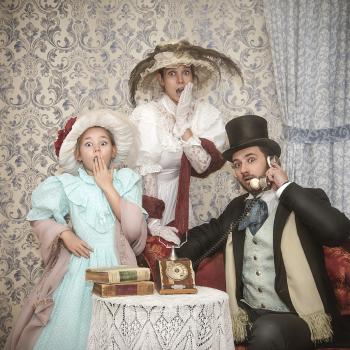 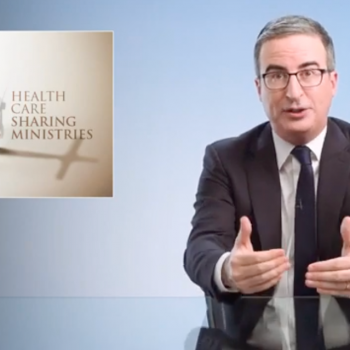 John Oliver Exposed the Problems with Christian "Health Insurance" Companies
Hemant Mehta
Get Patheos Newsletters
Get the latest from Patheos by signing up for our newsletters. Try our 3 most popular, or select from our huge collection of unique and thought-provoking newsletters.
From time to time you will also receive Special Offers from our partners that help us make this content free for you. You can opt out of these offers at any time.
see our full list of newsletters
Editor's picks See all columnists