2) No truly effective and inspiring teacher teaches the same class the same way every year. Teaching is a wonderful way, when properly approached, to always be in a constant process of learning and growing through dynamic interaction with one's students, who always bring new perspectives, attitudes, and ideas into the educational process. A professor who has the exact same curriculum, word-for-word, that they have been teaching for the last twenty years has probably not developed much as a person or as an informed educator in that amount of time, and as a result they'll probably not be as appealing or as effective for their students as they would have been twenty years ago. Certainly, some things may stay the same in their classes—from the particular subjects or texts covered, to certain structural matters like the number of papers that are assigned or the number of quizzes that will be given—but the viewpoint on most subjects changes pretty regularly, and keeping up with those changes is the responsibility of any informed educator.

Thus, passive and active modes must be used equally in terms of the ongoing project of human-divine and communal-divine interrelationship.

Or, to put this in terms that might be more readily applicable to the situation with modern forms of Paganism and polytheism: a passive reconstructionist might be very good at digging up the foundations of a temple, raising and re-placing the altars where they were once located, re-assembling the icons and translating the fragmentary inscriptions; but in the end, doing so means that the temple is still in ruins. An active reconstructionist does all of that, and then puts on a new roof, makes sure that the floor will hold the weight of the worshipper's traffic (and won't incur lawsuits if they collapse!), makes sure the walls are strong and will both serve to contain the experiences therein as well as keeping out what elements from the exterior might undermine the atmosphere of devotion within the temple, and in other ways makes sure that everything "works right," from the plumbing to the lights to all of the other things that will facilitate the interaction of the worshippers with the gods. And, it takes a lot more than just some spackle and poly-fill to make that happen most of the time.

Or, to use a different strand of premodern paganism that is just as popular in modern Pagan parlance as discussion of temples: the work of a "bard" (which is a term that needs to be questioned slightly, but for the sake of clarity I'll grudgingly use it here at the moment) is not just knowing the "old stories" and the commentaries on them and what they mean in as many versions as possible, and performing them on occasion. It is also the work of a bard to create new stories that re-interpret the old ones, fill in the gaps that exist in the old ones, and that are of an entirely new and unprecedented nature to address the needs and interests of their modern audiences. The corpus of bardic knowledge should be one of continuous expansion, and never stagnation, and certainly not ever of atrophy.

Now, most people and groups who employ reconstructionist methodologies will readily say, "But, we do both of those things!" And, it is true, most of the effective reconstructionists do, in fact, do both of those things. However, there is this persistent meme both outside of reconstructionist communities and within them that it is only a recon's "job" to do the passive reconstructionism, and not the active. Active reconstructionism involves a lot more than just re-building the temples to make them usable again, it involves getting directly involved with the gods who those temples honor: in other words, the work of mysticism (most broadly defined). And, like humans with ever-expanding families, a deity might say, "You know, that type of temple used to work really good for me, but now I find I have more kids than I did then, while some of the older kids have moved out, so let's renovate the place a bit—I've always wanted a library, and why not a swimming pool? And we don't need a three-car garage any longer, so, keep one car, and the rest can be the new game room!" Or, what have you...!?! As beautiful as the Parthenon is, and as important as it is that it should be preserved just as it is, a temple for Athena today might not be in any way appropriate to that form, based on where it is located or who is building it.

Now, if you'll excuse me, the east wing of this temple has a leaky roof, and we're expecting some pilgrims in a few hours . . . and, those new myths won't write themselves!

Book of Mormon Onomastics and Syntax, O My!
Dan Peterson
2 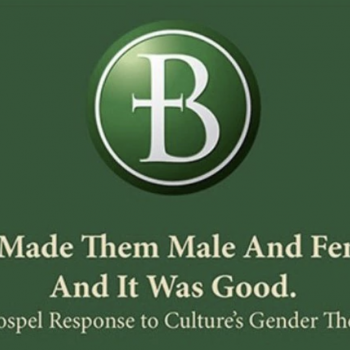 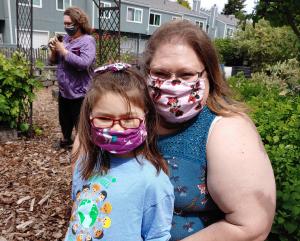 To Mask? Or, Not to Mask? That is the Question.
Ted Peters