Increasingly I am convinced the modern world's traditional Christian and liberal roots have withered so completely that its ethical foundations have collapsed. On this point I agree with some genuine conservatives, few as they are. But unlike these conservatives, I see traditional Christianity as being the root cause of this collapse. There is no going back because modernity arose due to the failings of Christianity to provide a coherent framework for religious life absent the sword, the stake, and the Inquisition.

America's Christian and liberal moral foundations have collapsed. I do not see them being rebuilt on their old foundations. This collapse manifests in some very interesting ways, particularly in the complete moral collapse of those who preach the most about "values."

Mitt Romney claims Barack Obama said businessmen did not build their businesses themselves, others did. The 'quotation' Romney used to support this claim eliminated crucial parts of what Obama actually said: that no businessperson creates a successful business all by himself. But while Romney's campaign of lies is interesting, something else seems to me even more remarkable.

Romney also trotted forth a number of businesspeople claiming they built their businesses themselves, and owed nothing to anyone. Their claim was easily proved false for two reasons, one more notable than the other. First, his examples often benefited from low interest government loans and even depend on government contracts. This happens over and over again.

These businesspeople are either liars or incredibly obtuse. I think in at least some cases it is the latter, and this is the more critical issue. How could anyone think they created their business, or other major success, all by themselves?

This takes us to issues that point not only to the moral collapse of the conservative movement and a great deal more, it also takes us to why Pagan and similar approaches to spirituality might help heal a culture rapidly falling into nihilism and worse. By emphasizing the importance of the divine feminine as well as the sacred immanence of the earth, insights most clearly associated with Pagan spirituality (but also increasingly characterizing many mainstream traditions that have responded constructively to the spiritual challenges of our time) hold hope for our cultural renewal, if they can keep from being crushed in our current moral collapse into nihilism and the worship of power.

What Makes an Individual?

We are who we are in significant part because of whom we have met, when we met them, and the society and times within which we grew up. I imagine we all can name certain people and experiences that played a decisive role for good or ill in who we are today. Yet many people in their 'individualism' seem blind to this simple observation and its implications.

Western individualism is a secular echo of Protestant Christianity's powerful alienation of people from their world. From this spiritual perspective each of us is ultimately alone in seeking our salvation within a fallen world. As a nation of immigrants whose culture was initially defined in radical Protestant terms, we inherited a large dose of this viewpoint.

As society became increasingly secular this image of individual isolation remained as an unexamined fundamental attitude. Consider how many of our fictional heroes are devoid of lasting relationships. I think this attitude persists because, having learned to think of ourselves in those terms, it became difficult to recognize the importance of when they did not fit.

Since the Second World War this individualistic blindness to who we are has been reinforced in a particularly toxic way by the writings of Ayn Rand and her many disciples. Many of us, myself included, read some of her books as teenagers. I found a part of her message invigorating as I strove to get a better sense of who I was in a society that often seemed corrupt and hypocritical. At its best, Rand's writings encouraged us to follow our own drummer come what may, as with architect Howard Roark in The Fountainhead. But when closely studied, Rand's message did not honor individuality so much as individualism, the ideology that each person was properly only concerned about their own "self," but without even an attempt to inquire what a 'self' was. Her most extreme literary statement of this view was Atlas Shrugged. In more spontaneous moments she made it clear that individuals did not matter, only those who conformed to her values did. As she said once at West Point: 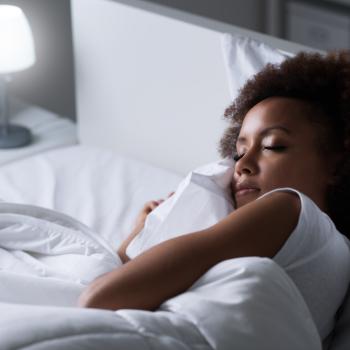 Seidensticker Folly #57: Male Witnesses of the Dead Jesus
Dave Armstrong
Get Patheos Newsletters
Get the latest from Patheos by signing up for our newsletters. Try our 3 most popular, or select from our huge collection of unique and thought-provoking newsletters.
From time to time you will also receive Special Offers from our partners that help us make this content free for you. You can opt out of these offers at any time.
see our full list of newsletters
Editor's picks See all columnists