Last month, I had a post on "reincarnation" as it relates to the television show The New Normal; this month, I'd like to return to that same topic, but with more of a focus on reincarnation itself and less on television. (Hopefully.)

When I first started reading about modern Paganism, I got the impression that a belief in reincarnation was something that was strongly encouraged, if not required. While some modern Pagans now scoff at this notion as New Age-influenced, at the same time, there are many others who hold to it deeply . . . and they're not just those who have been similarly influenced by Hindu or Buddhist reincarnation beliefs. Yet, I don't hear a lot of discussion about reincarnation in Pagan circles these days.

One thing that got me thinking about this was a question asked me by a good friend at last September's Esoteric Book Conference. I had presented on the Serpent Path, a spiritual system that some of us in the Ekklesía Antínoou have been working with over the past few years. The question that my friend asked took me entirely by surprise: "Do your past lives have a great influence on this work you're doing?" If I remember correctly, my answer to him was something like, "Yes, they do, but they're not quite as important as the work itself" (and if you'd like to read more about that, have a look at the book I just wrote).

I'll return to the deeper issue at stake in my answer subsequently, but first, I want to offer the following observation on reincarnation and modern Paganism. We often characterize Paganism as a religion of practice and of experience rather than of belief. Yet, reincarnation is one of those matters that are indisputably in the realm of belief, and it is there that it is most vivid and useful. There is no real way to "practice" reincarnation. If it does occur, then it's an "all-in" phenomenon, and one doesn't really have a choice to opt in or out of it. Further, while one can certainly have experiences that lead toward a belief in reincarnation, a vague embrace of the belief can occur on its own without grounding in personal experience. Reincarnation is often an assumption amongst Pagans who never have actual experiences involving past lives or past life memories.

Reincarnation is a matter that has more to do with afterlives than with the current life (and afterlives according to reincarnation beliefs, it turns out, are mostly just further lives, rather than an "afterlife" in the manner most Western religions envision). It is also a subject that is never likely to be "solved" or proven one way or the other, no matter how much Deepak Chopra and Shirley MacLaine might wish otherwise. Some might assert that the first law of thermodynamics—the idea that energy is neither created nor destroyed (apart from some loss due to entropy)—could be the "physical reality" behind reincarnation. Nonetheless, the other phenomena (like memory) that are often associated with past life experiences cannot be explained by this physical law alone.

Moreover, while reincarnation is viewed as "bad" in certain religions to one extent or another (e.g., Buddhism, Jainism, and the forms of Hinduism in which nirvana or moksha are valued above all other things), it is not viewed negatively in many Western and Afro-Diasporic religions. Pythagoreans were renowned for their belief in reincarnation, and they were most certainly polytheistic and "Pagan" in their outlook, as were their latter-day Orphic derivatives. A number of stories from Celtic mythologies—including the Irish birth-tale of Cú Chulainn—evince a belief in reincarnation. Within many of these systems, reincarnating isn't evidence of spiritual imperfection or a lack of spiritual liberation. Instead, one reincarnates because there is nothing wrong with "loving the world" and wanting to continue to be a part of it.

The fact that so-and-so might have once been the Proconsul of Asia when Mithraism began in the waning decades of the Roman Republic might be an important reason why they are now engaged in reviving the Mithraic Mysteries. However, it probably doesn't mean that they know more about those mysteries than anyone else. Past life experiences may provide motivations, explanations for certain interests, or even proficiency at certain skills or other propensities. Yet, there is no authority, necessary implications about identity, or anything else that automatically flows from these interests or talents. That someone engages in an activity in their present life—whether within a spiritual context or in more quotidian affairs—due to some aspect of a past life has no more significance than the fact that they continue to engage in an activity that their grandfather taught to them in childhood. Though both past life and current life experience may be important and cherished, I have yet to hear anyone claim superlative fishing ability because their grandfather taught them to fish when they were young.

Biblical Theology: The Convergence of the Canon
Ben Witherington
2 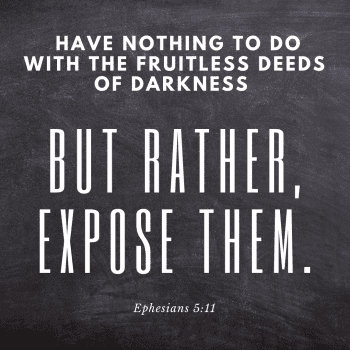 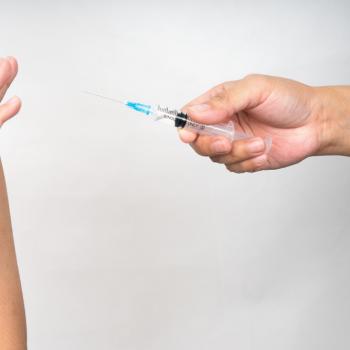 Rural, White Evangelical, and Republican: A Deadly Combination in a Pandemic
Rebekah Kohlhepp

P. Sufenas Virius Lupus
P. Sufenas Virius Lupus is a metagender and a founding member of the Ekklesía Antínoou (a queer, Graeco-Roman-Egyptian syncretist reconstructionist polytheist religious group dedicated to Antinous, the deified lover of the Roman Emperor Hadrian and other related gods and divine figures). E is a contributing member of Neos Alexandria and a Celtic Reconstructionist pagan in the filidecht and gentlidecht traditions. Follow Lupus' work on the Aedicula Antinoi blog.
Get Patheos Newsletters
Get the latest from Patheos by signing up for our newsletters. Try our 3 most popular, or select from our huge collection of unique and thought-provoking newsletters.
From time to time you will also receive Special Offers from our partners that help us make this content free for you. You can opt out of these offers at any time.
see our full list of newsletters