While the ability to get legally married is expanding rapidly in the United States, setbacks still occur, and many major public figures (both in politics and entertainment) make homophobic comments on a regular basis—Duck Dynasty's Phil Robertson being one such noteworthy example from recent history. (Whether his religion can or should be an excuse for such comments is another matter altogether!) Catholic high school students in various locations are upset that their administrators have been dismissed because they have had same-sex marriages, and are asking the pope directly to change Catholic social teachings on these matters. (Ah, the optimism of youth!) The 2014 Winter Olympics in Sochi are only a few weeks away, and the Russian "anti-gay propaganda" laws loom large as an issue that might impact athletes from other countries. President Obama's choices of who to send in his presidential delegation to the Olympics have been interesting in that regard: Billie Jean King, Caitlin Cahow, and Brian Boitano, all of whom are openly gay (though only recently so in Boitano's case).

Even the most conservative, right-wing, fundamentalist Christian leaders in the United States are not saying much about this, for or against. Many of them, I suspect, are more "proudly American" than even they might like to admit, and may see Russia as an enemy of the United States, and thus approving of their recent laws would be "anti-American" in some fashion. The thinking of these types of individual is something I've never particularly understood, I must admit.

However, I was absolutely shocked, floored, and strangely happy when I heard about archconservative eccentric Glenn Beck's comments about this situation on a recent CNN interview. He said he would "stand with GLAAD" and any other organization that opposes the anti-gay propaganda laws in Russia, and that the enactment of them should be considered "hetero-fascism."

This is not a liberal arts college's LGBT*Q studies professor offering a comment, this is GLENN BECK!

I have to admit, in the long involvement I've had with LGBT*Q activism and spirituality, I'm used to finding allies in certain areas more often than others. But then, there are groups and individuals whom I have assumed would never come to such a position—and, as a result of Beck's statements, I freely admit I've assumed this wrongly!

In so many recent discussions (which are often debates, and more often still mutual tirades, debacles, and fracases of the most poisonous variety) within and with those outside of the modern polytheist communities, there is a sense that many of us have "given up" on ever finding common ground with some individuals in other sections within modern Paganism. Even some friendships across theological and ideological lines have been damaged, if not entirely lost, as a result of these internet disagreements, and this is something to be lamented deeply.

People, far too often, are faster in writing off their apparent opponents than they are in giving them second chances. Often, I think this isn't an unwise tactic, as repeat offenders certainly exist and often never change despite saying they have or they can. But, one can be surprised occasionally, and this incident with Glenn Beck makes me think that the old queer-activist maxim of "don't assume anything!" needs to be remembered and re-deployed far more often than it has been amongst our various communities and in our many endeavors, whether they be activism, spiritual communities, or theological discussions.

One of the best antidotes for homophobia is for someone—especially, it has to be said, heterosexual cisgendered males, who tend to be the worst homophobes—to be as comfortable and integrated in their own sexuality as possible. It is almost impossible to undermine the confidence of a sexually-secure male of this sort, and it is also almost impossibly difficult to find individuals who fit this description in our current culture. (I can only think of a handful that I know personally at the moment, which is sad.) Whether Glenn Beck is one such individual or not I cannot surmise, but I've recently encountered two others who are somewhat high-profile: one is an American that nearly everyone familiar with popular culture for the last twenty years has heard of, and the other is a British comedian who is very familiar across the pond, but of whom many Americans may have never heard.

The American is George Clooney. There have been various rumors of him being "secretly gay" for a number of years now. His response, however, has been rather exemplary:

"I think it's funny, but the last thing you'll ever see me do is jump up and down, saying, 'These are lies!' That would be unfair and unkind to my good friends in the gay community. I'm not going to let anyone make it seem like being gay is a bad thing. My private life is private, and I'm very happy in it. Who does it hurt if someone thinks I'm gay? I'll be long dead and there will still be people who say I was gay. I don't give a shit." 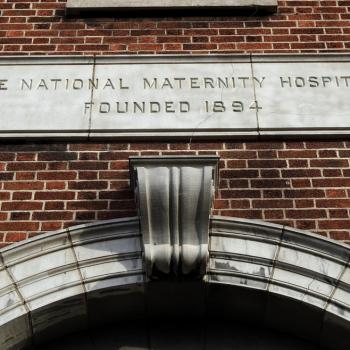 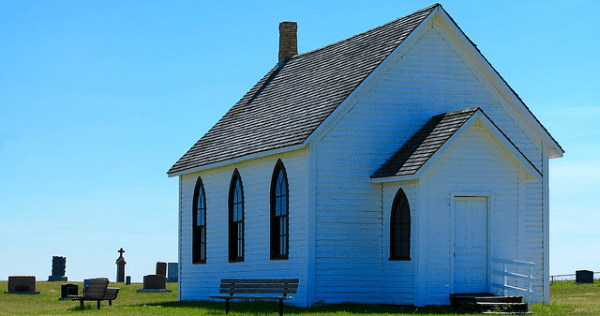 Answering a Question: Can There Be a Church without Doctrines?
Roger E. Olson
4 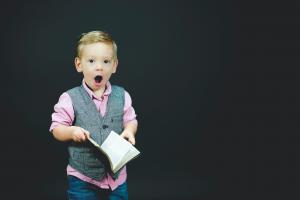