Inter-religious Spirituality and the Contemplative Renaissance

Christianity has a long history of contemplative practice, but many scholars and spiritual teachers within the faith recognize that in the centuries immediately preceding and following the Reformation, the church (at least in the west) largely lost its contemplative heart. Theologian Robert Davis Hughes III, for example, wrote that after the Reformation, "spirituality, especially the more contemplative or mystical side, is marginalized as dangerous to the forces of good order" (Hughes, Beloved Dust, p. 16).

The Reformation, on one level, was a fight over authority: is the leadership of the church the final word on earthly religious authority, or is the Bible? In such a debate, contemplatives and mystics, who find at least some sense of authority in the authenticity of their own experience, are indeed likely to be seen as "dangerous to the forces of good order"—by all parties! And if the marginalization of contemplation began in the church, the rise of science and modernity meant that the spirituality of inner experience became even more suspect. Is it any wonder that dictionaries began defining "mysticism" as, for example, "self-delusion or dreamy confusion of thought" (OED)?

While the late 19th century saw some resurgence of interest in the interior dimension of spirituality, thanks to the work of psychologists like William James or theologians like Friedrich Von Hügel, the 20th century will probably been seen in centuries to come as the age of the renaissance of contemplation in the west. But our age is the also the age of interfaith encounters, indeed, the first era of human history when so many different faith and wisdom traditions have become so readily accessible even to the average person, at least in urban centers (and more recently, through cyberspace). What is interesting to consider is the ways in which these two spiritual megatrends—the rebirth of Christian contemplation in the west, and the rise of interfaith dialogue and encounter—seem to be interrelated.

Let me offer a bit of anecdotal evidence.

Would the Christian contemplative renaissance have happened as fully or as quickly without the kind of inter-religious cross-fertilization that these examples exemplify? Of course, there's no way to tell. But perhaps it makes sense to say that Christians today who find meaning and value in contemplative spirituality really do owe a debt of gratitude to many non-Christian spiritual teachers, who, instead of seeking to convert Christians to their faith, instead helped Christians to rediscover the treasures in their own. 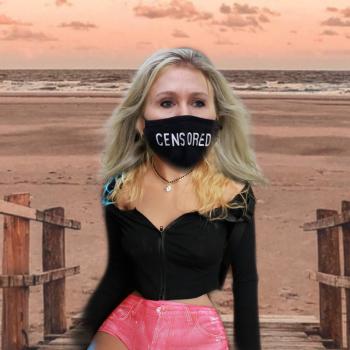 Mike Bird and Nijay Gupta Discussing Romans 16
Michael Bird
Get Patheos Newsletters
Get the latest from Patheos by signing up for our newsletters. Try our 3 most popular, or select from our huge collection of unique and thought-provoking newsletters.
From time to time you will also receive Special Offers from our partners that help us make this content free for you. You can opt out of these offers at any time.
see our full list of newsletters
Editor's picks See all columnists