Whether it's Charlie Sheen in an endless cycle of "gotta-love me" dysfunction, Adam Sandler playing Adam Sandler, Deena Cortez finding her way into a bikini and onto the beach, multiple memoirs by people who haven't done that much and aren't that old, or actors playing part-time king-makers—plainly, there is ample evidence that America is awash in celebrity.

There was a time when I thought that misgivings about how much time and attention we give to celebrity were the kind of thing that only old fogeys bemoan. But over time I've decided that our obsession with it is far more costly than we suppose.

Daniel Boorstin identified some of the costs years ago. Describing celebrity as the phenomenon of being famous for being well-known, Boorstin argued that celebrity creates "a thicket of unreality" that insulates us from the truth and distracts us from events of real importance. He was and is right, and as a journalist he accurately named the price we pay in awareness and focus.

When we consider how little would be left to the average news cycle if we dropped out the endless celebrity content and the political content driven by a culture of celebrity, it is shocking enough. When we consider how much real news from the rest of the world is crowded out by our vapid preoccupation with Hollywood, Madison Avenue, and politics remade in the image of Hollywood, it should be—but often isn't—morally appalling.

As telling as Boorstin's critique can be, however, I have concluded that the price we pay is even higher than we suppose. Our celebrity culture does not just insulate us from reality and nurture what he calls "extravagant expectations." It also robs us of the spiritual depth and character it takes to do the hard and rewarding work of living in the real world. That loss is not the simple arithmetic loss of subtraction. It is the geometric and accelerating cost of lost capacity—a loss of spiritual and intellectual muscle mass. And the more thoroughly the thicket of celebrity insulates us from reality, the more mind-numbingly stupid we become—morally and intellectually.

This is not, I should hasten to note, a problem on one rung of the socio-economic ladder. It is not a malady that plagues one race. And it is not unique to one part of the country. Money and education are not enough to stem the corrosive effects of celebrity. In fact, both education and money are often ensnared and enslaved to celebrity obsessions. All that changes from rung to rung and place to place are the kinds of celebrity at work. Vanity, the desire for instant gratification, and the promise that things will be simple or that others will do the work for us have no social boundaries.

By contrast, heroism and character are hard-won. They take time. Much of the work is unseen. Almost all of it lacks glamour. Much of it does not involve one bright, shining moment, but unstinting fidelity.

In the vast majority of cases, where real character is cultivated, the task of describing what has been accomplished falls to biographers, not the autobiographer (unless the latter is blessed with a long, long life). And it is only those of heroic and deep spiritual character who are prepared to look beyond the thicket of unreality to embrace and confront the truth. Taken together, they are the ones who produce churches, institutions, cities, and nations that are deeply invested in the future, in building, in becoming and doing.

It's summer, the time of the year when we often tell ourselves that we plan to kick back, relax, read a mindless novel, or watch a pointless action film. This week, consider choosing one biography of heroism and character—a story of someone famous for good reasons—the story of someone whose own efforts might take you beyond the thicket of celebrity into your own quest for spiritual depth. If you do, whose story will you read? 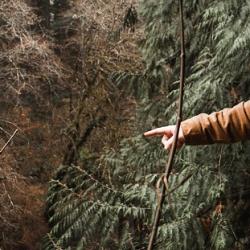 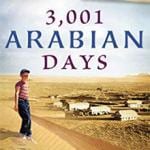 White Privilege: Where Do We Go From Here?
Paul Louis Metzger
4

California Church Fined $10,000 for Breaking the Law With Its In-Person...
Hemant Mehta
Get Patheos Newsletters
Get the latest from Patheos by signing up for our newsletters. Try our 3 most popular, or select from our huge collection of unique and thought-provoking newsletters.
From time to time you will also receive Special Offers from our partners that help us make this content free for you. You can opt out of these offers at any time.
see our full list of newsletters
Editor's picks See all columnists