Regarding Marriage Equality: Who's on God's Team?

What if there were a rationale for marriage equality that could not be refuted by law, religion or doctrine; which would persuade those against it to shift, reasonably and compassionately—a rationale that has not been part of the public discourse?

A person born with any physical anomaly should never marry or have any romantic or sexual life. To do so would be immoral and un-Godly. The person should become resigned to this situation, yet remain compassionate, joyful, loving, patient and good—even if viewed derisively.

What God would decree such injustice? What religion or law would ascribe to it?

A percentage of people are born with so-called "ambiguous" genitalia and gender. They don't choose this reality (or often, this terminology). Previously, doctors assigned a gender, sometimes surgically, and suggested raising children accordingly. Many suffered from these assignments, and now they, and medical experts, advocate the rights of humans to the sanctity of their particular biology, to claim their own gender.

Should intersex people never marry or have any romantic or sexual life, and accept this as a life sentence?

Intersex people represent one to two percent of the population, roughly the same percentage as those with red hair. In other words, people with whom we are in contact. And just as "red" hair is not a delineated category but rather verges on gradations we call "brown" or "blonde," intersex also is not perfectly definable. Science reveals that factors beyond genitalia and appearance relate to gender—hormones, androgen insensitivity, etc. Thus, Olympic committees have sometimes struggled to determine the gender of athletes.

Would God consider these persons "sub-humans" who do not qualify for the "human" team or the fully human experience?

These questions encapsulate the rationale for all humans to have equal rights to their sexuality as they experience it. We now agree that the sun doesn't revolve around the earth. Even staunchly held views evolve as reality is acknowledged. Since medicine acknowledges challenges in determining gender and reveals gender as a continuum, how can religion or law anachronistically cling to decreeing which gender one ought to love?

These questions should be put to clerics, pundits, individuals, and institutions who deign to judge who is right in their sexual or gender identity, or orientation, and thereby accorded the blessings of being sexual beings and the rights to loving partnerships and marriage. Intersex people are people—human beings—who must be included in the conversation regarding marriage equality, which necessarily reconfigures the whole conversation, thus overriding discussion of gay marriage, same-sex marriage and so on.

Should Masculinity and Femininity Be Certified?

Where we cannot establish gender, we cannot define opposite gender. If intersex people should not be denied the right to choose partners of any gender, how can we exclude anyone from this right? We would, otherwise, require boards certifying marriage partners as either clearly ambiguous or strictly male or strictly female—physiologically, hormonally, behaviorally and otherwise. This would create endless opportunities for bias and prejudice.

We don't assess appearance or measure body parts or hormone levels before issuing marriage licenses. In so-called "traditional" marriages, some partners cheat, pursue extramarital relations (both hetero and homosexual), enter marriage on a pretense of heterosexuality, act aggressively toward their spouse or children, and so on. While gender is irrelevant to values, marriage is available to a huge spectrum of people behaving in what many would consider non-ideal ways.

The argument that people choose their sexual orientation, and can choose differently, is also irrelevant, unless we enact policies or laws based on ranking all nuanced behaviors as sufficiently masculine or feminine choices. It is absurd to imagine a strictly enforced requirement for indefinable characteristics. (Who is assertive, nurturing, graceful, aggressive, strong, or demur enough to be deemed "properly" masculine or feminine?) This point, too, should settle the issue of marriage equality.

Meanwhile, heterosexuals who speak against others enjoying the joys and rights they reserve exhibit something like white supremacy—an innate superiority and lack of compassion, as if deserving credit for their privileged orientation while those "others" deserve their unfortunate state. Heterosexuals didn't choose their state and wouldn't/couldn't choose an alternative one, just as LGBTI (lesbian, gay, bisexual, transgender, intersex) people don't choose theirs and cannot simply switch.

Those who teach, preach or rail against LGBTI equality should ask themselves what they are contributing to the culture of hatred, teasing, bullying, depression, assault and suicide, which disproportionately impacts these groups. Can't we all better apportion our energy and righteous indignation toward critical issues such as war, poverty or environmental degradation, rather than fixating on whom one loves? 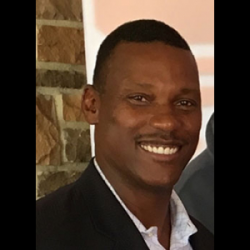 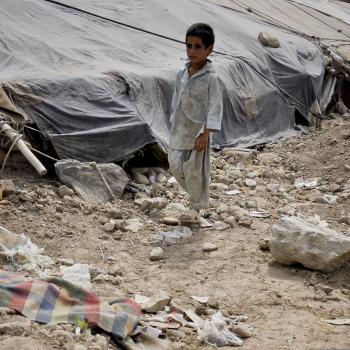 Refugees and the Enduring Cruelty of the War on Terror, Twenty Years Later
Melissa Borja
Get Patheos Newsletters
Get the latest from Patheos by signing up for our newsletters. Try our 3 most popular, or select from our huge collection of unique and thought-provoking newsletters.
From time to time you will also receive Special Offers from our partners that help us make this content free for you. You can opt out of these offers at any time.
see our full list of newsletters