"First Debunk Your Own Brain..." Updating an Aphorism

You hypocrite, first take the log out of your own eye, and then you will see clearly to take the speck out of your neighbor's eye. ~ Matthew 7:5, NRSV

Let me be clear: I am not trying to offer a substitute for the Gospel here. We will continue to need the existing version.

But in this election season in which the spiritual maturity of both candidates and voters are being tested, perhaps it is time to bring a slightly different version to bear on our political behavior and on the task of leadership in general, born of the same spirit:

You hypocrite, first debunk your own brain, and then you will see clearly to debunk your brother's brain.

Why do we believe, repeat, and fight on behalf of so many half-truths, over-simplifications, and myths (to use the last word in its pejorative sense)?

According to recent research highlighted by Josh Fischman in The Chronicle of Higher Education, it is because—quite simply—it just involves too much hard work. Once we have bought into any one of the three, inertia takes over and we intuitively resist the effort needed to retrace our steps or reconsider our position.

In supercharged political environments—or in any situation in which people are attempting to provide leadership there are other factors at work as well:

In response to the difficulties inherent in debunking the thinking of others, Fischman refers his readers to the work of Colleen Seifert and others who suggest a variety of tactics: Offer an alternative explanation of events or facts—and avoid repeating the misleading information.

In reading the article, however, it occurred to me that there is a prior and deeper problem that Fischman doesn't bother to address: the task of identifying and debunking the myths that we ourselves believe.

Without doing that, Fischman's good work runs the risk of simply offering his readers one more strategy for defending half-baked truths, specious assumptions, and flimsy evidence. Heaven knows in the current political and social climate, that is the last thing that we need.

Real leaders and constructive participants in any modern enterprise or dialogue need to be more deeply grounded than that. So how do we go about debunking our own brains first?

Some observations that might also work as strategies are these: 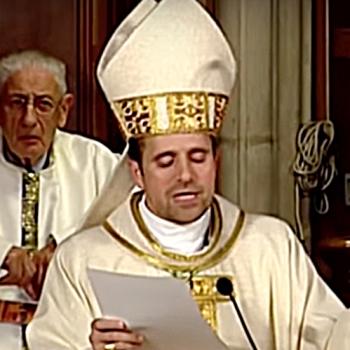 And Now We Are Mothers
Mary Pezzulo
3

We the People!--- Cobham and Vanelli
Ben Witherington
4

4 Reasons Why Men are Drawn to Watching Sports
Shaunti Feldhahn