As the recent report issued by the Pew Foundation observes, those without a religious affiliation of any kind are on the rise: "One-fifth of the U.S. public—and a third of adults under 30—are religiously unaffiliated today, the highest percentages ever in Pew Research Center polling."

If churches do not move more quickly to connect the dots between the spiritual and religious, they have little reason to expect the situation to change. So, how do churches go about doing that?

One: Shed the bureaucratic models that continue to shape the lives of most congregations. A certain amount of self-organization is inevitable and even necessary, but the church is choking on its own bloated structure.

Two: Don't just pray at the beginning of leadership meetings, begin to lead by praying about the decisions and the decision-making process. Knowing where the church ought to be moving begins by asking God-questions. Where and how God is at work in the world is a far better means of determining what the church should do next than simply making the next, obvious business decision.

Three: Then ask We-questions. As the Book of Revelation's seven letters to the seven churches makes clear, every church has a spirit, an angel, a character. That character can be shaped in a haphazard fashion by a hundred and one seemingly rational, parliamentary decisions, or it can be shaped through a process of discernment—by asking where God is moving a given community.

Four: Engage people in an active process of discerning where God is leading each of them. If we persist in forcing people to fit their lives into the church, instead of asking how people attending our churches might change the way we "do" church, we will not only run roughshod over where the Spirit is trying to take us, we will continue to drive people away. There are more tools than perhaps ever before in the history of the church for inviting people to actively embrace the task of discernment. We should train people to use them and we should invite them to apply those tools to their lives.

For many, the shift in attitudes toward religion and church has been traumatic—something to grieve. Many churches view people who identify themselves as "SBNRs" or "Nones" as problems to be fixed. Another way to look at this juncture in the church's history is as one of invitation—an invitation to careful listening—the recovery of ancient spiritual genius—the paring of institutional excesses—and deeper integration and connection with the purposes of God.

In the Quiet Dark
Mary Pezzulo
3 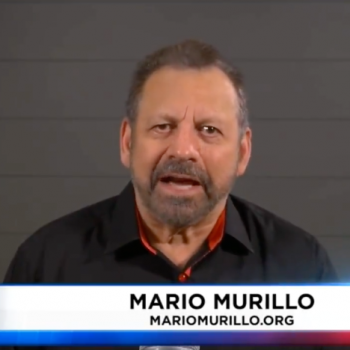 Evangelist: Big Bird Getting Vaccinated is "Demonic" and a "Form of Bullying"
Beth Stoneburner
4 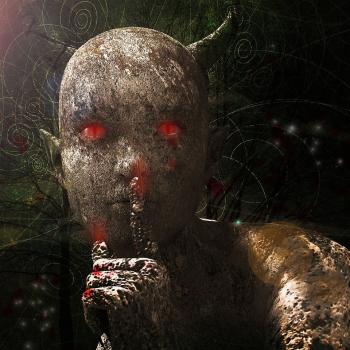 The New Old Religion (or, the Witchcraft of Dorian Gray)
Thumper Forge