There are two important questions that must be addressed concerning the end of the book of Job. How are we to understand Job's so-called "repentance" at 42:1-6? And how does the epilogue of the book (42:7-17) fit in with the entire story? Both questions are crucial if we are to comprehend what the entire tale is about.

First, the "repentance." I have twice put quotation marks around the word "repentance" because I fear that the use of the word to describe what Job in fact does in these verses has been quite misleading. And a good deal of that confusion has resulted from very peculiar, and finally erroneous translations of the verses. Most especially the translations of the RSV and the NRSV are little short of absurd and thus completely misrepresent what the author was trying to do. First let me offer what I think is a more correct way to read these important verses.

Job answered YHWH and said,
"I know that you can do everything
and that none of your desires can be thwarted.
(You said): 'Who in hell confuses design without knowledge?'
That is why I spoke without perception,
things more astonishing to me that I did not know.
(You said): 'Listen and I will speak;
I will question you and you will enlighten me.'
By the ear's hearing I had heard of you,
but now my eyes see you.
As a result, I reject (what I said)
and change my mind on dust and ashes.

The NRSV's so-called "translation" of verse 6—"therefore I despise myself, and repent in dust and ashes"—is so far from the Hebrew text as to be incomprehensible. But more importantly it has added to a thorough misunderstanding of what Job is saying. Job has at last witnessed YHWH, and what he has learned is that the YHWH he thought he knew, the one he had merely "heard about" from foolish teachers like his friends, was not YHWH at all. That mechanical being who supposedly runs the universe in some sort of calculated way, rewarding and punishing depending upon the easily understood actions of God's human creatures, plainly does not exist. The YHWH revealed in the great speeches of the preceding chapters has now been seen as a God overseeing the rich mysteries of a vast and complex cosmos, filled with life and death, huge and terrifying creatures like Behemoth and Leviathan, created by this God, a place where humans are not in the center of things but rather a part only. In short, the ideas that Job and his friends have held about God are flat wrong in every important way.

Thus, Job in his speech first says that he has never denied that God is powerful, acting in ways that God chooses to act (v. 2). He then quotes God's earlier and first question concerning Job's obscuring of God's design of all things (see 38:2), and admits that his speaking was based on false knowledge of God (v. 3). He then proceeds to quote God's demand that Job respond to God's questions about his ignorant questioning of the cosmos (v. 4). Verses 5-6 are that response. Job first says that he had only heard of God from his tradition, that God who rewards and punishes. But thanks to God's brilliant revelation of 38-41, Job now sees God quite differently; that traditional God has been destroyed in the light of God's complex revelation. As a result of that revelation Job now "rejects." This Hebrew verb in every other place of its use employs some sort of direct object. There is no direct object here. The NRSV supplies one, "myself," but in so doing obscures the basic point. Job in no way now "despises himself." Quite the contrary is the truth. He now sees much more clearly how he fits into God's world, not at its center but as a vital part of a complex design. I thus supply the implied direct object "what I said."

Hence, he does not "repent" in a traditional religious sense, falling into submission before an all-powerful deity. Rather, he "changes his mind," the more common understanding of this word. In fact, the most famous use of the word is found in Exodus 32:14 where YHWH "changes God's mind" after listening to Moses' arguments that convince God not to destroy Israel at the sacred mountain of Horeb. Job, after listening and seeing God reveal something of the created order to him, in like manner changes his mind on dust and ashes. Job is human, a part of God's world, and his titanic assaults on God's character that have spiced the dialogue with his friends he now sees have been sparked by ignorance about the truth of things. I suppose one might say that Job has changed his story about God, and because that is so he has "repented" in the very best sense of that word. He has turned his life around and now can live in the world in a fresh and new way.

Revision 3.11 "What Are We to Make of Muhammad?" (An Introductory Comment)
Dan Peterson
2 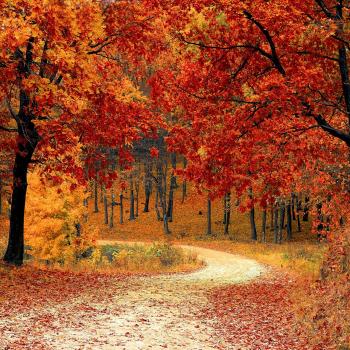 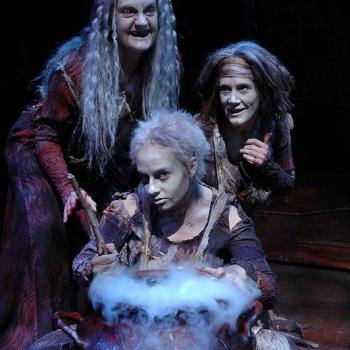 Don’t Abandon Your Dreams: No Small Goals
John Beckett
Get Patheos Newsletters
Get the latest from Patheos by signing up for our newsletters. Try our 3 most popular, or select from our huge collection of unique and thought-provoking newsletters.
From time to time you will also receive Special Offers from our partners that help us make this content free for you. You can opt out of these offers at any time.
see our full list of newsletters
Editor's picks See all columnists