Remember to Forget: Reflections on Isaiah 43:16-21

By the fifth Sunday in Lent, preparations for the events that will unfold in the church during Holy Week are falling into place. The choirs are furiously rehearsing the reams of music they will sing during the week: Palm/Passion Sunday, Maundy Thursday, Good Friday, an Easter Vigil (?), culminated by Easter Sunday where multiple services will tax even the most dedicated chorister. One Easter Sunday years ago, I sang "The Trumpet Shall Sound" from Handel's Messiah six times, for six worship services, starting in the dark of 6:00 a.m. and finally concluding sometime after noon, when the sun had gratefully shown us its shining face. After six booming versions of the "Hallelujah Chorus" what else could any self-respecting sun do?

Those of us who have been in church for a while, whether clergy or lay, have memories of these days piled high in our liturgical brains. That Easter when the lilies did not show up; that Maundy Thursday when Bill just refused to remove his shoes for the foot washing (the sight of his soaked loafers lingers in the mind!); that Good Friday that was almost unbearably moving for reasons that are hard to grasp. Yes, we are nearing the season where memories are fresh, powerful, and unfortunately at times a bit moldy.

Lost in Our Own Exiles, We Forget God's Gifts and Promises

Isaiah had precisely the same problem with his fellow Israelite Babylonian exiles. They remembered their past all too well, that past with YHWH, their God. When they had passed through the waters of the Sea of Reeds an eon ago, YHWH had been with them (Is. 43:2). When they had crossed over the river Jordan so many generations ago, YHWH had been with them (Is. 43:2). When fire and flame had threatened them in the desert of Sinai, and especially when out of a flaming bush had come the word, YHWH had been with them (Is. 43:2). And the promise of YHWH's gift of land and future had sustained them for hundreds of years (Is. 43:3-6), a future that included the centrality of Israel in the world's community of nations. Israel shall be a shining beacon to which all will stream and where all will learn the Torah of YHWH.

These grand memories lay buried now under the rubble of Jerusalem and had been shoved aside by the ghettoes of Tel Aviv in the vast city of the conquering Babylonians. Can we any more rely on such tenuous hopes, such vaporous dreams, when all that was promised has been snatched away: land, temple, king, priests, sacrifice? Even YHWH has apparently been bested by the great Marduk, city god of power and might. The exiles have witnessed first-hand every year the raucous festival of Marduk, Akitu, that celebrated the dying and rising of the eternal god to glory, his silver-draped image paraded through the streets of the city, accompanied by choruses and instruments and priests singing in the ancient tongue of Marduk's victory over his mother Tiamat in cosmic struggle and his gift of the land to his people. How similar it all sounded to those Israelites: gift of land, creation of all that is. Maybe YHWH was not the God who they had been told YHWH was supposed to be? Could they only live on these fading memories? Why not grasp the Marduk idol and learn the sacred tongue of his cult and join the celebration?

We 21st-century Christians run the same risks every Lent, Holy Week, and Easter. Our memories—of when the church was full of glad worshippers, when the choir had more than two aging tenors and more than one alto who can read music, when the "Hallelujah Chorus" rang to the rafters of the church, when the church actually had rafters—threaten to swallow us. We too often yearn for the "good old days," now gone forever, devoured in the changing world, when so much we had expected to endure had not endured, when the preacher is not as good as Sister Emily, when the music minister is part-time, when the congregation can too easily be counted because they are able to sit so far from one another, even now during these High Holy Days.

We, just like those 6th-century B.C.E. exiles, need to hear the astonishing idea that Isaiah now pours into the despairing exilic ears. "Do not remember the former things, nor pay attention to the old things," he trumpets (Is. 43:18). What an absolutely incredible thing to say to people who have spent their lives remembering: what YHWH has done, what YHWH has given, what their ancestors have done and said. It could fairly be said that all religion is based on memory. "Do this in memory of me," we Christians intone every time we eat the bread and drink the cup of the Lord. How in the world can we believe any prophet who demands that we forget those things we have been asked always to remember?

And the answer is: memories can too often get in the way of the new thing of God. And just look at what those old things are, according to Isaiah. The "former things" he bids us forget are more literally "the first things." He uses the first word of the book of Genesis, rosh, whose basic meaning is "head," and by implication "first," "begin," and "start." 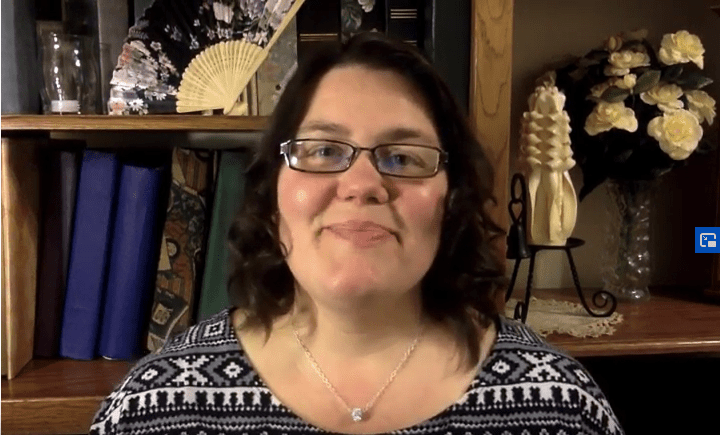 Excuse Me, Have You Found Jesus?
Kristy Robinett
4

Demons!-- Part Thirty Five
Ben Witherington
Get Patheos Newsletters
Get the latest from Patheos by signing up for our newsletters. Try our 3 most popular, or select from our huge collection of unique and thought-provoking newsletters.
From time to time you will also receive Special Offers from our partners that help us make this content free for you. You can opt out of these offers at any time.
see our full list of newsletters
Editor's picks See all columnists