I love films. I enjoy seeing the interplay of media come together in the best of them: the script, the music, the acting, and the visual elements. It's all there. When my schedule doesn't allow me to read for enjoyment, they tell a story in a compact period of time.

I also have wide-ranging interests. I enjoy existentially and intellectually challenging movies, but I can be drawn into science fiction and action films. In fact, truth be told, I can turn the critical apparatus off and just enjoy a film as long as it isn't ham-fisted, unendurably stupid, or filled with bathroom humor and pratfalls.

Lately, though, I've been increasingly troubled by what appear to be trends in the film industry:

All five trends have been on display this summer: Paramount's "World War Z" covered most of the bases. Disney's "The Lone Ranger" bowed to most of them as well. Neither is hardly new in advancing these trends and, judging from the previews, there are more to come.

I write about this with some fear and trepidation, because it seems to me that—for as long as I can remember—critiquing the social messages of the films we make and view has been the stock in trade of columns of this kind.  The criticisms seem to do little to advance the conversation and they feel like the complaints of prudes who have little to do but "mom" our culture. But I think that we are in a very different place than we once were.

As far as mainstream movie making is concerned, for decades the conversation was about what we could put on the screen. Those days are gone. The absolute prohibitions have eroded in the face of the sexual revolution and the explorations of violence long ago passed any definable boundary. Now the questions are, "Why and to what end?"

Of course, the answer to that question can't be given in simple black and white terms. That is why the old complaints about what could or couldn't be put on the screen were so easily dismissed. For every bald, blatant indulgence in pornography there was a storyline that justified dealing more explicitly with sex or violence. What both sides missed in the early debates and what is completely missing now is any sense of chastity, that ancient and often misunderstood spiritual virtue. Chastity is not about abstinence, whatever dictionaries may suggest. It is about a restrained, wise, and thoughtful use of our bodies and our art that honors the lives that we have been given and the world in which we live.

The problem with a lot of film making today is not any individual trend that I've listed above. It is, instead, the near complete absence of that kind of thoughtful restraint. The movies we are making now scream at us, either in over-preening self-sufficiency or in spectacular, world-ending self-immolation. It's often not clear why a particular moment of sexual abuse or destructive violence appears in a film apart from its shock value and the fact that it is now technologically possible to portray it.

What is also disturbing is the attitude of some filmmakers and actors in all of this. Far too many resolutely refuse to reflect on the boundaries surrounding their work and they take refuge in the notion that they are "just entertainers." And, yet, the United States has no larger concentration of self-appointed social architects than does Hollywood, California. It is nothing short of hypocrisy for actors, filmmakers, and the people who finance them to tell us how to live and, at the same time, make a fortune by making movies about the consequence-free destruction of life, limb, and planet.

Integrity, if not chastity, ought to force the worst abusers of their art to surrender their claims to do one or the other. If they refuse to exercise better judgment in the execution of their craft, then perhaps those of us who go to the movies will need to help them. That certainly appears to be the trend with the audience's response to "The Lone Ranger." The film will never recover the investment made in it (at least at the box office) and rightly so. After a lackluster opening, one of the film's makers mused that it's hard to know what went wrong with a movie that was so conscientiously designed to appeal to viewers of all ages. 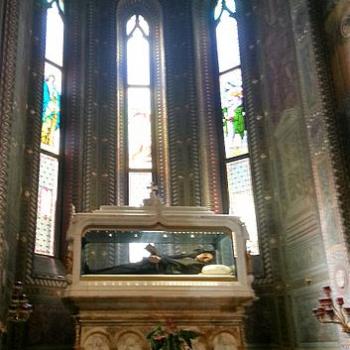 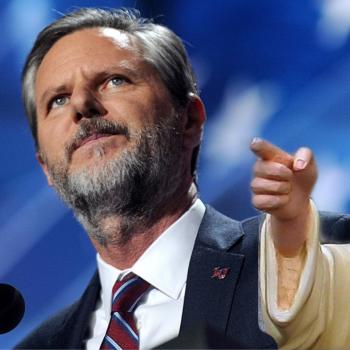 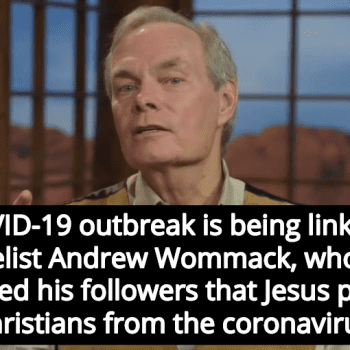 COVID Outbreak Linked To Televangelist Who Claimed Jesus Protects Christians...
Michael Stone
Get Patheos Newsletters
Get the latest from Patheos by signing up for our newsletters. Try our 3 most popular, or select from our huge collection of unique and thought-provoking newsletters.
From time to time you will also receive Special Offers from our partners that help us make this content free for you. You can opt out of these offers at any time.
see our full list of newsletters
Editor's picks See all columnists