Stupid Is as Stupid Does: Reflections on Jeremiah 2:4-13

Last week we spent time setting the historical context of the prophecy of Jeremiah. We noted that the high point of his ministry occurred after the death of the reforming king, Josiah in 609 B.C.E., down to the exile of Israel to Babylon in 587 B.C.E. For some twenty years then Jeremiah confronted Judah, the only remaining state of ancient Israel, with its grievous shortcomings. It can be surmised that these words of chapter two were delivered early in this period, because they represent a kind of summary of the most basic argument that Jeremiah has with his people. Most simply, the prophet announces that Judah's central problem is that those who should be expected to know what YHWH demands of the chosen ones, and should be expected to proclaim those demands far and wide, have in fact abrogated their duty, and instead of being the solution to the issue of widespread ignorance of YHWH have become the lodestones of the problem. His language in this section is nearly unforgettable, but ironically that is precisely what Judah's leaders have done—they have forgotten.

"What sort of evil did your ancestors find in me that they moved far from me, and went after wind and thus became wind themselves" (Jer. 2:5)? Here is the first charge that Jeremiah levels against Judah: Judah's ancestors, those whom YHWH led out of Egypt and brought to the land of promise, found it all too easy to forget YHWH and to turn their allegiance elsewhere. As a result of this search for "wind," they became "wind" themselves. The NRSV's translation of this word, hebel, "worthless," is not wrong, just not in my mind picturesque enough. The most famous use of this term in the Hebrew Bible is found in the first verse of the later poetic book, Koheleth, known more commonly by its Greek/Latin name, Ecclesiastes. "Wind of wind, all is wind," proclaims the deeply cynical author whose desperate search for meaning has come up, quite literally, empty. The KJV translation "vanity" does not do full justice to the emptiness, the insubstantiality, the mist-like quality of this term. One reaches out to grab hebel, and one's hands grab the air. Judah's rejection of YHWH has them reaching for hebel, says Jeremiah, and as a result they have become just like what they have reached for, hebel, too.

And just how have they rejected YHWH? How have they sought wind instead? "They did not say, 'Where is YHWH, who brought us up from the land of Egypt, who led us in the wilderness, a land of dry pits, a place of drought and deep darkness, a land where no one traverses, where no one lives?'" (Jer. 2:6) This is a fascinating claim. Judah has begun its rejection of YHWH by ceasing to tell YHWH's story. The most basic theological affirmation that Israel could make is enshrined most especially in the Ten Commandments' first sentence: "I am YHWH your God, who brought you up out of the land of Egypt, out of the house of slavery" (found in Dt. 5 and Ex. 20). When Judah stopped telling this central story, they had nothing to which to cling of the ancient and hallowed idea and as a useless replacement sought other sources to shore them up in their distresses.

The result of the loss of the story of Israel was disaster. "I brought you into a land of Carmel (plenty) to eat its good fruits. When you entered, you defiled my land; my heritage you turned into an abomination" (Jer. 2:7). YHWH's free and wonderful gift of the land of promise, made first to the patriarch Abram and the matriarch Sarai at the very beginning of the saga of Israel, Judah has defiled and gutted, making YHWH's greatest gift into to'ebah, that terrible priestly term that means religiously repulsive, something to be completely avoided as outside the commands and desires of the Holy One. The land of Israel itself has been made unclean by the monstrous practices of the people of Judah. YHWH's hopes for the people in the land have been dashed, their future and the future of the land itself made dark and dangerous. But why?

"The priests stopped saying, 'Where is YHWH?' The handlers of the Torah did not know me. The shepherds rebelled against me. The prophets prophesied in the name of Baal, lunging after useless things" (Jer. 2:8). This is a comprehensive and appalling accusation. Every category of the leaders of the land has been found derelict in its basic duty to YHWH. One after the other Jeremiah excoriates those whose chief responsibility has long been to keep the story of YHWH alive among the people.

First, the priests have stopped asking the most basic question that they are called to ask, namely, "Where is YHWH?" What is the role of a priest in any age except to ask that crucial question? I have a long-time friend who has taught homiletics to hundreds of students over the years, and he has been most sorry to say to me, more than once, that the least and last subject he hears from his many student sermons each year is God. When he first said this, I found the claim astonishing. But as I then listened to hundreds of student sermons of my own, I fear I can corroborate his claim. We priests speak very little of God. Oh, we talk a lot about what we are supposed to do, how we are supposed to be, how we are supposed to relate to the world's peoples and creatures, but about God we at the last say very little. The result? Confusion and anger and frustration about just why anyone should care about or think about God at all. When we priests stop speaking of God, disaster among the people cannot be far behind. 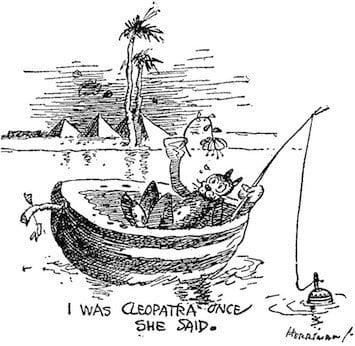 Toujours gai: Or, What to do in Hard Times
James Ford
4 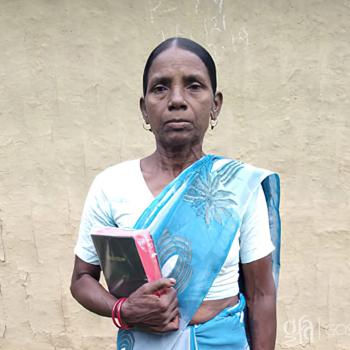 Getting to Know the ‘Crazy’ Woman - Gospel for Asia Church Becomes Family
GFA Staff Writer
Get Patheos Newsletters
Get the latest from Patheos by signing up for our newsletters. Try our 3 most popular, or select from our huge collection of unique and thought-provoking newsletters.
From time to time you will also receive Special Offers from our partners that help us make this content free for you. You can opt out of these offers at any time.
see our full list of newsletters
Editor's picks See all columnists