In the most recent edition of The Living Church, G. Jeffrey MacDonald showcases a new initiative sponsored by the Episcopal dioceses of West Missouri, Kansas, West Kansas, and Nebraska: The Bishop Kemper School of Theology. Described as a new seminary frontier, the article notes that the program is for laity, as well as prospective priests and deacons. The program can be completed for $1800 a year and each class is eight weeks long. The classes convene only once for a day and a half in the name of spiritual formation because, as the school's dean observes, on-line can't accomplish those goals. According to the school's website, the faculty have all had "some form" of advanced theological education and many are even active in parishes.

In an increasingly complex environment facing both the church and theological educators, there are important advances in an effort of this kind: the program embraces training leaders of all kinds—lay and the prospectively ordained. Kemper is experimenting with a different kind of delivery system and the school is mindful that a theological education is not just about imparting information, but lifelong spiritual formation. These are all issues that the modern seminary would do well to address.

On the other hand, it is worth asking what can be accomplished in eight weeks of reading and writing, along with twelve to fifteen hours of face-to-face communication under the leadership of faculty that have "some form" of theological education. Looking ahead, that's not hard to predict because other denominations have already attempted to deliver the same result by offering ordination without the requisite preparation that others are privileged to enjoy:

Advocates of alternatives like the one at Kemper will argue, of course, that these are the very reasons that an approach like the one in Kansas is being used. Fair enough. But that approach simply end-runs the needs we have been avoiding and the questions we have left unanswered.

To make matters worse, the Kemper-solution only exacerbates the problem. There was a time when the Episcopal Church could rightly boast that we had some of the best-educated clergy in the country and many of our seminarians are still among the strongest students. That won't be true much longer if we continue down this road and the church will not be stronger as a result. We will have simply found an expedient means of managing the church's inevitable decline and the trivialization of ordained ministry.

That's hardly a "new frontier." It's a return to a world not unlike the one that Martin Luther critiqued: one without a well-educated clergy and without the means of preparing one. 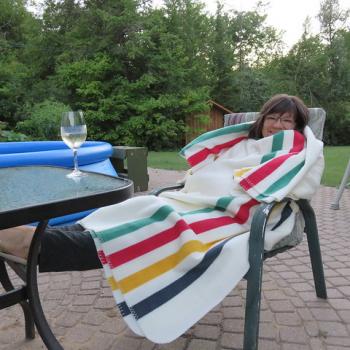 Listening to Sacred Stillness: Wrapping Ourselves in Stillness
Greg Richardson
4

Self-Righteousness, the Devil's Poisoned Arrow
Emily Claire Schmitt
Get Patheos Newsletters
Get the latest from Patheos by signing up for our newsletters. Try our 3 most popular, or select from our huge collection of unique and thought-provoking newsletters.
From time to time you will also receive Special Offers from our partners that help us make this content free for you. You can opt out of these offers at any time.
see our full list of newsletters
Editor's picks See all columnists