YHWH Is Our Righteousness: Reflections on Jeremiah 23:1-6

For this final Sunday of "ordinary time," a period of the church year that I first knew as "Kingdomtide," we return to the work of Jeremiah, that extraordinary prophet who in the past two months held our attention fully for nine weeks. It is fitting that in this anticipatory time in the life of all Christians, Jeremiah would provide a word for us who are wondering at the meanings of the great seasons about to unfold. And, as usual, the prophet offers us warnings and hopes concerning what we are about to experience.

His initial concern, a concern he has shared with us since the accession of the pathetic king, Jehoiakim, to the throne of Judah in 609 B.C.E., is the danger of bad leadership. Kings of the people of God have very specific requirements for success. Those requirements are perhaps best laid out in Psalm 72, a certain song at the coronation of a king. We have no way of knowing when the psalm was written or for how many coronation ceremonies it was used, but we can be sure that it enshrines within its words the deepest hopes that Israel, in the sight of YHWH, had for its leaders.

Give the king your justice, O God,
and your righteousness to the son of the king.
May he judge your people with righteousness,
and your poor with justice (Ps. 72:1-2).

So there it is, as plainly as it can be stated: the king's primary concern is with righteousness and justice, most especially for the poor, the marginalized of the land. Kings, says the psalm, are judged on these capacities, not on the size and success of their armies, the splendor of their courts, the beauties of their oratory. For Jeremiah, the ironies of these kingly requirements are particularly acute.

He knew of a king dedicated to righteousness and justice, one who was deeply concerned with the poor, led by the scroll of something like Deuteronomy discovered in the walls of a rebuilt temple in 622 B.C.E. That king was Josiah, but his disastrous and absurd death in 609 B.C.E. led to the accession of two of his sons, the first little more than a cipher for the power of Babylon, and the second a decidedly wretched example of Israelite kingship who would rather "compete in cedar," as the prophet sarcastically names the king's love of architectural grandeur, than "do justice and righteousness," as his father had done (Jer. 22:15). In brief, Jehoiakim is no king worthy of the name, and Jeremiah with withering scorn spends a significant portion of his oracles castigating the shortcomings of this would-be king.

In chapter 23 he turns to the metaphor of the shepherd to heap more calumny on this king and any others who claim leadership of the people but are in fact no leaders at all. After all, Jeremiah has also seen the accession to the kingship of another Babylonian stooge, Zedekiah, who early played the puppet for Babylon, but then revolted against the giant empire, incurring the wrath of Nebuchadnezzar and the final destruction of Jerusalem. "Woe to the shepherds who destroy and scatter the sheep of my pasture, says YHWH! Therefore, thus says YHWH, God of Israel, against the shepherds who shepherd my people: you have scattered my flock, driven them off, not tending them. Look! I will tend you for your evil actions, says YHWH" (Jer. 23:1-2). These would-be shepherds of Israel, instead of attending to the concerns of their flocks, especially the poor among them, have instead "destroyed and scattered" them. These are no shepherds, but rather marauders, butchers of the flock. There is a nasty pun locked into verse 2. The verb I translate "tend" (pachad) may be read as "tending" or "paying attention," but it can also mean "visit" in the sense of God's visitation in anger and wrath. Though these shepherds have not been paying attention, YHWH has been paying careful attention and will now turn full divine attention on those failed shepherds who themselves will be destroyed and scattered just like their flocks.

Instead, YHWH will "gather the remnant of my flock from all the lands where I have driven them; I will bring them back to their fold where they will be fruitful and multiply" (Jer. 23:3). Jeremiah here predicts the return of the scattered people of Israel, those who have been exiled in 597 B.C.E. and perhaps even those exiled in 587/586 B.C.E., if these words were recorded after the final exile. He insists that the cause of the exile has been the false shepherds of Israel. Despite the failure of these kings, still YHWH will reconstitute the community of God's people who upon their return to the land will be "fruitful and multiply," thus fulfilling the ancient promise of Genesis 1:28.

And after that return of God's people to God's land, God will "raise up shepherds over them who will (actually!) shepherd them. They shall not fear any more, nor be terrified, for they shall not be visited," (the same word as in vs. 2) either by God or by any enemy" (Jer. 23:4). Better days are coming, says Jeremiah, because better leaders will finally appear who will do the bidding of God. 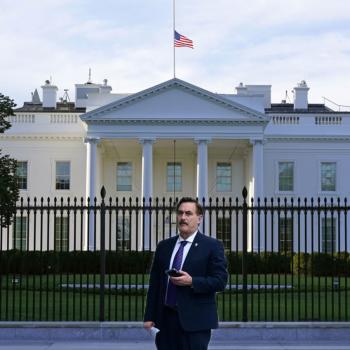 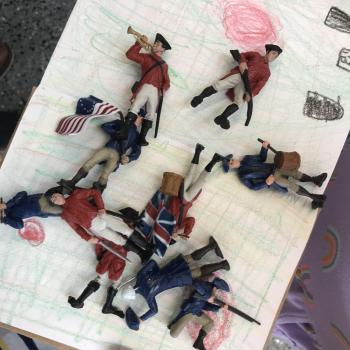 God: Some Unholy Questions for You
Jonathan MS Pearce
4