In the Courtroom with God: Reflections on Micah 6:1-8

Can there be a more familiar scriptural passage in the 21st century than this one? "What does the Lord require of you?" chants the now ubiquitous round that ends more than a few worship services. It is often taken as a kind of summary of what the prophets of Israel had in mind for their people, those people who were so far off base with their God that they were hardly in the same ballpark! The real danger of such texts is their very familiarity; what new about them can possibly be said?

Well, I doubt I have much new to say about it in this brief article, but it might be worth a moment to look for a time at the sort of passage this is. Just where is YHWH summoning the people to be as the punch line of verse 8 is delivered? And the answer is: a courtroom. The legal language winds its way through the passage as a way for us to locate ourselves in it. Micah 6:1 is clear enough: "Stand, plead the case before the mountains; let the hills hear your voice." The scene is thus set immediately. We are in a courtroom. Now of course this is a courtroom found some 2750 years ago, so perhaps we ought to banish from our minds the great scenes of modern courtroom dramas from To Kill a Mockingbird, or Judgment at Nuremberg, or the first trial of O.J. Simpson. Yet, those very dramatic localities, sharply engraved on our minds by television and, now, Google, have the distinct advantage of generating the same emotional power that we can find in ancient Micah.

The prophet is obviously intent on confronting his people with the truth of YHWH's demands for them, demands that they have neglected and overridden for too long. We can hardly know what an ancient Israelite courtroom looked like, but from other places in the Bible we can make some guesses. Ruth describes in chapter 3 of that short story the place of lower court battles, in Ruth's case having to do with property and the rights and privileges of ownership; it is in fact the gate of the city. When very difficult and complex issues arise, we are told that the king is to adjudicate the matter. See 1 Kings 3 as the wise Solomon intuits, or coerces, the truth about who the real mother of the disputed baby is, or 2 Samuel 15 where the usurper, Absalom, son of David, wins the hearts of the people of Israel by convincing them that his father has not "chosen anyone to adjudicate real claims brought to the king" (15:3). If he were king, says Absalom, their cases would receive swift and just action. Hence, actions in court were well known in ancient Israel.

However, the details are rather murky. Was there a judge? The king was one surely, but what about in smaller matters, as in Ruth? Only ten male elders of the city could serve as jury, while in that Ruth case Boaz and the other "next of kin" duke it out in front of them. In Micah's court, however, the jury to hear the case is decidedly odd. They are in fact "mountains and hills," those hoary crags and tree-lined tops that brood over the people and have done so since time began. And that is why Micah chooses them for the jury he envisions. They have seen it all, have witnessed long before Micah has, long before Moses and Joseph and Abraham, the terrible shortcomings of the people of Israel. They simply know, and as a result are the best qualified to hear the testimony of this court.

So, the jury is seated, but who is the defendant? The ready answer is found in 6:2: "YHWH has a bone to pick (more traditionally "a controversy") with Israel, YHWH is ready to go to court (usually "contend") with the chosen people." And this verse also makes it quite clear that the prosecuting attorney is none other than YHWH, creator of skies and earth. And since we 21st-century readers in most cases understand our biblical roles to be those who attempt to hear what YHWH asks—here we must identify with Israel—our ears are as open as those ancient ones who now find themselves, ourselves, in the dock.

The prancing attorney begins. "O, my people, what have I done to you; how have I exhausted you?" (Mic. 6:3) Why are we in this courtroom at all? It all began so well. "I brought you up from the land of Egypt, redeemed you from the house of slavery" (Mic. 6:4a). YHWH begins as YHWH always begins in the first commandment to the people (see Dt. 5 and Ex. 20). YHWH is characterized as the one who saves and redeems, who offers freedom to those who are forever finding their ways back into slavery.

Now, more specifically, Moses, Aaron, and Miriam (a nice bit of inclusion there!) were sent, along with YHWH's handling of the foreign prophet, Balaam, whose intent to curse Israel in the wilderness was thwarted by YHWH (Num. 22-24). These saving acts are well known and recounted and celebrated, but they apparently have had little effect on the people of God's choice.

The prosecution rests, after reminding the defendant of what YHWH has done and implying that YHWH is no different now; God's desire is still to release and redeem and save. So, the defendant speaks, suggesting that in the light of this evidence of YHWH's desire to save and of YHWH's actual saving, they need to pay attention to what YHWH really wants from them. 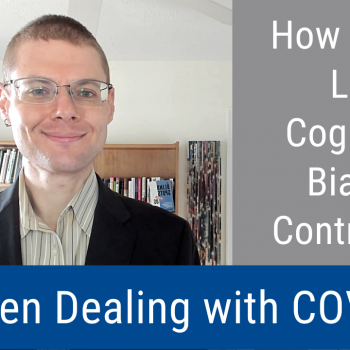 How Not to Let Cognitive Biases Control Us When Dealing with COVID (Video and...
Gleb Tsipursky
2

Dear Oscar: Why “Better Days,” When There Are Better Films?
Andrew Spitznas
3 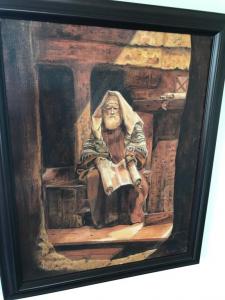 Dangerous Expectations The Peripatetic Preacher
John C Holbert
Get Patheos Newsletters
Get the latest from Patheos by signing up for our newsletters. Try our 3 most popular, or select from our huge collection of unique and thought-provoking newsletters.
From time to time you will also receive Special Offers from our partners that help us make this content free for you. You can opt out of these offers at any time.
see our full list of newsletters
Editor's picks See all columnists