The date and provenance of the prophet Joel ("YHWH is God") is in some dispute, though the bulk of scholarship places his word very late in the history of Israel, perhaps sometime in the middle of the 4th century B.C.E. The immediate occasion for these potent words was apparently a particularly aggressive plague of locusts. Joel 1:4 describes the actions of these devastating insects in unique detail, employing four verbs to indicate their specific actions: "cutting, swarming, hopping, and destroying." I doubt this was the poet's attempt to delineate the specific actions of these creatures in some sort of chronological order of their assault on ancient croplands, but after reading Joel 1:4 one cannot doubt that the coming of locusts was among the most feared events in the ancient world.

An actual locust infestation may have been the immediate cause of Joel's prophecy, but the prophet does not hesitate to see the coming of the locusts as a reminder and a harbinger of the coming of human armies against Israel, armies that have throughout the centuries of the people's history poured into the land, from east, west, and north, leaving very few years when war and its aftermath were absent from the land. And further, the armies are indicative of the anger of God against the chosen people, who have again and again denied the call of God and have gone their own sinful ways. Indeed, if Joel writes in the middle of the 4th century, he finds himself in what has been called an Israelite "dark age." Presumably, the Persians are still masters of the Middle East, but trouble is once again brewing in the western lands where the Greeks are consolidating power, soon to move eastward to confront the Persians and finally to defeat them in a series of land and sea conflicts. Just what does the land of Israel look like under Persian domination?

The people living in the land are now some two hundred years removed from the upheaval of the Exile into Babylon. Those who returned from exile have rebuilt the walls of Jerusalem, to lesser or greater effect, and have rebuilt the temple in Jerusalem. Neither project has lead to a glorious flowering of the people. Some of those living in the north of the land, a now mixed race known as Samaritans, conglomerations of older Israelite stock, descendants of Assyrians who were placed in that land some four hundred years before, and other foreigners too many and too varied to count, have filtered down to the south, looking for better lives as people of any age try to do. Jerusalem is a hodge-podge of peoples, most living on subsistence farms, existing hand-to-mouth at the far western edge of the vast Persian Empire. A horde of locusts, like a marauding band of soldiers, was a most unwelcome visitor to the farms of 4th-century Israel.

Even in our modern world, the origin of a plague of locusts is essentially unknown. Locusts are, in effect, grasshoppers run amok, usually non-flying insects clacking their way along in small groups through the dry grasslands of open deserts. Growing up in Phoenix, Arizona, I witnessed a locust assault some fifty years ago that darkened the sky, devastated the crops of many a farmer, and just as suddenly abated, leaving piles of dry exoskeletons on which we crunched for days. Science tells us that grasshoppers make some sorts of morphological changes under the pressures of too tight living spaces and turn into a vast sea of flying creatures whose whole lives are given over to eating whatever gets in their voracious paths. There is something unearthly about a cloud of locusts, the simple grasshopper become a monster whose maw cannot be filled until lands lie fallow and the people starve.

Little wonder that Joel founds his call to religious conversion on the awesome event of a locust plague, a plague with no apparent origin and no easily expected end. When Joel announces the coming of the plague, he uses words like "darkness and gloom," clouds and thick darkness, and "blackness spread upon the mountains," a gloom I experienced in 1950s Phoenix when the locusts literally blotted out the sun. The proper response to such a supernatural and appalling event must be change—repentance. "Yet, even now, return to me with all your heart, with fasting, with weeping, and with mourning; tear your hearts and not your clothes" (Joel 2:12-13). Sincere change of heart, not merely outward displays of change, are what God demands of the people as they gaze in horror as their livelihoods are devoured by the insatiable insect beasts.

And here of course appears the connection with Ash Wednesday. The church has for centuries set aside the fifty days that precede Easter as a time for self-reflection, for prayer and fasting. In effect, in the light of Joel's dramatic context, we are all to turn especially to fasting and weeping and mourning in the contexts of our own 21st-century plagues of locusts. For just as locusts burst forth with sudden and unexpected ferocity, so violence against women and children bloom in horrific ways unexpected and monstrous. Just as locusts devour everything they can reach with their constantly cutting jaws, so does 21st-century poverty devour the hopes and dreams of billions of our fellow human beings. Just as locusts leave devastation in their wake, so do militarism and hatred and loathing of difference leave oceans of pain and crying in their considerable wake. 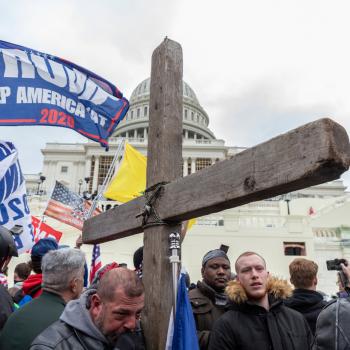 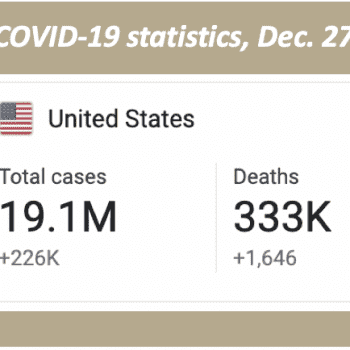 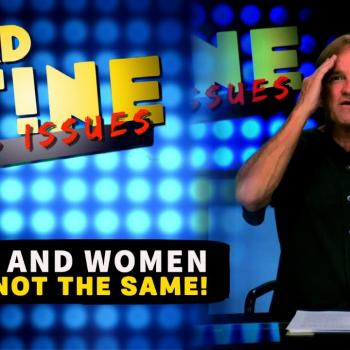 Long Time Gap from Original New Testament Books to Oldest Copies
Bob Seidensticker
Get Patheos Newsletters
Get the latest from Patheos by signing up for our newsletters. Try our 3 most popular, or select from our huge collection of unique and thought-provoking newsletters.
From time to time you will also receive Special Offers from our partners that help us make this content free for you. You can opt out of these offers at any time.
see our full list of newsletters
Editor's picks See all columnists