Note: Edgy Exegesis is glad to offer this week the reflections of a guest columnist, the Rev. Mike Baughman.

It's SHEEP SUNDAY in the lectionary with a slew of shepherd, sheep, and gate metaphors that are generally lost on the majority of people who encounter the text. Our "city slicker" confusion is understandable. After all, our economy tends to value innovation, technology, and industry more than sheep. We don't learn much about sheep or shepherding in school—neither, it seems, did the Pharisees. John 10:6 says that they didn't understand Jesus' metaphors either. We assume that's just because they were being thick-headed, but maybe we can give the Pharisees a break on this one. Like most of us, they've probably spent their lives learning from books, leaving precious little time for sheep, mud, manure, and pasture.

Despite what you might assume about my New Jersey roots, I've had the opportunity to learn a thing or two about sheep from spending time at my friends' farm and learning from Texas friends who grew up with them. Here's what I know:

1) Sheep are filthy animals, generally covered in mud and their own waste. Their wool can tangle around all sorts of nastiness and hold onto it until the shepherd shows up to get it clean. It's a good thing that Woolite works on wool whether it's in a sweater or still on the sheep. The best shepherds use it before shearing.

2) Lambs bleat a gentle "bahhh." Sheep blurt a disturbing "BLAGHGAGHHAGHAFFTT!!!!!" This has led me to plenty of embarrassing falls as I was so startled by the volume, suddenness, and generally demonic tone of the sound. Sheep start out cute, cuddly, and calming. They rarely stay that way through adulthood.

3) Sheep are either suicidal or stupid—probably both. A West Texas Shepherd, Ed Winton, describes them this way: "Sheep are just born looking for a way to die." He can recall countless stories that involve sheep putting themselves in unnecessary peril, much of which could usually be avoided by doing something simple like turning around.

4) Sheep are hard-wired to follow the sheep in front of them. Sheep do know the voice of the shepherd, but will only sometimes follow him or her. They follow other sheep far better than they follow a shepherd. Sometimes, however, sheep will follow a stranger—especially sheep who do not yet know the shepherd well. It takes time for a shepherd to know sheep well enough to tell them apart. Sheep apparently see us the same way.

5) Sheep have poor depth-perception and have a hard time distinguishing a partially open gate along a fence line. Unless a gate is wide open, they need a shepherd to lead a couple sheep through.

The more I learn about sheep, the more accurate (and less flattering) Jesus' metaphor becomes. We are dirty sheep and our very being tangles to all sorts of undesirable things. We don't ever seem to notice because, like feces on wool, our sin slowly clumps together. That which is outside, however, does not corrupt what is inside. Dirty sheep are still incredibly valuable to their owners. So are we to God.

Like sheep, we startle others, sound worse than we think, and involve ourselves in all sorts of self-destructive behavior that we cannot escape on our own.

I believe that Jesus is telling a joke that goes over the heads of the Pharisees when he says that sheep won't follow the voice of a stranger. Of course, we, like sheep, have been led astray by thieves and bandits who intend to do harm! Verses 5 and 8 are soaked in sarcasm, explaining why it is that some have not followed Jesus. The more time the sheep spend with the shepherd, however, the easier it is to identify his distinct voice.

It's helpful to carry our deeper understanding of sheep into verses 7-9. "So again, Jesus said to them, 'Very truly I tell you, I am the gate for the sheep. All who came before me are thieves and bandits; but the sheep did not listen to them. I am the gate. Whoever enters by me will be saved, and will come in and go out and find pasture.'" Yes, Jesus is the way, the truth, and the life. Abundant life is found through him, but for whatever reason we, like sheep, seem to have a dang hard time recognizing the gate when it's right in front of us! We need a God, a shepherd, a gatekeeper to help us find the freedom for which we thirst. 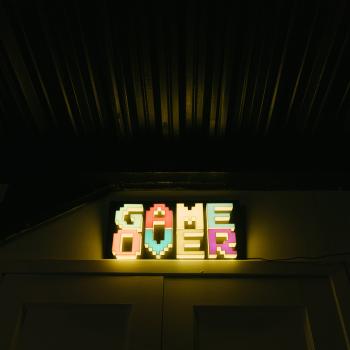 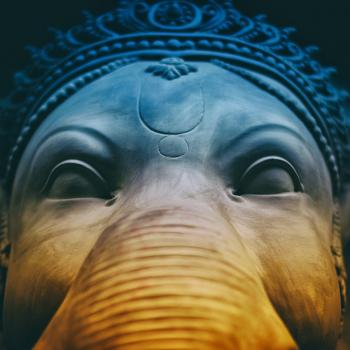 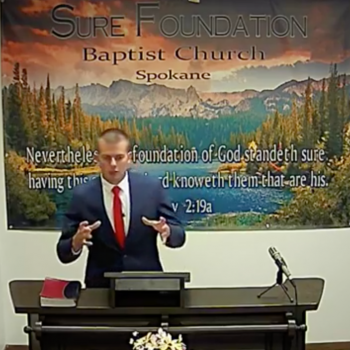 Fundamentalist Preacher: Once Your Honeymoon is Over, "Divorce Is Not an...
Hemant Mehta
Get Patheos Newsletters
Get the latest from Patheos by signing up for our newsletters. Try our 3 most popular, or select from our huge collection of unique and thought-provoking newsletters.
From time to time you will also receive Special Offers from our partners that help us make this content free for you. You can opt out of these offers at any time.
see our full list of newsletters
Editor's picks See all columnists