Speaking Spirit-Language: Reflections on the Day of Pentecost

Note: Edgy Exegesis is glad to offer this week the reflections of a guest columnist, the Rev. David N. Mosser.

I am not edgy, nor is my exegesis. Yet the Acts text for this Sunday has much edginess to offer the church based simply on its broad inclusivity. The day of Pentecost has come; it is now fifty days since Easter. The way Luke reports Pentecost makes it a milestone in the redemption story. Thus, we may recall other Luke transitions: Luke 2:6, "When the time had come for her to deliver her child..." and Luke 9:51, "When the days drew near for him to be taken up…" These occasions too are markers, and with corresponding language.

The coming of the Holy Spirit also marks a kind of fulfillment—a transition. As we know, language can be a measure of fulfillment. Couples in love that want to "take it to the next level" may speak or hear the words, "Will you marry me?" What graduating student has not fantasized about this week's appropriate words: "I present the graduating class of 2014"? Language marks transitions and makes things happen for all of us, and this includes the faith journey. Language for some is easy, while for others difficult. Nonetheless, one way or another, speaking spirit-language is a large slice of our Christian heritage.

Each of us has heard the Acts story of Pentecost many times. Each year it is the First Pentecost Reading in the Revised Common Lectionary. Consequently, we exegete few texts more than Acts 2. We know that a major influence of Acts 2 is a Pentecostal faith-language highlighted by, "As they were all together in one place, divided by nationality and race, suddenly they were all able to understand numerous other languages." God's spirit made Pentecost happen. This Holy Spirit not only appeared to the eyes as tongues as of flames of fire, but the spirit also sounded like the rush of a mighty wind to the ears. The many "known" languages undid Babel's tower story (see Genesis 11).

The day of Pentecost reminds us how we were before God brought us together. Certainly the disciples "were all together in one place." But they were like "sheep which have no shepherd" (Num. 27:17; 2 Chr. 18:16; Mt. 9:36, and Mk. 6:34). Beyond this, the twelve and other random followers were mostly afraid, confused, and paralyzed by not knowing what to do next.

Suddenly this haphazard group of believers, teetering on the edges of unbelief or at least having little confidence in what God's future held for them, experienced something extraordinary. They understood one another. No other force could unite a group this diverse as the Holy Spirit did that day of Pentecost.

The same is true I suppose today too. Only God's spirit can unite people like us. Like a mother who seems to be the only one in the house who can get all the children pulling in the same direction, so too does the spirit do this for us. Even the lofty theologian Paul valued the mother-son relationship, writing: "Greet Rufus, chosen in the Lord; and greet his mother—a mother to me also" (Rom. 16:13). St. Cyprian said as well as any when he stated: "He can no longer have God for his Father who has not the Church for his mother" (De unitate ecclesiae, vi.). Thank God for the Holy Spirit that takes a group of haphazard individuals and crafts, shapes, forms us into the Body of Christ—the household of faith.

The task of learning the whole language of faith, both in its joy and in its sorrow, is difficult. There should be no argument about this difficulty! The day of Pentecost, however, reminds us that it is God who sends the spirit upon the people. Speaking faith language is not dependent upon our own strength or wisdom, but rather our faith-language God offers as a precious gift—given, received, and used by people in the community of faith—for the whole people of God.

The Downfall of a Prophet
John Beckett
2

Digital Deception: How We Ended Up Here And What We Can Do To Save Ourselves
Rev. Brandan J. Robertson
3

The Source of our Hope
Coyle Neal
4 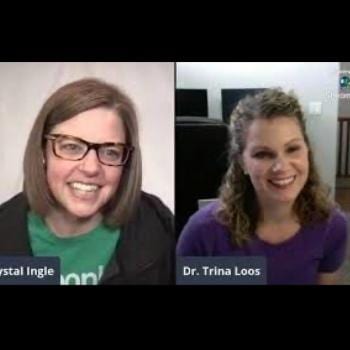 Guest Post | Crystal interviews Dr. Trina Loos about anxiety
Jared Ingle
Get Patheos Newsletters
Get the latest from Patheos by signing up for our newsletters. Try our 3 most popular, or select from our huge collection of unique and thought-provoking newsletters.
From time to time you will also receive Special Offers from our partners that help us make this content free for you. You can opt out of these offers at any time.
see our full list of newsletters
Editor's picks See all columnists 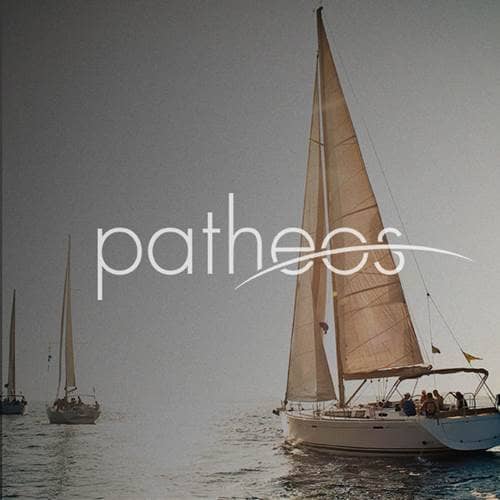