Ezekiel is often a tough nut to crack. If he is not imagining wheels within wheels (chapter 1), or chowing down on divinely offered scrolls (chapter 3), or using highly offensive female language metaphors to excoriate his own people (chapter 23), then he is viewing idolatrous creepy, crawly creatures in the heart of the Jerusalem temple just before YHWH offers a new and cleaner temple to him and the people (chapters 40-46). Yes, a modern psychiatrist would have a long series of sessions with this guy, searching for any number of well-known psychoses; she might even find one or two new ones.

But of course psychoanalyzing a Hebrew prophet is rather like reading a biology textbook for its literary style —wrong category, wrong approach. Ezekiel, however weird he sounds in our modern ears, is doing what all Israelite prophets are called to do, and that is to bring the word of YHWH into the world in which they live. And that always means that what they say, very few people are glad to hear. Ezekiel 34 is a parade example of ideas and themes that Israel's leaders are little likely to find pleasurable to their comfortable lives.

And, of course, that is the problem at the heart of the message of the prophets from the time that Nathan confronted David with his actions of adultery and murder some 350 years (or so) before Ezekiel began his unpleasant speeches: a few folk are very comfortable at the expense of a whole lot of folk who have made, usually against their will, that comfort for the few possible. And here Ezekiel uses his observations of sheep to make the point.

Everybody, and I mean everybody, within the sound of Ezekiel's voice and the reach of his stylus, knew a great deal about sheep. It might be said that there were always in the land of promise far more sheep than people, their little round droppings dotting the hillsides and roadways of Israel for all the years that anyone lived in that land. Sheep were ubiquitous, and their behaviors could not be mysterious to anyone. All knew that sheep were stupid, among the most dense of God's wonderful creatures. They had only simple goals in life, and that was to eat and eat and eat, to breed and breed and breed, to evacuate and evacuate and evacuate, and to serve their human masters with wool and meat and horn. But they did all this without a shred of cleverness or individual initiative. They followed their own leaders, ramming their snouts into the backside of the one in front of them, hardly looking where they were going, and too often ending up high in the hills, precariously perched by rushing streams, invitingly waiting for predators to grab them and take them squealing away.

When the psalmist claimed that YHWH is shepherd, and we are sheep, she was not saying much complimentary about who we humans were. And so it is with Ezekiel. The treatment of flocks of sheep becomes a metaphor for the evil rulers of Israel, and Ezekiel says that YHWH, who is the only true shepherd of the flock, will once again exert divine authority over the flock, and at the same time will stop the so-called human shepherds from feeding on the flock rather than shepherding them.

And just who are these foul shepherds, these worthless leaders of the flock of Israel? I imagine the categories to be four. Of course, the last kings of the land were failed leaders, every one, from the hopeless sons of Josiah —Jehoiakim and Jehoiakin —right down to Zedekiah, the Babylonian puppet turned rebel, who in 587 B.C.E. was blinded right after seeing his family murdered, and carted off to ignominious exile in Babylon. These so-called kings ruled Judah from 609 to the end of Judah in 587. Jeremiah spent nearly all of his prophetic spleen on all of them, and Ezekiel, his near contemporary and immediate successor, continued the assault. These kings were not shepherds, but wolves, devouring the flock rather than caring for them (Ezek. 34:1-10).

But now, sometime in the exile in Babylon, between 597 B.C.E. (perhaps the year when Ezekiel was taken into foreign captivity) and 539 B.C.E. when Cyrus the Persian allowed the Israelite exiles to return to a wasted Jerusalem, Ezekiel announces that the role of shepherd has once again been resumed by YHWH. God will examine the flock of Israel and will act as shepherds should act. YHWH will "seek the scattered" will "rescue them," and lead them to "rich pastures on the mountains of Israel" (Ezek. 34:12,14). Not only that, but YHWH will also "strengthen the weak, but the fat and the strong I will destroy. I will feed them with justice" (Ezek. 34:16). In other words, YHWH is not only in the business of gathering and rescuing, binding and healing.

YHWH is also bent on applying justice, that quintessential prophetic word, to the inequities and iniquities of the land.

The last sentence of 34:16 has in fact a double meaning. YHWH will act with justice in separating and destroying the fat rams from those they have exploited, but one can also hear that YHWH will literally "feed the people with justice." They need to eat justice in order that justice can become the fiber of their lives, so that they may live with justice in the renewed land that Ezekiel envisions later in his prophecy. 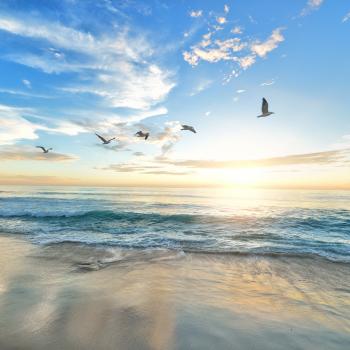 Could John the Baptist Have Been From Nazareth?
James McGrath
4 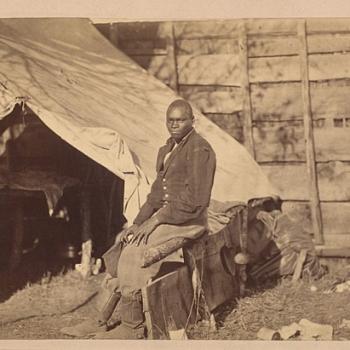 Black Americans Were the Critical Factor in Winning the Civil War
John Mark N. Reynolds
Get Patheos Newsletters
Get the latest from Patheos by signing up for our newsletters. Try our 3 most popular, or select from our huge collection of unique and thought-provoking newsletters.
From time to time you will also receive Special Offers from our partners that help us make this content free for you. You can opt out of these offers at any time.
see our full list of newsletters
Editor's picks See all columnists