Many believers today believe that they are living in exile. No, I do not mean those millions of migrants who have been forced from their homes by war or famine or terror, or a combination of all three. Surely, those may be said to be in a literal exile. Today, however, I wish to think about those among us who imagine themselves to be in a kind of exile from the home they thought they knew, or the home they imagined that they knew, or the home they long wanted their place to be. There is a significant movement in the world that thinks the world in which they now live, whether east or west, is not at all the world they wanted, and that for many reasons.

Early last month, two very angry Muslim believers burst into the offices of a small, satiric magazine in Paris called Charlie Hebdo. This struggling newspaper with a very tiny readership but rather large notoriety has spent the past few years skewering any and all religious, social, and political groups that constitute contemporary France, from the nation's president to Jesus of Nazareth, to the prophet Mohammed. In the long tradition of free-thinking France, Charlie Hebdo pulled no punches in its raunchy assault on everything they could think of. As a direct result of their targets, more specifically Islam, some soldiers of al-Queda or ISIS or a related group came to their offices, armed to the teeth with automatic weapons, and gunned down twelve of those who worked at the magazine, leaving at least four more in critical condition.

This act, the latest in a horrifying array of bloodletting in the name of religion, brings all involved into a sense of exile. The killers are in exile in a country — they purportedly spoke fluent French — that simply does not value what they value. Free-range satire can have no place in their worldview. At the same time, the more traditional French citizen, long accustomed to absolutely free thought in all things, can hardly imagine such an assault on their cherished ideals of that free thought, and are also in exile from the country that they have loved and prized since the 18th-century revolution and before. It is nothing less than a clash of the ways we all think about the world that we share; all things subject to ridicule and satire versus some things completely off limits for such verbal shenanigans.

It is predictable how the two sides would respond. Ordinary French citizens, almost completely secular and deeply suspicious of any religious beliefs, meet together in great numbers of outraged groups, and proclaim that "We are all Charlie." For those who mounted the attack, and for those who agree that a war is being waged against any who would demean or denigrate the central people and tenets of Islam, the killing was fully justified. The prophet Mohammed and the Quran he wrote at the direct instigation of an angel of Allah cannot be made fun of, lest he and his followers suffer the indignities of criticism and denial of their eternal truths. It is an impasse, but both are in exile in their own quite different ways.

It was just so in the exile of Israel, nearly 2600 years ago. The promises of YHWH for a land of promise, a king directly descended from the great David, a temple filled with priests and faithful sacrifices, all had disappeared in the smoke of Nebuchadnezzar's destruction of Jerusalem and his removal to his Babylonian capital of all those in the Holy City who were leaders of the community. They found themselves living in a ghetto, near the river Chebar, that they named Tel-Aviv, and settled in for a very new sort of life. They were most assuredly in exile from all they knew and expected. Like the French today and like their killers, the world they wanted was not the world they now had.

"Why?" was the question on nearly everyone's lips. Answers flowed in profusion. "You were evil, as our prophets warned, and the result is exile. If you had more carefully followed the demands of YHWH, you would not be here," shouted some. "Well, these things simply happen; there is no clear explanation. Life is hard and confusing and finally inexplicable. Grin and bear it," mused others. Job said, in effect, "The God you thought you knew was clearly not the God who really is. The true God is mysterious, wonderful, not readily grasped, but fully open to your harshest questions, so ask away. Pull no punches. YHWH will speak, but not to those who want merely the easy way, the old way, the traditional way. Partner with that God in the running of the world."

Isaiah of the exile was having none of that. "Why do you say, O Jacob, and speak, O Israel, 'My way is hidden from YHWH, and my right is disregarded by my God'" (Is. 40:27)? He rejects and chides any of the exiles who would answer the why of that exile by whining that God not only does not see what I am doing but also refuses to treat me in the righteous way that God supposedly assures will be mine. I have been righteous, and I demand to be treated as such! 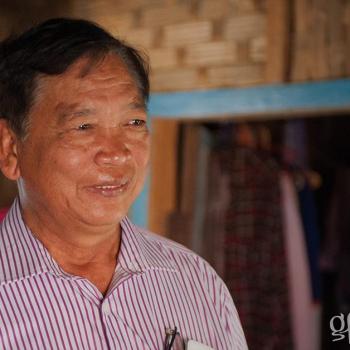 Gospel for Asia Missionary Shares, "Love is the Most Powerful Weapon We Have"
GFA Staff Writer
3 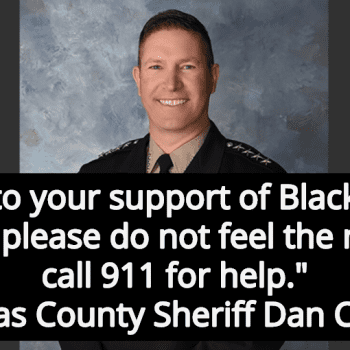 Trump Considers Destroying Rainforests
Andrew Hall
Get Patheos Newsletters
Get the latest from Patheos by signing up for our newsletters. Try our 3 most popular, or select from our huge collection of unique and thought-provoking newsletters.
From time to time you will also receive Special Offers from our partners that help us make this content free for you. You can opt out of these offers at any time.
see our full list of newsletters
Editor's picks See all columnists