A Warning to the Righteous: Reflections on Psalm 4

We continue our perusal of the Psalms with a look at Psalm 4, which I find most interesting. If the texts for the season of Easter are an attempt to examine the ways that Easter people should now conduct themselves in the glaring light of the resurrection, Psalm 4 is a helpful inquiry into a subject that is current at any time, but seems especially important in the spring of 2015. That subject is: just who are God's righteous ones, how exactly can you tell when you meet one, and how do you speak as a righteous one or to a righteous one?

The psalm begins familiarly enough with a call to YHWH for help in a time of unnamed distress.

The latter phrase, "God of my right," is ambiguous. The last word, "right," could also be translated "righteousness." Is the psalmist asking God to guarantee her "rightness," her vindication against enemies, or is she asking for God to insure that she remains a righteous one, that is, a morally upright person? The following line suggests that the answer to the ambiguity is the former; this supplicant wants God to protect her and help her win victory over her foes.

"While in distress, you made room for me.
Be gracious, and hear my prayer."

The poet urges God to listen to her pain and fear, while thanking God for saving a place for her while she was in serious distress.

In apparent response to that prayer, YHWH says,

"O humanity, how long shall my glory be shamed;
How long will you love emptiness and lunge for lies?"

I have translated directly from the MT, that is the Masoretic text of the Hebrew Bible, but footnotes in my text suggest that other versions of the line read differently. For example, the Septuagint, the 3rd-2nd-century B.C.E. Greek translation, reads "his glory," suggesting that the psalmist continues to speak of God, while the Syriac version, a somewhat later translation in a form of Aramaic, reads "your glory," suggesting that the poet continues to pray to God. I prefer the MT, because it offers God's own response to the prayer of the psalmist. YHWH, according to the psalmist, is sick and tired of being shamed by the so-called believers, who are ever ready for emptiness and lies rather than the true glory of YHWH.

The poet then literally separates herself from those lie lovers of verse 2 in verse 3.

"You must know that YHWH has separated the chasid for God's own self;
YHWH listens whenever I cry to God!"

This poet demands from God protection and affirmation of her rightness over against the lying ones who stand over against her. She calls herself chasid, rendered "faithful" in NRSV. The word in later Jewish tradition was and is used to refer to a special sect of Jewish believers who saw themselves as the only faithful Jews in a sea of unbelievers.

A visit to Crown Heights in Brooklyn, NY today would reveal a large community of the chasidim, identified by their complete separation from the teeming mobs of New Yorkers, wearing black long robes, white tassels protruding from their waists, and black felt hats, covering prominent ear locks on the men. The women are followed by a large brood of children, all dressed in careful modesty. One of the meanings of the word chasid is "separate," and these New York chasidim take the word very literally. In all practices of daily living, they separate themselves from the secular ocean in which they live.

By the following comments of the dangers of such separation, I in no way wish to denigrate these Jews; they have chosen a life of strict devotion to YHWH in all things that we Christians, especially we Sunday-only Christians, could learn much from. Nevertheless, the danger in such separation appears obvious. By announcing that my way is the right way, I say clearly and forcefully that your way is not correct, your approach to God is flawed, and finally that God can never be pleased with you unless you recognize my way and join me in it. This is the way of Psalm 4:3; YHWH has separated the genuine faithful ones from those God has rejected; God only listens to me, a faithful one, when I call, when I pray.

Given that reading of the first three verses, I can then only hear verses 4-5 as YHWH's answer to those who proclaim their own pure righteousness, and by implication, say that any who disagree are by definition not righteous at all.

"Be furious but do not sin!
Speak to yourselves on your own beds, and shut up!"
Offer sacrifices of the right, and trust only in YHWH!"

This is YHWH's response to those who imagine that they are somehow more righteous, more godly, more deeply religious than those who think and act differently. Allow me to unpack what I think the content of that answer is.

This Was Always the Endgame
Libby Anne
2 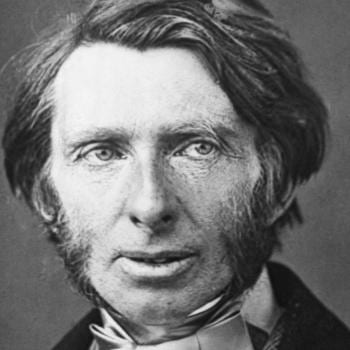 Why Do We Admire Certain Vocations?
Gene Veith
3

Trump Changed My Mind About Confirming a Supreme Court Justice Before the...
Rebecca Hamilton
4 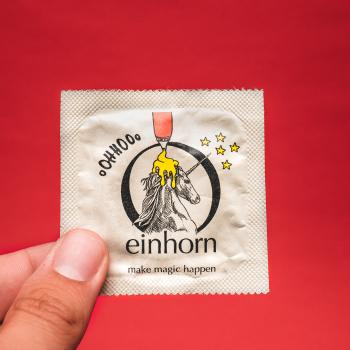 345,000 Used Condoms Intended For Resale Seized By Police
Andrew Hall
Get Patheos Newsletters
Get the latest from Patheos by signing up for our newsletters. Try our 3 most popular, or select from our huge collection of unique and thought-provoking newsletters.
From time to time you will also receive Special Offers from our partners that help us make this content free for you. You can opt out of these offers at any time.
see our full list of newsletters
Editor's picks See all columnists