A closer reading of the most beautiful song may in fact be very useful here. In 1977, in her important book, God and the Rhetoric of Sexuality, Phyllis Trible wrote a chapter on this book entitled "Love's Lyrics Redeemed." The title referred to the dangerous and misused readings of Genesis 2-3 that had served the power of men and denigrated the power of women. But in the most beautiful song, she said, that has been redeemed, changed, altered toward the way of equality. A simple and straightforward reading of Song of Songs 2:8-3:5 makes the point.

At 2:8-9 the woman speaks of the power and beauty of her man, who is like a gazelle, "leaping upon the mountains." That man then speaks at verses 10-11: "Arise, my love, my fair one, and come away; for now the winter is past, the rain is over and gone. The flowers appear on the earth; the time of singing has come." But the woman is far from one merely acted upon. In chapter three, she becomes the actor, rising from her bed, searching eagerly for her beloved man, rushing through the streets of the city. Indeed, when she finds him at last she "held him and would not let him go until I brought him into my mother's house, and into the chamber of her that conceived me" (S. of S. 3:4). It takes little imagination to know what will now happen between these lovers as they find themselves alone on the very bed where the conception of the woman has occurred. And their tryst has been initiated and consummated by the actions of the woman.

If a reader will keep this human equality of activity in mind while reading the remainder of this extraordinary book, perhaps the book could play the role that Trible hoped for it — that of a book that celebrates the wonders of sexual love, but even more redeems the patriarchy and hierarchy that permeates too much of the Bible that we read. I hope that this little known and little read book may play that role for you and for your congregation. 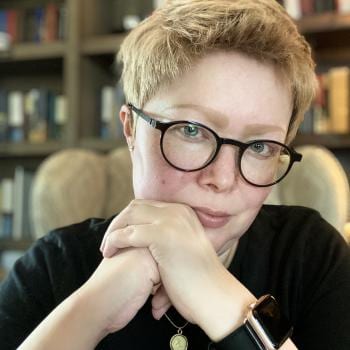 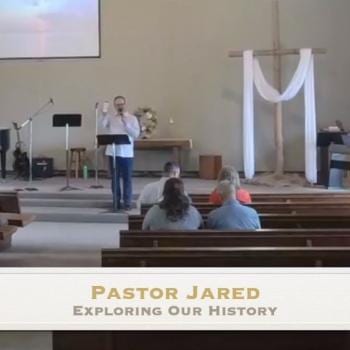 Doctor Who: The Keeper of Traken
James McGrath
Get Patheos Newsletters
Get the latest from Patheos by signing up for our newsletters. Try our 3 most popular, or select from our huge collection of unique and thought-provoking newsletters.
From time to time you will also receive Special Offers from our partners that help us make this content free for you. You can opt out of these offers at any time.
see our full list of newsletters
Editor's picks See all columnists