Genesis 15 is an immensely troubling and immensely hopeful passage in more ways than one brief article can make clear. I want to discuss one troubling feature and one hopeful one, and you preachers may choose whether to be troubling or hopeful on this particular Sunday in Lent. Perhaps you might even be able to be both!

First the troubling bit. I am always immediately suspicious when the lectionary collectors leave out a chunk of writing in the middle of an ongoing tale. Today we find missing from the suggested reading verses 13-16. And why would that be? I think I know. Just as YHWH is about to make an everlasting covenant with Abram, YHWH offers a prefigured announcement of what will happen in the history of the people who will spring from Abram's bosom. "Know this for certain," declares YHWH, "that your offspring will be immigrants and slaves in a land that is not theirs and will be oppressed there for four hundred years. But I will judge the nation that they serve, and they will march out with vast possessions. As for you, you will go to your ancestors peacefully; you will be buried at a good age. In the fourth generation they will return here, because the evil of the Amorites, even they, is not yet complete."

It is difficult to know precisely what to make of all that, but it appears to mean something like the following: YHWH says that Israel, that is Abram's seed, will spend four hundred years in a foreign place, enslaved, but after that long time YHWH will bring them out of that place with great riches. YHWH then assures Abram that he will live a grand long life and will die and be buried in peace. But verse 16 is the real problem. Suddenly YHWH claims that the escapees from slavery will return "here" (the later-named land of Israel) in the fourth generation. That is, the former slaves will not come to the promised land right away, but will delay their return for four generations, because there has to be enough time for the current dwellers in the land, the Amorites, to complete their assigned amount of evil. That appears to mean that once they become evil enough, then YHWH can rightfully drive them out of their land and hand it over to the chosen people. Later in verses 19-21, just who these Amorites are is made clearer by a long list of tribal (?) groups, a horde of difficult to pronounce Hebrew names, all ending with "ites." (I confess I have on occasion added to this list names like "cellulites" and "stalactites," when I am feeling especially frisky!)

This is apparently an attempt on the part of some author to solve an especially sticky theological/ethical problem raised by the expulsion of those who lived in the land prior to the coming of YHWH's Egyptian slaves, the chosen people of YHWH. It turns out, says this ancient apologist, that the original peoples of the land were so evil that they richly deserved expulsion in the face of the entering Israelites, and that expulsion could not rightly occur until they had become evil enough! This sounds rather like the first rationale for the coming of the great flood at Genesis 6:5: "Every inclination of the thoughts of their hearts was only evil all day long." Hence, the flood must come. However, I have suggested in one of my articles several years ago that the flood story has moved away from that simplistic explanation for the terrible actions of YHWH by having YHWH in chapter 8 reveal that human beings even after the flood remain "evil from their youth" (Gen. 8:21). The real change wrought by the flood is to be found in YHWH's unwillingness ever again to destroy the creation, a YHWH of overweening mercy rather than strict judgment, not the so-called cleansing of an evil humanity.

If that reading is correct, the implications for a modern theology/ethics can be disastrous. I need only point to persons as evil in order to find a rationale, in the sight of God, to destroy them. I need not point out the abusive rhetoric of several of our current crop of aspirants to the presidency of the U.S. who have used precisely this sort of reason to announce that once they are elected, they will "turn the sands of the Middle East to glass" under the onslaught of a hail of bombs, or will "kick ISIS' ass," to quote a former governor of a famous northern state. Once I claim to know who is evil and who is not, I soon turn to hatred of that "enemy" and then turn inexorably to ways of destroying them. I suppose I am glad that the lectionary compliers left these verses out, but when I think more deeply about it, I am not glad at all. We need to confront this inclination in us to divide the world between us, the "good guys," and them, "the bad."

So, quick! Off to the hopeful stuff! YHWH shows up to offer Abram a wonderful covenant, first announcing to him what YHWH regularly says upon manifesting Godself to a follower, "Do not be afraid, Abram, I am your shield; your reward will be very great!" (Gen. 15:1). Abram's initial response to these glad tidings is: thanks but I don't believe it! "YHWH God, what can you give me, because I continue childless, and the heir of my house will be Eliezer of Damascus. You have given me no offspring (in case you have not noticed and missed what I just said!). So a slave born in my household will be my heir" (Gen. 15:2-3). Now the surprising and hopeful bit! "Not on your life," says YHWH! "This man will not be your heir! Only one coming out of your own body will be your heir" (Gen. 15:4). 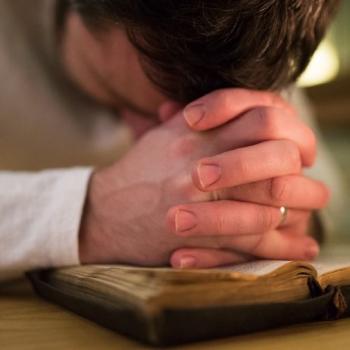 When the Enemy is Attacking Your Marriage
Shaunti Feldhahn
2 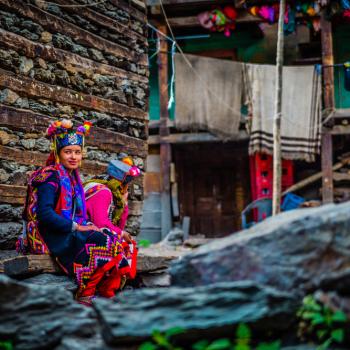 Some Indian Villages Are Refusing COVID Vaccines Due to Religious...
Hemant Mehta
4