But, as usual in these great tales, more is afoot than at first meets the eye. Abraham's cynical chortle uses a verb from which the name "Isaac" is made. Abe's guffaw of disbelief itself announces the child who will, quite miraculously, emerge from the aged womb of Sarah who will see the entire event as "laughable" indeed (Gen. 21:6). But before she finds the humor in the birth of the child, she too will join her husband in a laugh of doubt (Gen. 18:12), once again using that same lovely and prophetic verb.

Thus, the storyteller redeems the ideology; the narrator saves the propagandist's day. But is that fact only the slight trick of clever language, a pun hidden in the translator's toolbox? Does all this mean that only those who read Hebrew get the fun, while the rest are left behind, drowning in time bound ideology? I think not. The larger question of Genesis 17 reminds all of us that God is not confined in any ideology and God is not some mere subject of the propaganda of the powerful or the traditionally religious. Lurking in the wiles of grammar, one can find the God of the possible impossibility, one who can bring life even out of the places of the dead, can bring a child from the womb of a woman well past her day. With a God like this, none of us is past our day; this sort of God still has something for each of us, in spite of our doubts and cynicism, despite our biting laughter of despair. The covenant with God is not confined to the circumcised only; this God wants all of us to join in the work of the covenant of peace and justice, those with or without foreskins and those without penises at all.

A Bobcat in the Suburbs
John Beckett
2 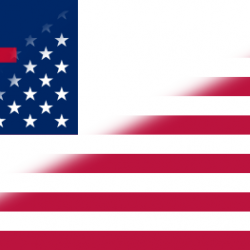 Ontology, Essentialism, Faulty Foundations and, Well, Racism.
Jonathan MS Pearce
Get Patheos Newsletters
Get the latest from Patheos by signing up for our newsletters. Try our 3 most popular, or select from our huge collection of unique and thought-provoking newsletters.
From time to time you will also receive Special Offers from our partners that help us make this content free for you. You can opt out of these offers at any time.
see our full list of newsletters
Editor's picks See all columnists