A Future with Hope: Advent Reflections on Baruch 5:1-9

You may be wondering, "I thought these reflections were entitled, Opening the Old Testament?" Then what in the world is Baruch doing here? Since when is Baruch a part of the Old Testament? The answer: since never. It is, and has been for centuries, a part of the Apocrypha, writings that were not included in the canon of the Scriptures fixed for Protestants at least since the days of Martin Luther. Luther harked back to what may loosely be called the "Palestinian canon" of scripture to make his vernacular German Bible (as opposed to the Alexandrian canon used by Jerome to create the Latin Vulgate). Hence, the Apocrypha, books included in Jerome's translation, but excluded by Luther in part due to the reformer's desire to remove all mention of purgatory, a Roman Catholic doctrine particularly repulsive to him as the source of crude attempts to extort money from believers anxious to keep their loved ones out of lengthy stays in purgatory. Any notion of a so-called purgatory was based primarily on a text from one of the books of Maccabees, a part of the Apocrypha. Luther wanted no part of the Apocrypha in his Bible.

So, since we are part of the Protestant Reformation, that is we United Methodists, along with our mainline brothers and sisters, why spend any time with a "non-biblical" Baruch? And especially at this marvelous time of the year, and on the same Sunday that the wonderful prophecy of Zechariah from Luke's gospel beckons? I would imagine that many of you have flown off to the New Testament already, so I am aware that I am speaking to fewer of you than usual in any case.

Let me suggest to the few of you who remain attentive that a look at Baruch can be very instructive, and quite inspirational, for us Advent folk, especially at this particular time in the history of the U.S. I write this essay only five days removed from a monstrous terrorist attack in the streets of Paris where more than 130 people were killed, and scores injured, some critically. Most of the eight attackers were killed at the scenes of their slaughter, but at least one and perhaps two remain at large. World reaction has been swift. France has unleashed its war planes against targets in the regions controlled by ISIS, a group taking responsibility for the Parisian assaults. The U.S. is stepping up its efforts at coordination with France and other countries, including Russia, flying sorties against ISIS, and offering increased numbers of special operations forces to aid those fighting on the ground, including soldiers from Iraq, Syria, and Turkey. (I should say that the same week of the Paris attacks we saw terrorist assaults in Lebanon and Kenya, equally devastating to those countries. The fact that Paris grabbed the headlines while Kenya and Beirut did not says something about us that I find very troubling, but that is a subject for another day.)

In addition to these bellicose responses, spurred on by hot rhetoric from nearly all leaders of the world, many prominent people here have urged our own government to close the doors to further immigration to the U.S., most especially the idea that no further Syrian refugees from their four-year-old civil war be allowed in. The governor of my own state joined yesterday with many other state governors to announce that this state, Texas, would not welcome any Syrian immigrants henceforth. It was quickly noted that this governor, along with his fellow governors, have no legal grounds to exclude any refugees; once immigrants are legally admitted to the U.S., they, like all citizens, are free to live where they choose. Still, the fear and anger are high.

Baruch lived at such a time as this. Though there is finally no way to be certain exactly when Baruch wrote his small book (we have it only in Greek, though a Hebrew original is almost certain), we can be sure that Israel was under the thumb of one super power or another and had been so for some time. If the book was composed during the 3rd century B.C.E., that power was the Greeks. Many Israelites had high hopes for the Greek king Antiochus III, but those hopes were quickly dashed with the ascension to the throne by Antiochus IV who fancied himself a god (hence his self-given name "Epiphanes," the "manifest One") and whose policies precipitated the Maccabean revolution in the middle of the 2nd century B.C.E. If the book was written later, during the early 1st century C.E., then the power was Roman. In either case, Israel was not a free state when Baruch was writing; the prospects were dim for the future of Israel. The nation was a colony only, its population small and oppressed with many scattered to the four winds.

No doubt, fear was the order of the day. No doubt many of the people felt powerless against those who controlled the land. When fear is the general mood of the people, it is common to hunker down, to restrict one's hopes, to live silently day-to-day as well as one can. Openness to the future ends. 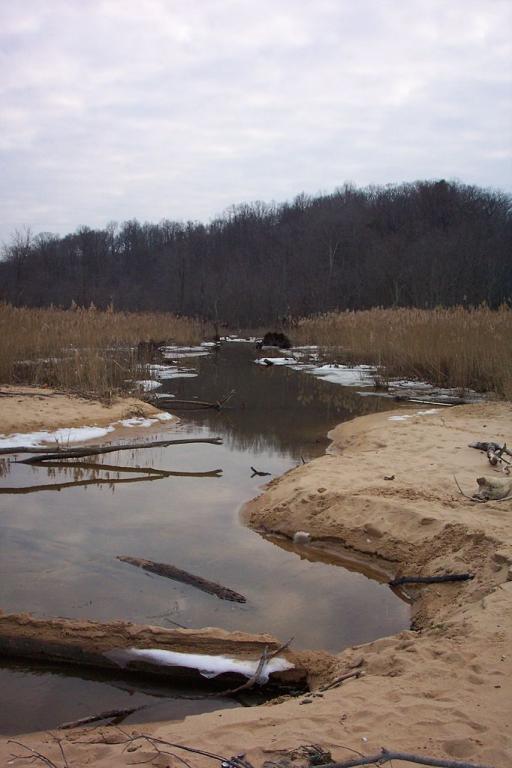 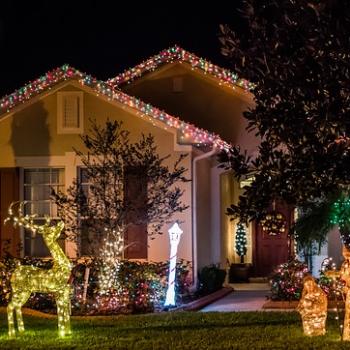 What God Can Do With Suffering
Mary Pezzulo
3 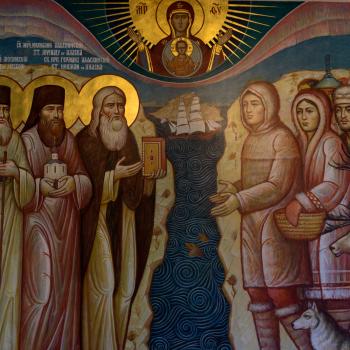