I was not a young mother, but I was a young minister. On the later edge of my teenage years, I felt a call to ordained ministry. No bushes burned and no angels descended.  There were no declarations saying that I was highly favored or part of a grand regal legacy. I had no ideations of marriage or children in my immediate future. I was no Mary.

Yet like Mary, I felt that circumstances, a heart for God and a message delivered by holy beings in human form were telling me that I had to do something for and with God's people. And, like Mary, I was terrified.

Christian traditions often imagine that Mary was afraid of what God's calling would mean for her reputation. She was afraid of what it might mean to be pregnant so young, so unmarried and while so sexually inexperienced. These same things scare many pregnant girls and women today.

Pregnancy brings embodied fears. Will the baby be healthy? Will I be healthy? What if there are complications with the birth? The baby will have so many needs. Can I manage them all? During my pregnancy, I was simultaneously amazed at what my body could do—grow an entire human being and supporting ecosystem—while also dismayed at how little control I had over the outcome.

Like many expectant parents, I had many hopes for my unborn child. Some hopes were high: that the baby will have more opportunities than me, a solid education, a legacy of which to feel proud, less tragedy, a world that is kinder to gendered, racial and sexual minorities. Other hopes were basic: that all of the baby's needs are met, that every organ and limb works as it should, to only know safety and love. While I know that some of these are unrealistic, I was sure I'd bend over backwards to make them happen. At the end of the day, there was nothing I could do to guarantee how my child would turn out. I have never felt more vulnerable in the world.

So I am amazed that Mary could sing what we now call The Magnificat.  How does she move from having a fear that an angel must allay to saying things like, "All generations will call me blessed"? How does she make the transition from the uncertainty of pregnancy to the assurance of a ministry that will not be forgotten?

I imagine that Mary got the same kind of revelation. At some point in her pregnancy, she woke up and realized that she had a ministry. She could no more determine Jesus' path in life than any expectant mother can predict the life her child will lead. She could not control what others would think of her. But she was also more than a cog in a large cosmic plan. Rather, she had something to do with and for God's people. God didn't need her to be extra-holy or super-prayerful. God called her to be her. That Advent lesson is both worthy of praise and remembering for generations to come. 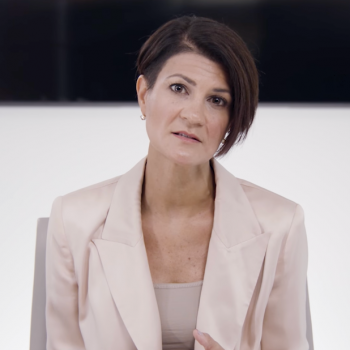 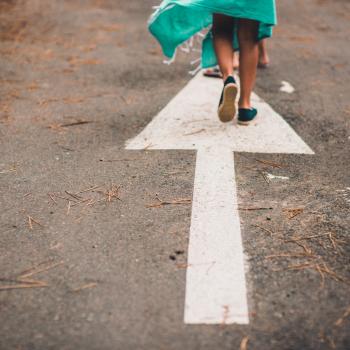 "Do We Have Non-Biblical Evidence that Jesus Existed?"
Dan Peterson
4

New Voodoo Review: Chilling Adventures of Sabrina
Guest Contributor
Get Patheos Newsletters
Get the latest from Patheos by signing up for our newsletters. Try our 3 most popular, or select from our huge collection of unique and thought-provoking newsletters.
From time to time you will also receive Special Offers from our partners that help us make this content free for you. You can opt out of these offers at any time.
see our full list of newsletters
Editor's picks See all columnists